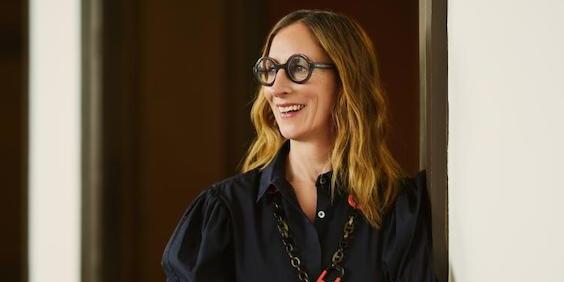 Stephanie Rosenthal has been announced as the new project director of the long-awaited Guggenheim Abu Dhabi, a collaboration between Abu Dhabi’s Department of Culture and Tourism and the Solomon R. Guggenheim Foundation that has been in the works for nearly twenty years. Rosenthal will depart Berlin’s Gropius Bau, where she has served since arriving in 2018 as the gallery’s first female director. In her new role with the Guggenheim, she will take charge of the institution’s forecast 2025 opening, working in tandem with Maisa Al Qassimi, Guggenheim Abu Dhabi’s acting project director for the Department of Culture and Tourism.

While at Gropius Bau, Rosenthal diversified the roster of contemporary artists exhibiting there and inaugurated the museum’s artist-in-residence program. Prior to coming to the German gallery, she put in a decade at London’s Hayward Gallery, where she was chief curator. Her appointment as project director of Guggenheim Abu Dhabi unexpectedly coincides with the death of UAE president Sheikh Khalifa bin Zayed al Nahyan. Khalifa was widely credited with modernizing the country and was a force in elevating its cultural presence on the global stage. Among the projects that flourished under his rule—and, since 2014, when Khalifa suffered a debilitating stroke, that of his brother, Crown Prince Mohammed bin Zayed—are the Louvre Abu Dhabi, in partnership with the Paris museum, and the Guggenheim, with both institutions being built on the cultural hub of Saadiyat Island.

First announced in 2006 with a projected completion date of 2012, Guggenheim Abu Dhabi has encountered numerous delays due to various factors including battles with the Labor Coalition over the working conditions of the migrant laborers retained to construct the institution, and the Covid-19 crisis. The Frank Gehry–designed outpost at the edge of the Persian Gulf will encompass 450,000 square feet, making it roughly twelve times the size of the Guggenheim’s New York flagship. Collection building has continued apace, with the museum assembling some six hundred works dating from 1965 to the present over the past thirteen years.

Previous article“Stone and Fence” by Yasuaki Onishi in Kyoto, Japan
Next articleOur Dad Is an Artist: Thomas Gainsborough’s Daughters