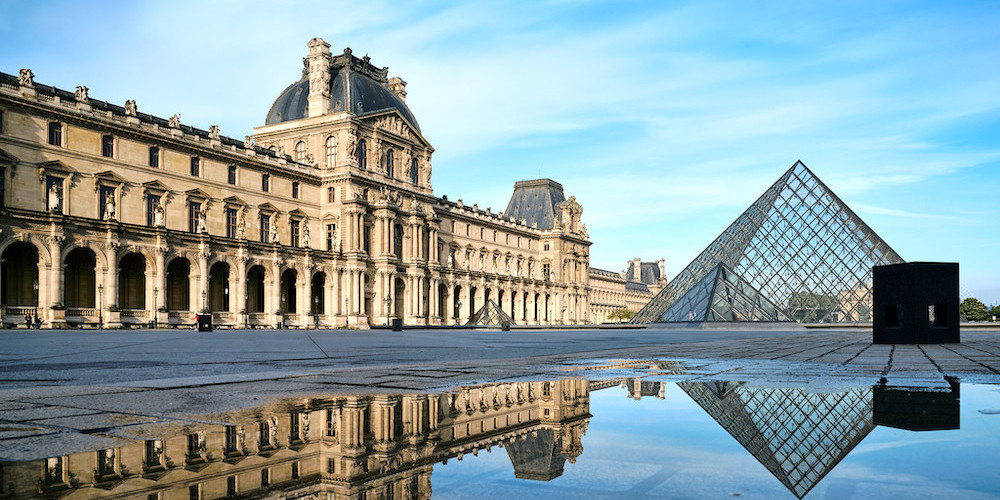 Jean-Luc Martinez, who served as director of the Louvre in Paris from 2013 through 2021, has been charged with trafficking antiquities, according to multiple reports. His indictment late Wednesday evening on charges of “complicity in fraud in an organized gang and laundering by false facilitation of the origin of property” comes after three days of questioning by the French Central Office for Combating Trafficking in Cultural Property (OCBC). Vincent Rondot, who heads the Louvre’s Egyptian department, and Olivier Perdu, a respected Egyptologist, were also detained and questioned but were released without charges pending further investigation.

Martinez, who made headlines late last year as he fought to retain his job before being replaced by Laurence des Cars, the first woman to helm the Louvre, is alleged to have been complicit in the purchase of looted works of art for the Louvre’s yet-to open Abu Dhabi branch. In his capacity as director of the Louvre, Martinez until early this year chaired the joint governmental commission whose approval is required before an object can be acquired by the Louvre Abu Dhabi. He is alleged to have signed off on a number of purchases of artworks despite being aware of their illegal provenance. Martinez has denied the accusations.

The indictment of Martinez follows from the March arrest of German-Lebanese dealer Roben Dib on suspicion of involvement with the sale of looted objects to the Metropolitan Museum of Art, New York, and the Louvre Abu Dhabi. Dib is said to be connected to French dealer Christophe Kunicki, who in 2020 was arrested and charged with running a wide-ranging business trafficking looted objects from Egypt and the Middle East. That arrest stemmed from the sale by Kunicki to the Met of a golden sarcophagus dating to the first century BCE. Having failed to perform due diligence regarding its provenance, Met officials were surprised to be informed by the Manhattan DA’s office that it had been stolen during the Arab Spring of 2011. The museum issued an apology and repatriated the coffin. Martinez is suspected of having approved the purchase of multiple antiquities from both Dib and Kunicki despite being aware that the objects were stolen: Both Dib and Kunicki have denied wrongdoing and have contended that the items in question were legally obtained.