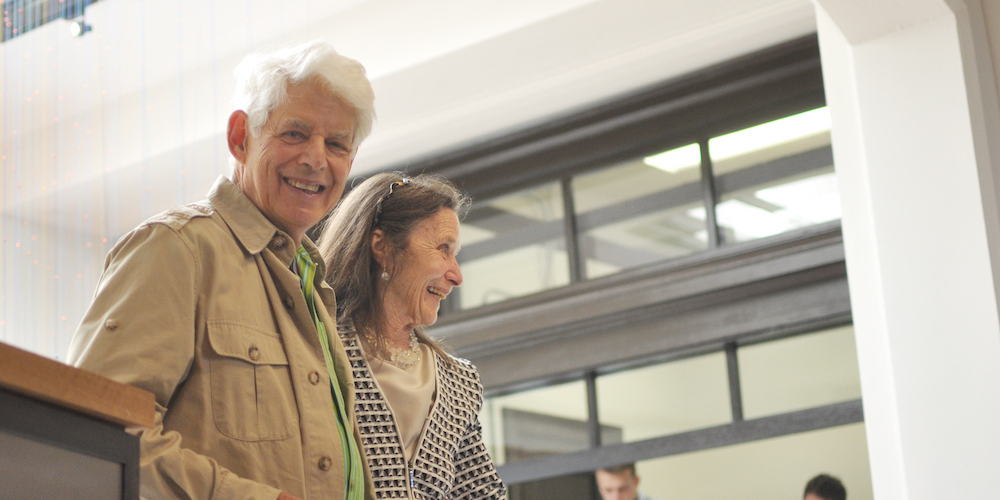 Six cultural institutions have been named as the beneficiaries of an $800,000 grant initiative honoring artists Wolf Kahn (1927–2020) and Emily Mason (1932–2019), who were married for sixty-two years. The grant recipients are Hunter College (Advanced Curatorial Certificate Program), the New York Botanical Garden, the Elizabeth Foundation for the Arts (Robert Blackburn Printmaking Workshop), and the International Print Center, all in New York, and the Brattleboro Museum & Art Center and the Vermont Studio Center, both in Vermont. Each grantee will receive $100,000. The grants are made jointly by the Wolf Kahn Foundation and the Emily Mason | Alice Trumbull Mason Foundation and represent the first collaborative philanthropic initiative between the two organizations. The gifts are intended to reflect five facets of the artists’ life together in New York, where they lived and worked, and Vermont, where they had a summer home and studios. These are New York City, access to arts education, Vermont, gardens and the natural world, and printmaking.

Mason was the daughter of Alice Trumbull Mason, who with Josef Albers founded the American Abstract Artists Group in 1936; Kahn emigrated from Germany in 1940 as a Holocaust refugee. The pair met in 1956 at New York’s Eighth Street Club and married shortly thereafter. The pair enjoyed lengthy careers as artists and educators: Mason, an abstract painter and printmaker, from 1979 until shortly before her death taught painting at New York’s Hunter College, while Kahn, who created landscapes in oils and pastels, taught art at the University of California, Berkeley, and New York’s Cooper Union, among other institutions. The work of both artists is held in the collections of major institutions around the country, including the University of New Mexico Art Museum in Albuquerque, Springfield Museum in Massachusetts, and New York’s National Academy Museum (Mason) and the Art Institute of Chicago, the Los Angeles County Museum of Art , and New York’s Metropolitan Museum of Art (Kahn).

Japanese artist KAI have collaborated with