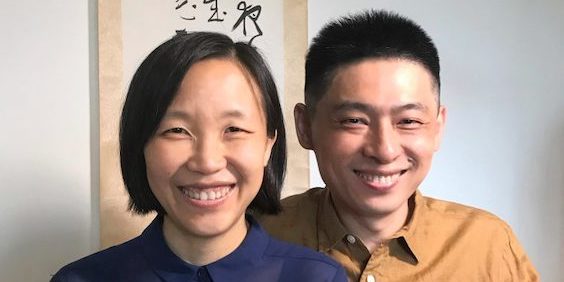 Liu Ding and Carol Yinghua Lu have been named joint artistic directors of Yokohama Triennale 2023. In choosing the pair, both of whom are Chinese, the Triennale’s organizing committee for the second consecutive time awarded directorship of the event to non-Japanese curators, after selecting the New Delhi–based Raqs Media Collective to handle 2020’s “Afterglow.”

Liu, a curator and artist, explores the intersection between art, culture, and politics in modern and contemporary Chinese history via a practice that incorporates media including text, photography, installation, painting, and performance. Lu, an art historian, is curator and director of Beijing Inside-Out Art Museum, where she recently curated “Wang Youshen: Codes of Culture” (2022), the first major survey of the artist’s work. Before arriving at Inside-Out, Lu was a contributing editor at frieze for over a decade. She was a visiting fellow at Tate Research Centre in 2013. Liu and Lu have since 2007 jointly curated projects in Beijing since 2007. Chief among these are “Notes: Chinese Artistic and Intellectual Voices from the End of the Twentieth Century,” on view at Inside-Out through July 23, and 2021’s “Waves and Echoes: Postmodernism and the Global 1980s,” also at Inside-Out.

Though no official theme has been announced and no artists revealed, selection committee chair Asada Akira in a statement said that “rather than repeating the fashionable themes often seen at international art festivals,” Yokohama Triennale 2023 “takes Lu Xun’s prose poetry collection Wild Grass, which is well known in Japan, as a starting point for a journey that goes deep and broadly into the imagination.”

The 2023 iteration is the Triennale’s eighth since its inauguration in 2001. Slated to run from December 9, 2023, to March 10, 2024, Yokohama Triennale 2023 will be the first edition of the event to be held in winter. Additionally, it will be the first major exhibition to take place at the newly renovated Yokohama Museum of Art.