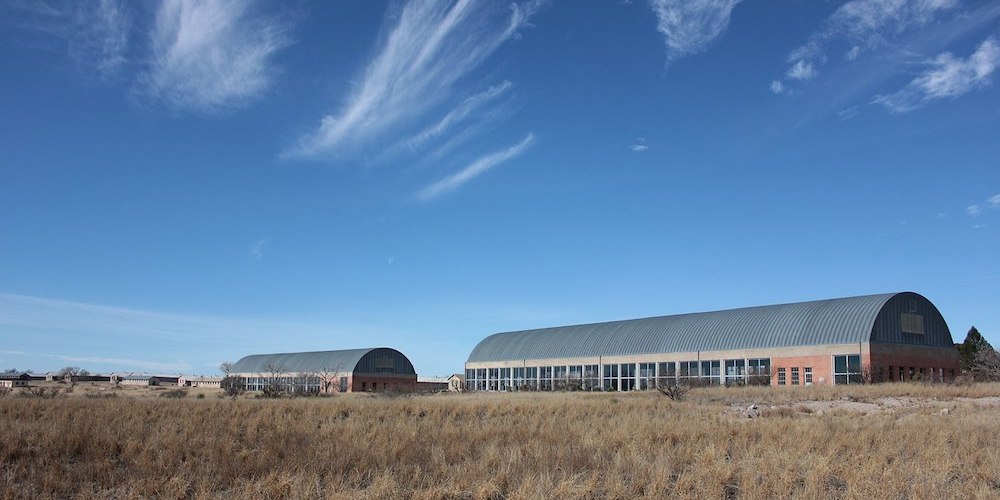 The Central Marfa Historic District, home to eleven buildings reinvigorated by Minimalist artist Donald Judd between 1973 and 1994, has been added to the National Register of Historic Places. The structures—including Judd’s Architecture Studio, in the former Marfa Bank building; his Art Studio, a repurposed Safeway grocery store; and his Ranch Office, a converted general store—are among the 183 buildings and sites comprising the district, situated along Highland Avenue. Their inclusion on the register alongside buildings including the Presidio County Courthouse, the Blackwell School, and the Paisano Hotel, all of which were already individually listed on the register, marks the first time Judd’s architectural efforts have been federally recognized.

Benefiting are the Chinati Foundation and the Judd Foundation, both established by Judd in order to preserve his legacy. Thanks to the listing, the foundations will be able to apply for federal tax credits to offset restoration costs, and are additionally eligible to receive grant funds and technical assistance. Most of the structures Judd renovated date back to the late nineteenth and early twentieth century; all were restored by the artist with their original purpose in mind. The Chinati Foundation, which attracts visitors with its displays of work by artists of Judd’s era including John Chamberlain, Dan Flavin, and Judd himself, has charge of the Chamberlain Building, Ice Plant, and Locker Plant. The Judd Foundation operates the Architecture Office—which was heavily damaged in a fire last summer—as well as the Architecture Studio, Art Studio, Cobb House, Gatehouse, Ranch Office, Print Building, and Whyte Building.

“Through this designation, granted to the town of Marfa and Don’s buildings, we join a meaningful list of historic sites in the United States,” said Judd Foundation president Rainer Judd, the artist’s daughter. “Don had a profound regard and deep respect for the history and contributions of the Hispanic community that this nomination specifically recognizes. He believed that these efforts, reflected in the built environment of the town, should be preserved and celebrated. This national honor for Marfa is important to understanding our shared past and preserving these buildings for future generations.”