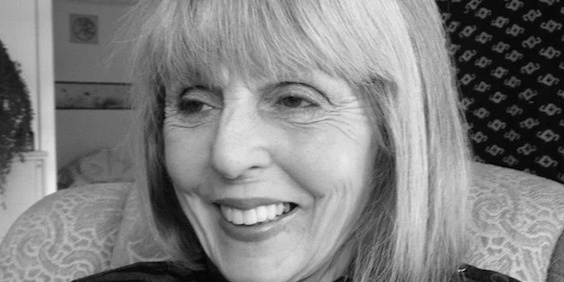 Curator Constance Lewallen, who expanded the canon of what was considered Conceptual art and brought the work of West Coast artists to national attention, died in late April at the age of eighty-two. During her nearly three-decade tenure as a curator at California’s Berkeley Art Museum and Pacific Film Archive (BAMPFA), she organized more than one hundred exhibitions, introducing audiences to the work of Stephen Kaltenbach, Paul Kos, Suzanne Lacy, and Lynn Hershman Leeson, among others, at a time when these artists were not widely known.

Born in 1939 in New York, Lewallen earned her bachelor’s degree from Mount Holyoke College in 1961 and and her master’s from San Diego State University in 1970. After spending two years as assistant director at the Bykert Gallery in her hometown, which at the time was showing work by then up-and-coming Minimalists and post-Minimalists Vito Acconci and Michael Snow, Lewallen moved to Los Angeles in 1972, working at several galleries there over the ensuing eight years with artists connected with CalArts, including John Baldessari, Jack Goldstein, and Douglas Huebler. In 1980, she wrote a chronology accompanying a San Francisco Museum of Modern Art show about the blossoming of the California Conceptual art movement in the 1970s, which she would later cast as a pivotal experience. “People often think Conceptual art is drily intellectual,” she told Artforum’s Claudia La Rocco in 2016. “That can be true, but it can also be humorous—and beautiful and emotional.”

After moving to the Bay Area in 1980, she was hired as a staff curator at BAMPFA, where she became known for her beautifully organized single-artist surveys, among them a pathbreaking 2001 retrospective of the work of Korean American artist Theresa Hak Kyung Cha; a widely lauded 2007 Bruce Nauman exhibition featuring the artist’s work of the 1960s; and exhibitions of work by Joe Brainerd, Jay DeFeo, and Paul Kos. In 2011, as part of the then fledgling Pacific Standard Time initiative, she cocurated with Karen Moss “State of Mind: New California Art Circa 1970” at  BAMPFA and the Orange County Museum of Art. The show, which focused on the hitherto-ignored history of Californian Conceptual art, traveled to the Bronx Museum of the Arts in New York.

Lewallen retired from BAMPFA in 2007, remaining senior curator emerita there. Though she never returned to New York to live, she served as editor-at-large at the Brooklyn Rail and wrote a book about artist David Ireland’s San Francisco house, which is now the art space 500 Capp Street. At the time of her death, she was working on the exhibition “Fluxus Reverb: Events, Scores, Boxes & More,” which opens at BAMPFA this July.

Lewallen remained a tireless champion of Conceptual art, which she believed had a tremendous impact on work that is being created today. “At the time, many people thought it was an endgame: ‘Where do you go from here?,’” she told Artforum. “But it turned out to be such an extremely fertile period. It was also a moment of innocence; I think people respond to this work because it’s not about commercialism, it’s not about money, it’s not about fame. It’s for artists to address their friends or each other, and there’s something so wonderful about that that’s really lost now.”

Previous articleArt Deco Design and Architecture in New York and Around the World
Next articleThe Other Art Fair: Meet The Others: Sarrita & Tarisse King