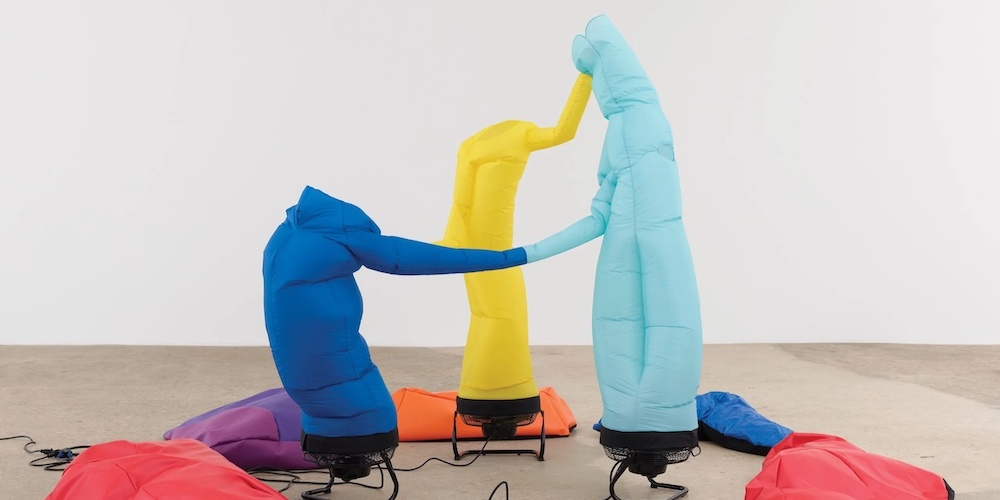 Multimedia artist Paul Chan; filmmaker, video artist, and photographer Sky Hopinka; and conceptual artist Tavares Strachan have been named as among the 2022 class of MacArthur Fellows by the John D. and Catherine T. MacArthur Foundation. The trio join twenty-three other recipients of the so-called genius grants issued this year by the foundation and recognizing individuals in fields including sociology, computer science, history, and engineering. Each fellow receives an $800,000 stipend, with no strings attached.

Chan received accolades for his wide-ranging practice, which “aims to enable viewers to see with greater sensitivity the world in which we live.” The New York–based artist draws on cultural sources ranging from critical theory to classical philosophy to hip-hop culture to create works that investigate society’s complexities and contradictions. Chan’s oeuvre encompasses drawing, sculpture, and digital projections; he has written essays on history and culture and mounted a play. As well, he runs publishing house Badlands Unlimited. Among the works the foundation cited were his early animations Happiness (Finally) After 35,000 Years of Civilization (after Henry Darger and Charles Fourier), 1999–2003, which place utopian fantasies in conversation with the human capacity for violence; and his “Breathers,” a series of inflatable fabric sculptures begun in 2017 whose motion, conjuring a range of emotional and psychological states, reflects ideas of the of spirit embodied in Greek philosophy.

Hopinka, who is an assistant professor of film and electronic arts at Bard College in Annandale-on-Hudson, New York, weaves his own poetry with first-person interviews and abstract imagery to create films addressing the experiences, both contemporary and historical, of Indigenous people. He was lauded by the foundation for “creating a body of work that not only represents the lives of Indigenous peoples but incorporates their worldviews into the strategies of representation itself.” The foundation pointed to his short 2021 film Mnemonics of Shape and Reason, comprising “still and moving images of rocky desert landscapes [that] are inverted and superimposed over one another” as “underscor[ing] the many interwoven histories landscapes contain.” Hopinka was also lauded for his 2020 feature-length film maɬni – towards the ocean, towards the shore, which follows two Indigenous travelers whose ruminations on loss and renewal, voiced largely in chinuk wawa, “speak to the ongoing effects of colonial displacement and violence.”

Strachan’s research-based multidisciplinary practice places scientific, historical, and aesthetic investigations in the service of works that center human inventiveness and exploration. The foundation praised his “break-out” 2005–2006 work The Distance Between What We Have and What We Want, for which he traveled to the Antarctic to remove a four-and-a-half ton block of ice, which he then shipped the Bahamas via FedEx before putting it on display at his old elementary school in a solar-powered chiller. “The work speaks to ideas of duality and to the connection between identity and displacement in relation to vast distances, climates, and geographic environments,” noted the foundation. Also cited was his 2018 Encyclopedia of Invisibility, which documents the work of thousands of marginalized individuals who have been left out of the official record.

“The 2022 MacArthur Fellows are architects of new modes of activism, artistic practice, and citizen science. They are excavators uncovering what has been overlooked, undervalued, or poorly understood. They are archivists reminding us of what should survive,” said MacArthur Fellows director Marlies Carruth. “Their work extends from the molecular level to the land beneath our feet to Earth’s orbital environment—offering new ways for us to understand the communities, systems, and social forces that shape our lives around the globe.”