Invasion of Ukraine Continues to Send Ripples Across Art World 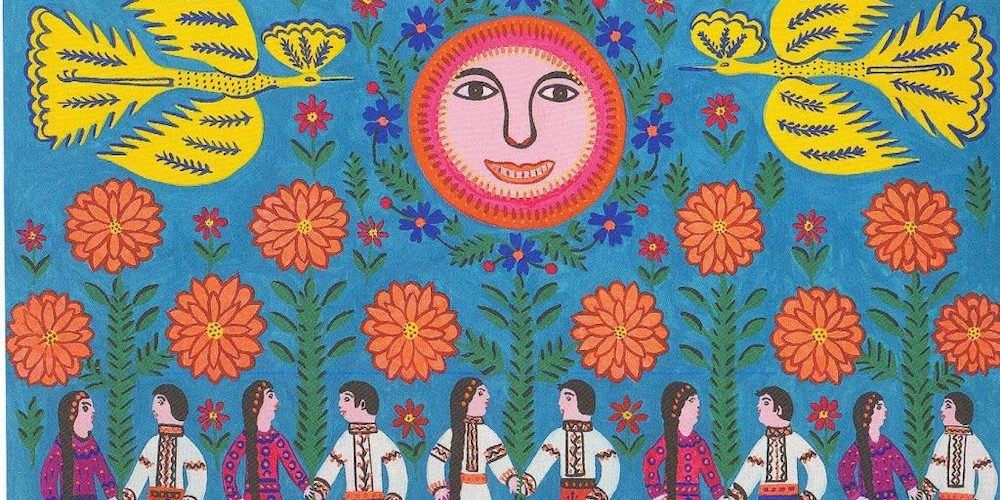 As the Russian assault on Ukraine continues, with devastating rocket attacks and a forty-mile long Russian military convoy headed toward Kyiv, its effects are being felt everywhere throughout the international art world. In Ukraine itself, the nation’s culture minister issued a demand for UNESCO to revoke Russia’s membership after invading Russian forces on Sunday burned the Ivankiv Historical and Local History Museum, which housed dozens of works by Ukrainian folk artist Maria Prymachenko; the destruction was first revealed in the Kyiv Independent. The Guardian reported widespread fears among arts administrators that the country’s museums are at risk of being looted or destroyed. Many Ukrainian arts and cultural workers are being forced to flee: a list of emergency temporary relocation services available to those seeking refuge can be found here.

In Russia, Moscow’s brand-new GES-2 museum on Sunday announced that it would shutter as the war raged. Many of the country’s artists, who imperil themselves by publicly protesting Putin’s actions, have nonetheless taken a stand against the attack with more than 17,000 artists and cultural workers signing a petition calling for an end to Russian hostilities as of Monday, according to the New York Times. Per Hyperallergic, Nadya Tolokonnikova of the Russian art and activist group Pussy Riot is collaborating with Trippy Labs, FreeRossDAO, and PleasrDAO to mint and sell an NFT of a Ukrainian flag whose proceeds will benefit Come Back Alive, a Ukrainian nonprofit in aid of the country’s military and their families. Non-Russian artists have asked to have their work removed from display at state-owned museums. Hyperallergic reports that New York artist Faith Holland requested the removal of her 2020 work Touchscreen from the Art for the Future biennial sponsored by Multimedia Art Museum, Moscow (MAMM) after Amsterdam- and Berlin-based artist Constant Dullart asked for his own work to be taken out of the state-backed museum and urged others to do the same. Dullart additionally requested that his work be removed from Moscow’s State Tretyakov Gallery.

In Germany, President Frank-Walter Steinmeie announced that the country would yank funding from the Putin-sanctioned traveling exhibition “Diversity United,” which is currently in Moscow, where it is funded in part by the Russian government. Artnews reported that the show would no longer travel to Paris, where it had been slated to go next. Also in Germany, the Munich Philharmonic removed its chief conductor, Valery Gergiev, a vocal supporter and longtime friend of Putin, after he failed to denounce the Russian president’s actions in Ukraine; h he subsequently saw a number of international engagements canceled, including the “Gergiev Festival” planned by the Rotterdam Philharmonic Orchestra, the New York Times reported. Russian opera star Anna Netrebko, also a Putin ally, withdrew from upcoming performances at the Zurich Opera House in Switzerland after the Bavarian State Opera canceled her appearances there.

In the UK, Russian billionaire banker Petr Aven, a close confederate of Putin, today stepped down as a trustee of London’s Royal Academy, which additionally returned funds he had donated to the institution in support of a Francis Bacon exhibition there. Aven, named in EU sanctions as “one of Vladimir Putin’s closest oligarchs” has also donated to London’s Tate. Aven  and his London-based business partner Mikhail Fridman called the sanctions “spurious and unfounded.”

Previous articleArtist Spotlight: Carla Fuentes
Next articleHouse with Chimaeras: Facts and Legends About an Unusual Art Nouveau Building in Kyiv