“Border light: istruzioni per abitare il margine” by the digital art experts Joris Jaccarino and Alessandro Alliaudi of the start-up BEPART is a project winner of the “Creative Living Lab – 3rd Edition” public notice, promoted by the Directorate-General for Contemporary Creativity of the Italian Ministry of Culture. 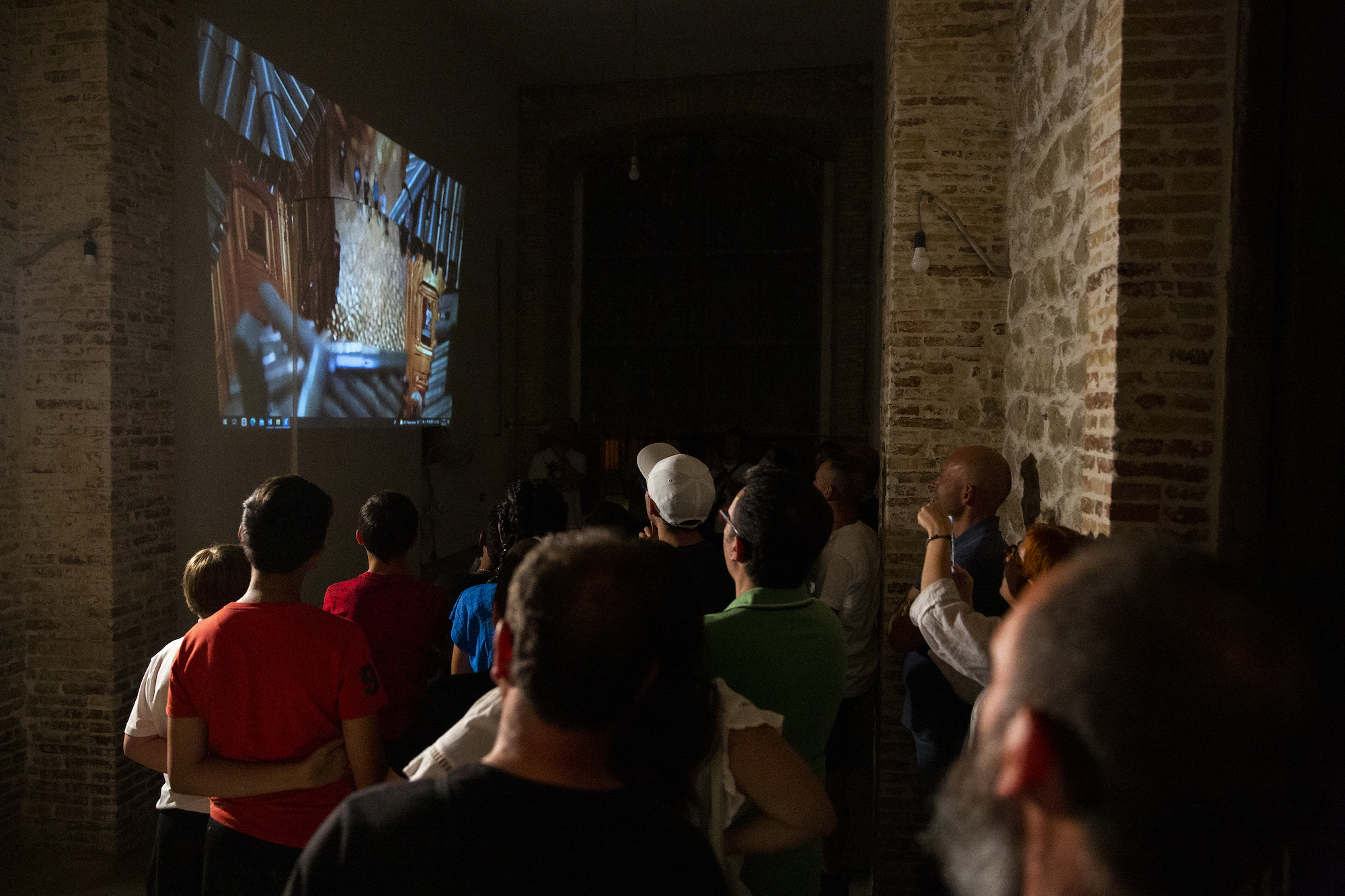 The project has been conceived and implemented by ACAG (Associazione Culturale Antonio Giordano), in collaboration with local organizations (the municipality of Santa Croce di Magliano, the “Pro Loco Quattro Torri”, the local branch of the association of voluntary Italian blood donors and the sports association “A.C.D. Turris”).

“Border light” has been presented to the local community as a “cultural yard” located in three strategic areas of S. Croce di Magliano, where several workshops have taken place. The workshops aimed at connoting the identity of the selected areas, restoring and improving their usability, teaching young people and local talents to respect the urban environment and raising awareness on the cultural heritage of the community. 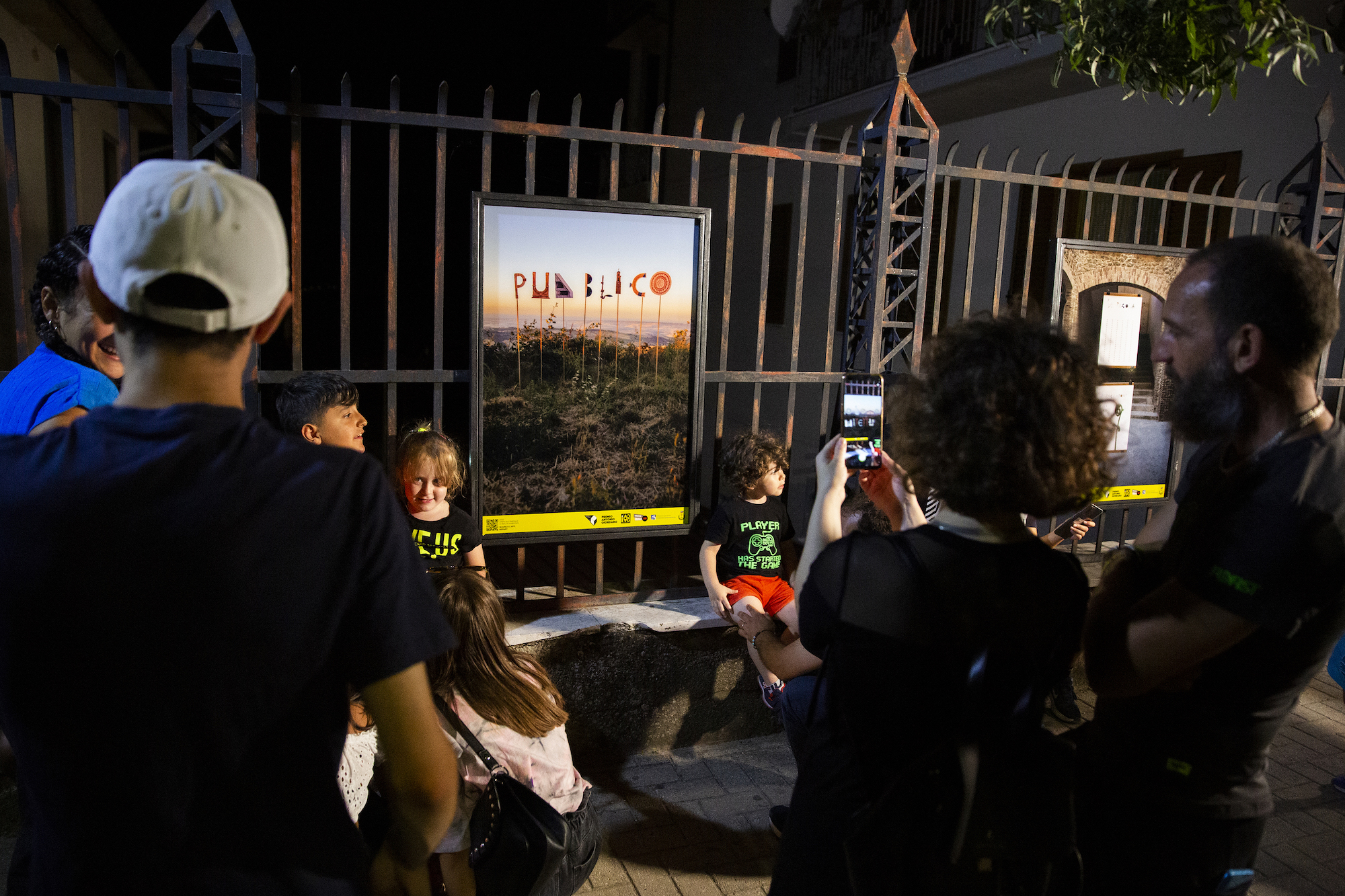 The last workshop carried out as part of this project has regarded the creation of posters on the subject of place identity and the production of digital content to be enjoyed in augmented reality. The workshop, curated by  Joris Jaccarino and Alessandro Alliaudi of BEPART, involved the participants in the investigation of the alphabet and the creation of “an alphabet of the imaginary”, including acrophonic hieroglyphs, namely figures representing people, animals, plants, architecture, etc. Participants collaborated in the design and the creation of a new alphabet and used these letters to create sentences, messages for the city of Sana Croce and its inhabitants, questions, provocations, and suggestions to be represented in public spaces and viewable in augmented reality.

The workshop allowed participants to learn the technique behind the creation of digital content to be viewed in augmented reality, with the aim to contribute to the dissemination and advancement of knowledge and skills on this subject and its applications and to promote technological and cultural innovation. 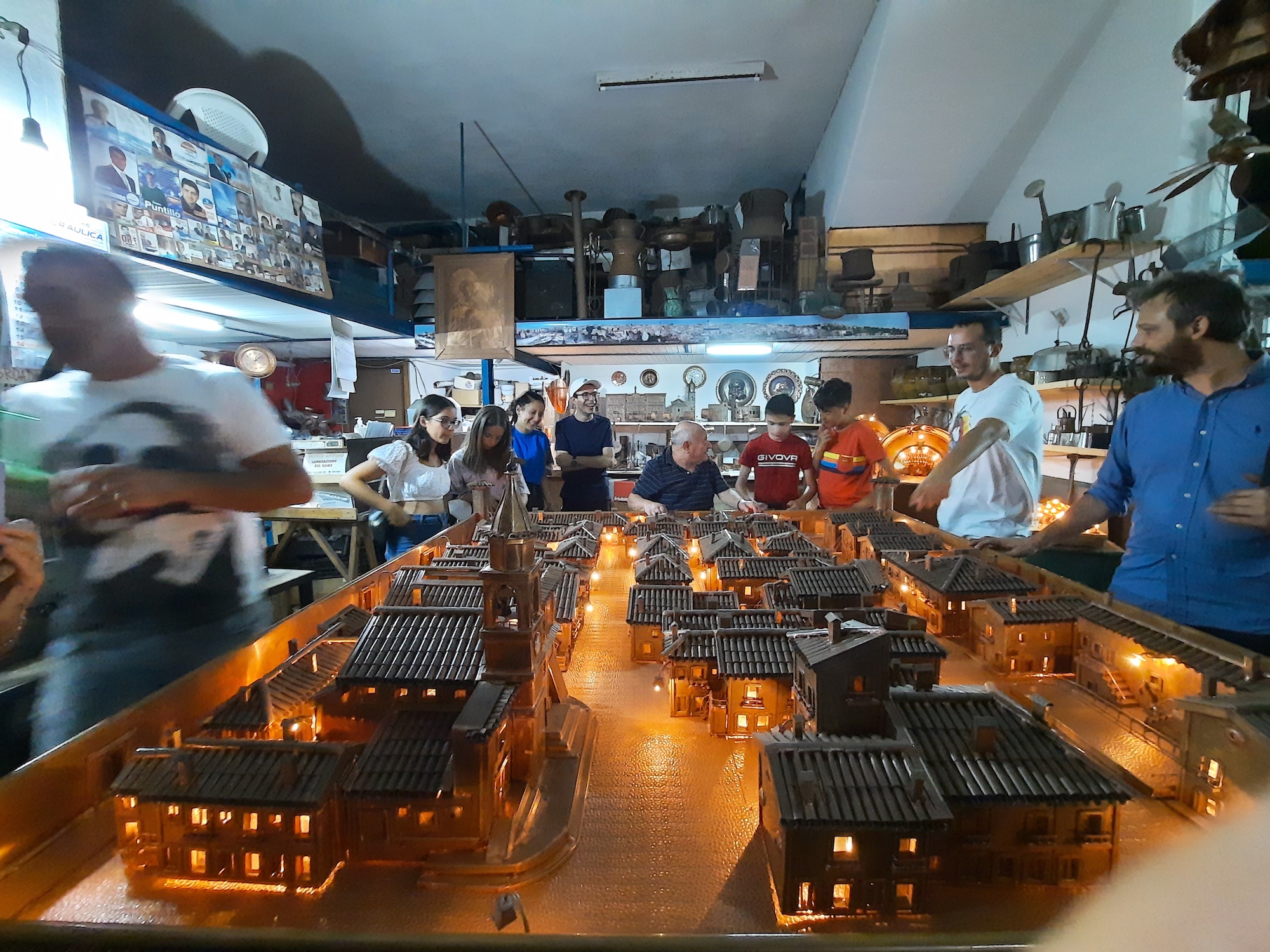 The final aim of the workshop has been the creation of four multimedia artworks, conceived and created by BEPART in collaboration with its participants. These are four phigital installations, located in Via Umberto I in Santa Croce di Magliano and viewable in augmented reality via the free application provided by BEPART:

Tiny Santa Croce: The inhabitants of Santa Croce find themselves living as in Lilliput, the imaginary island of Gulliver’s travels, where very small people and animals live. The town is Santa Croce di Magliano in the early 1900s, as reproduced by the copper artist Gennaro Camelo.

Collective intimacy: The human being is by nature a social animal, who tends to build relationships with other individuals and to create a society. A city is a meeting place that needs beauty and public and collective spaces.

Inhabiting the margins: The freedom to be who you are lies in the margins, where cars do not pass, in the borders of a field, on the edges of the roads, into hidden recesses.

Border Light: Border Light is a short documentary telling the workshop carried out by the Guerrilla Spam and the process of creating an urban artwork.

The multimedia artworks explore border spaces with new eyes, focusing on different declinations of the concept of “margin”: public spaces, nature, and local crafts. These contexts are investigated with a curious gaze, trying to understand their origin and imagining their potential projected into the future. 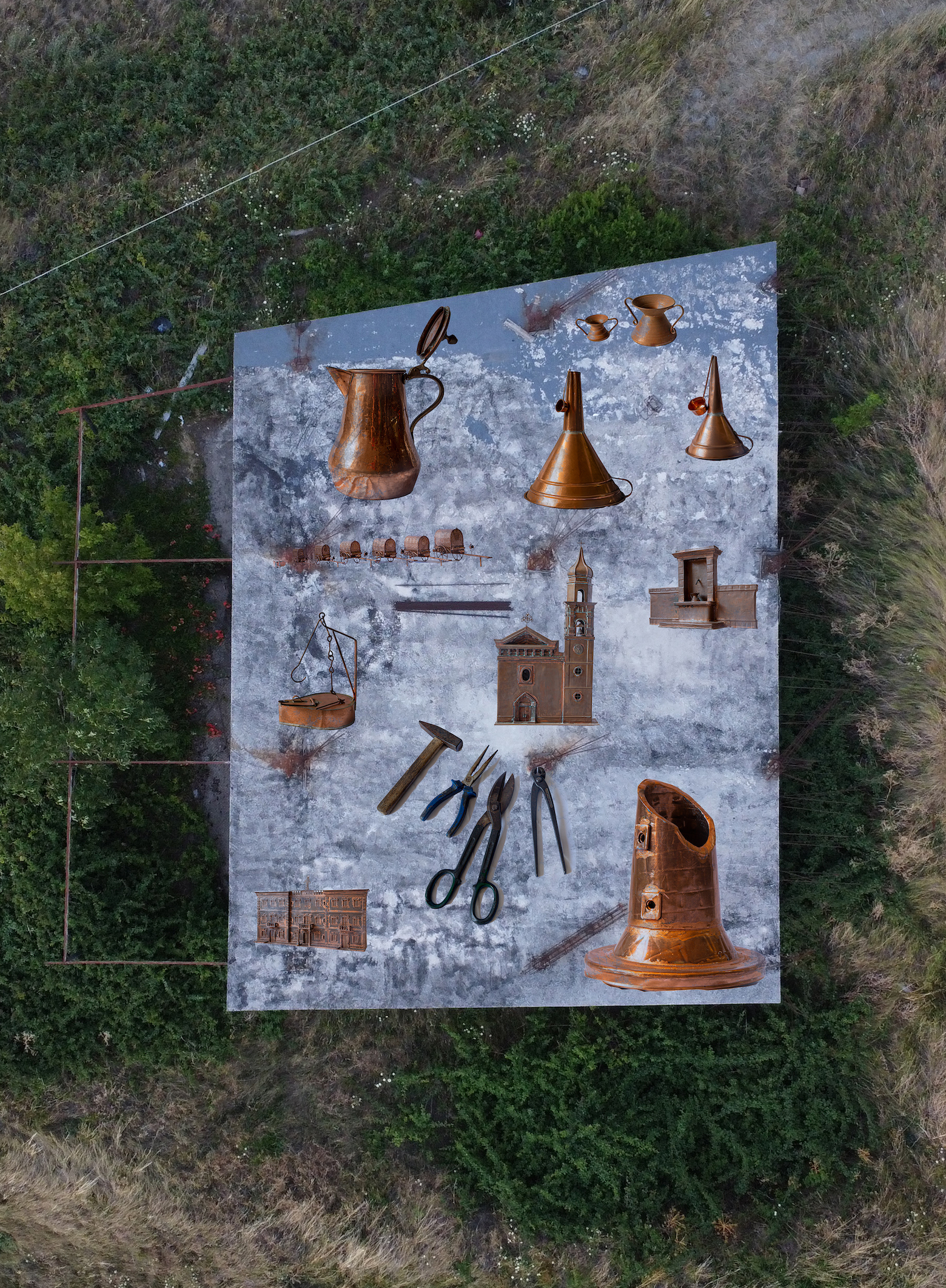 Bepart is a creative studio that merges Augmented and Virtual Reality with innovative exhibitions, architecture and design. Bepart reinvents the interaction beetween users, project and spaces. Bepart is also skilled in concept design, developing and production of creative augmented reality contents for companies and institutions. The creation and production of complex contents in Augmented Reality allows a tecnology’s trasversal application that makes possible a pleasant users experience by individual’s service and a new way to make audience developement. Bepart was borned on 16th July 2014 and won numerous awards including “IC-Cultural Innovation” by Cariplo Foundation and “Think For Social” by Vodafone Italia Foundation.

Scroll down for more photos of the intervention. 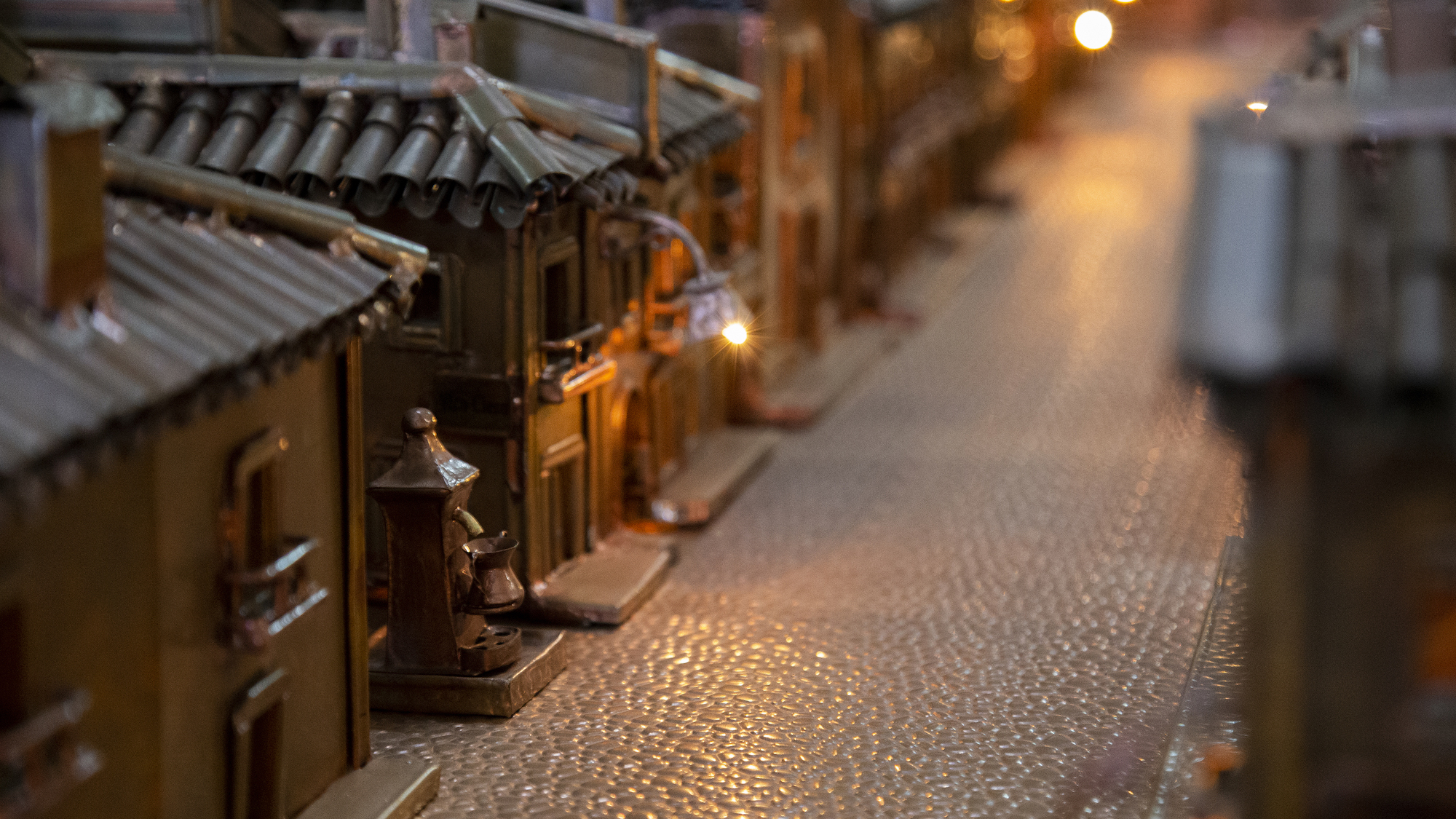 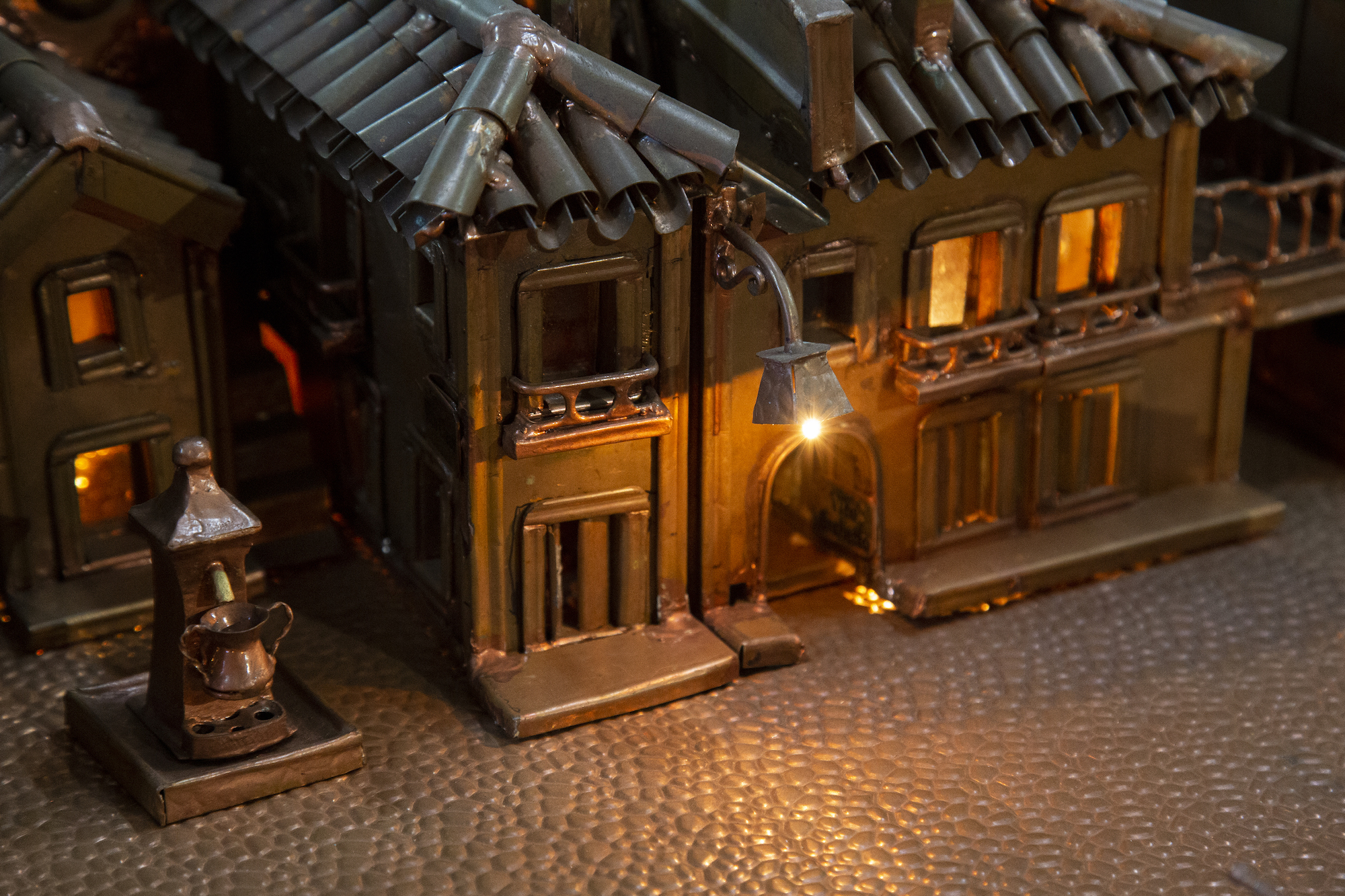 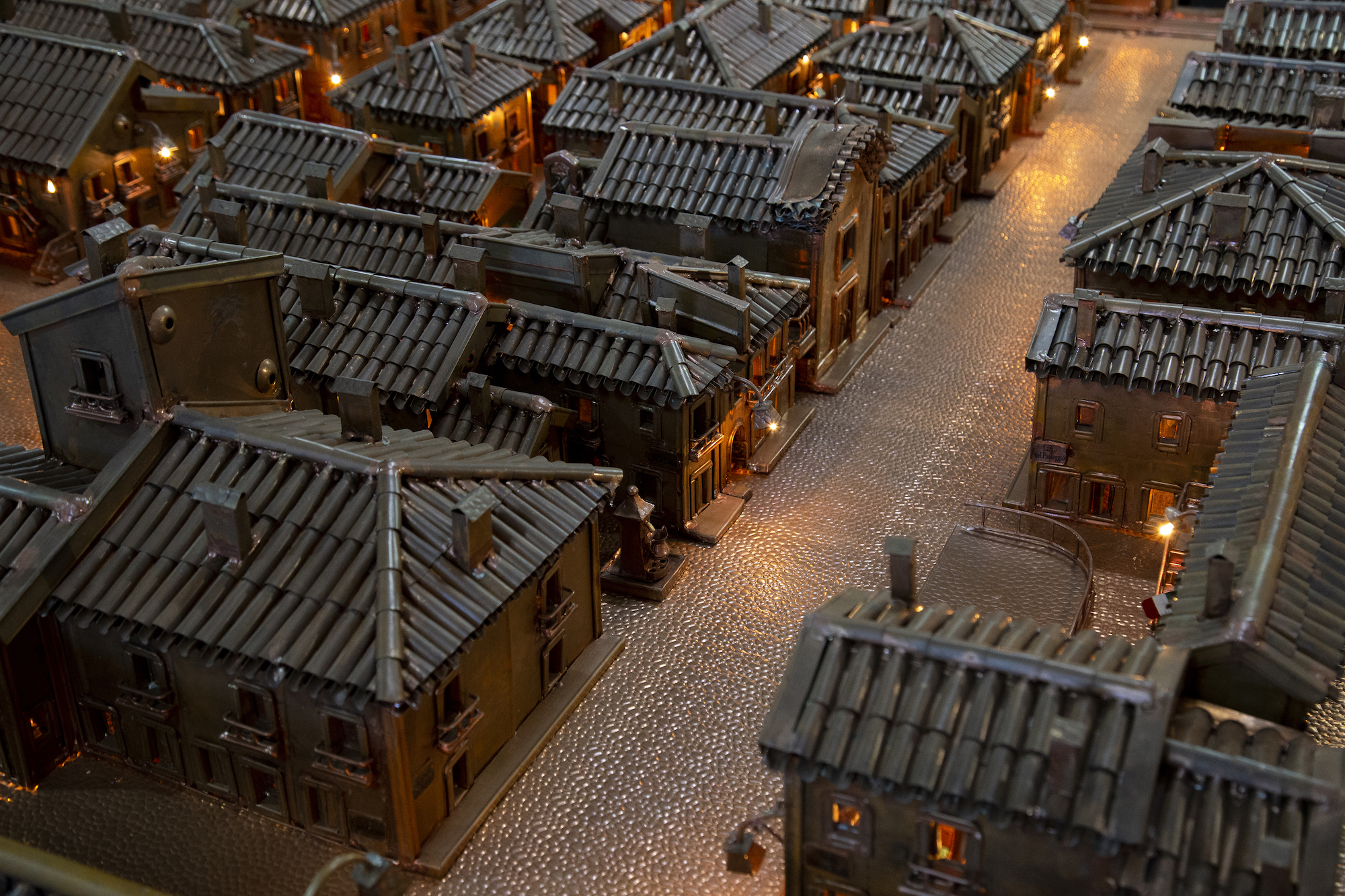 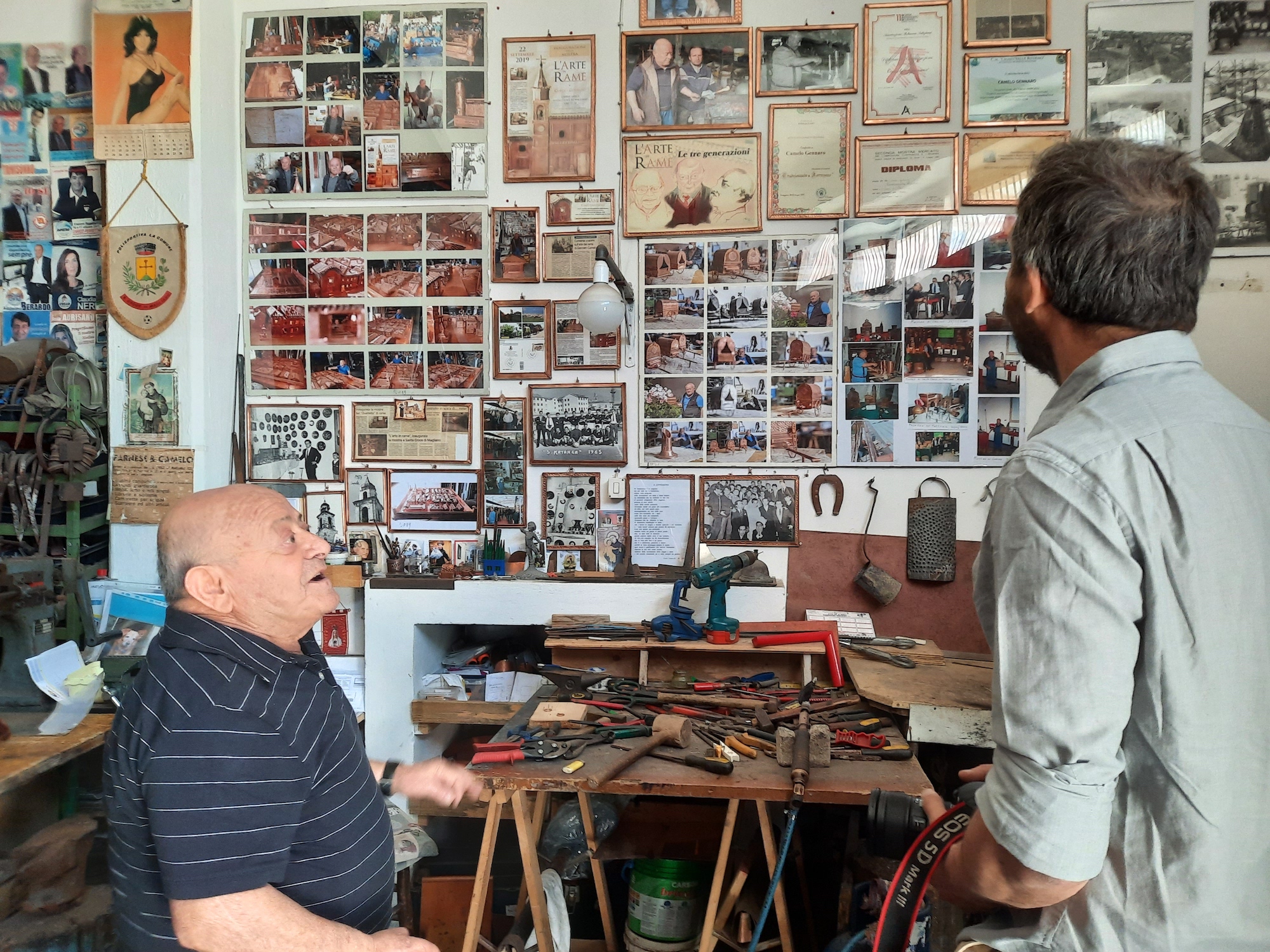 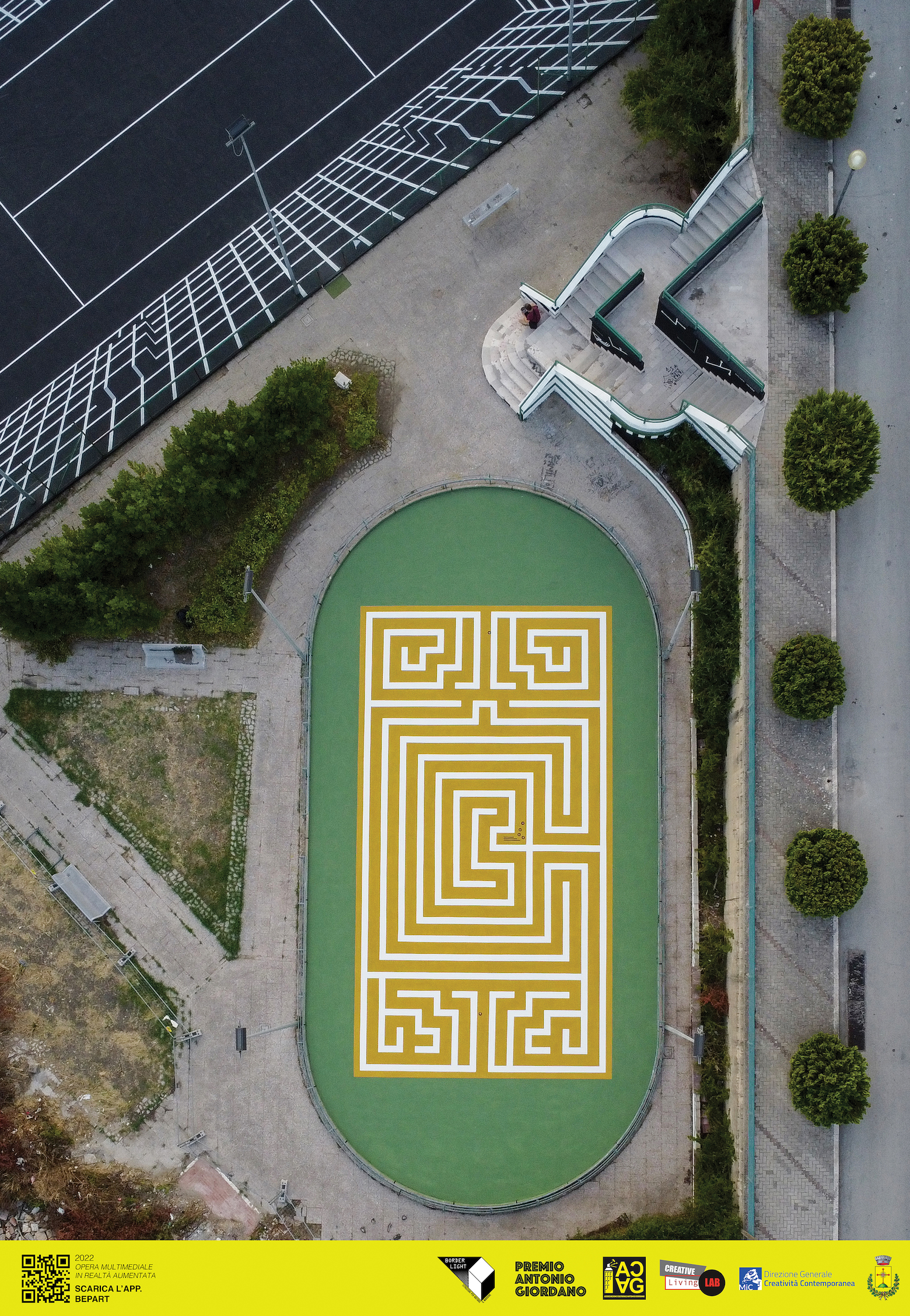 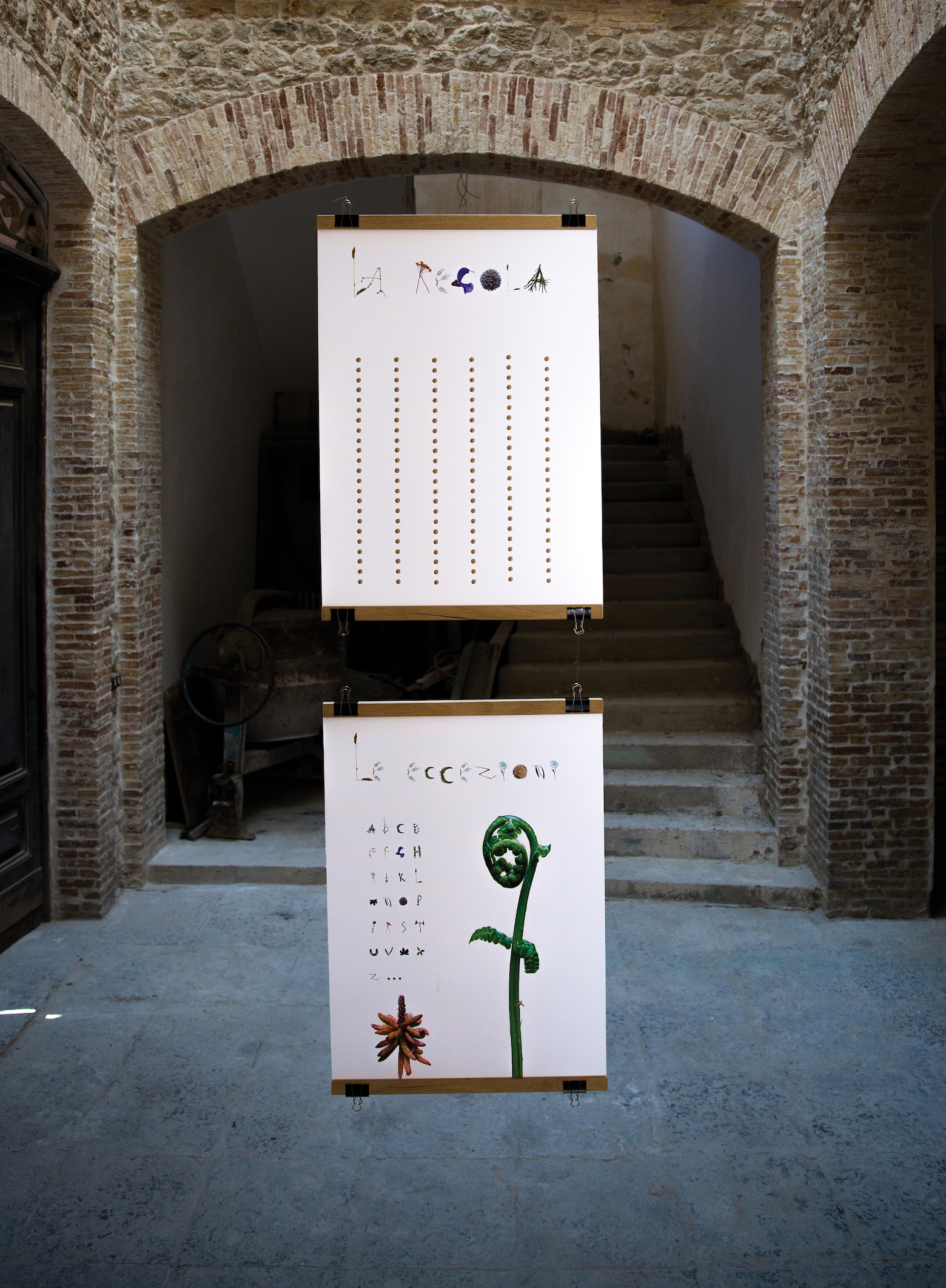 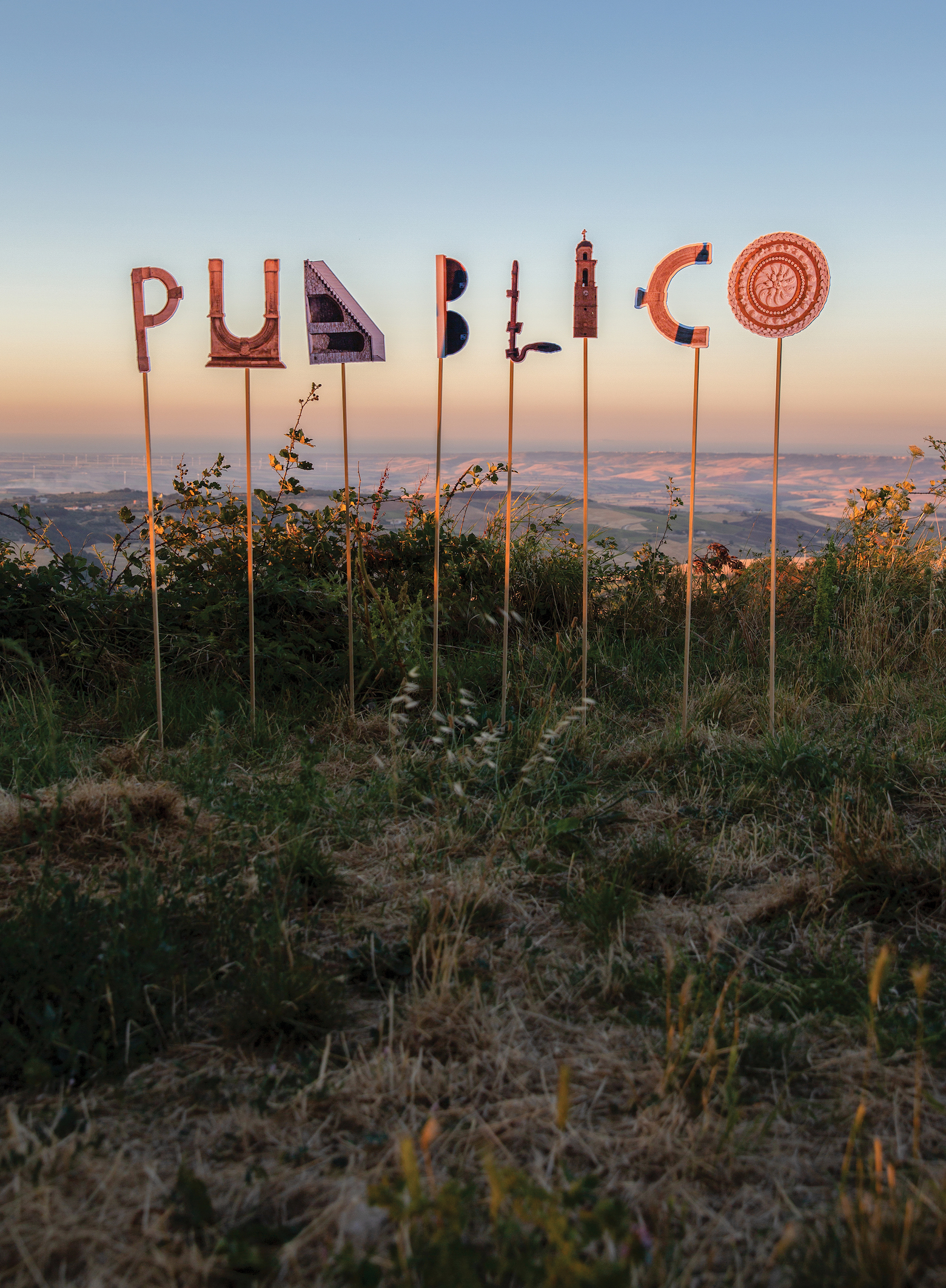 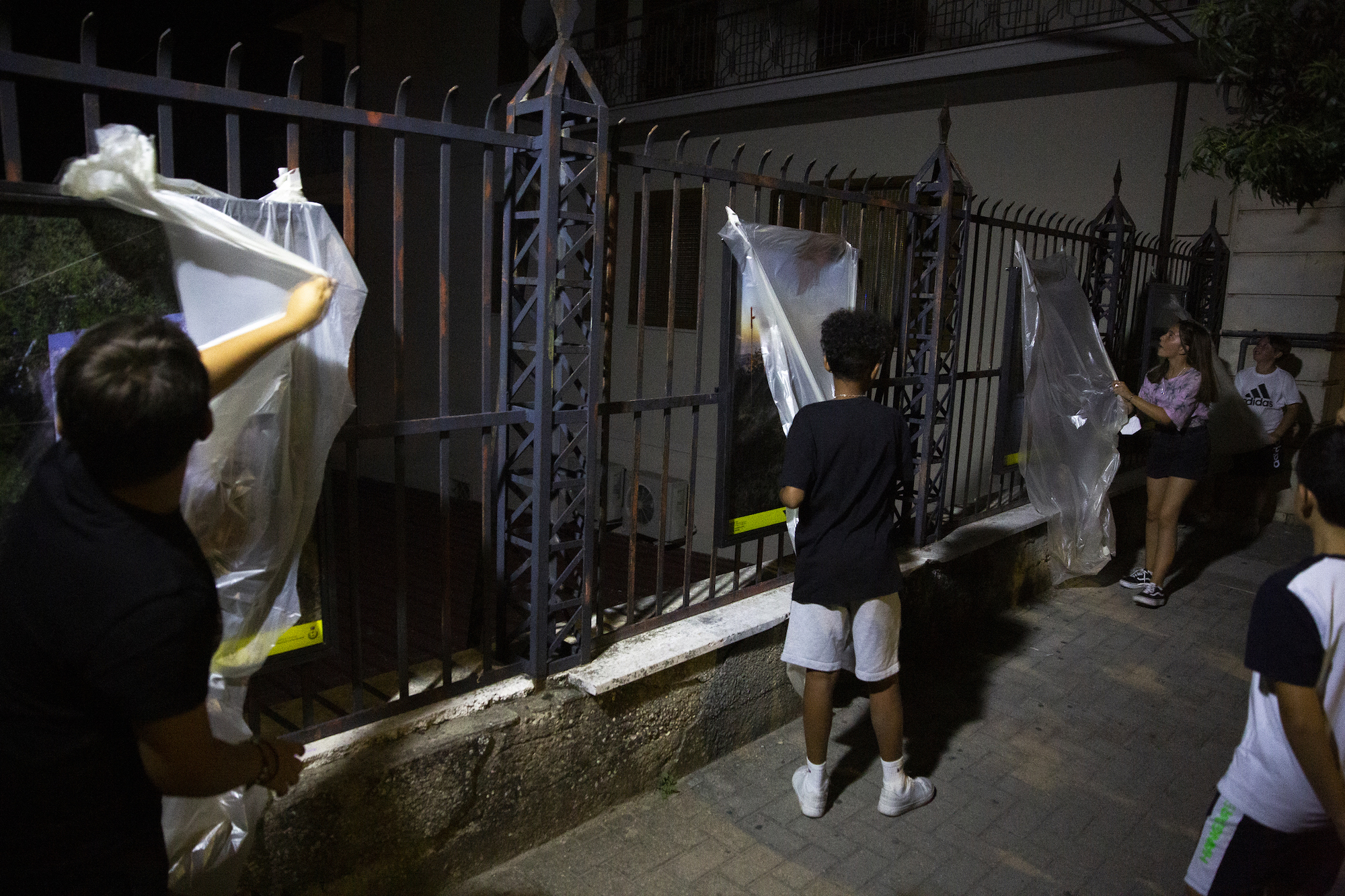 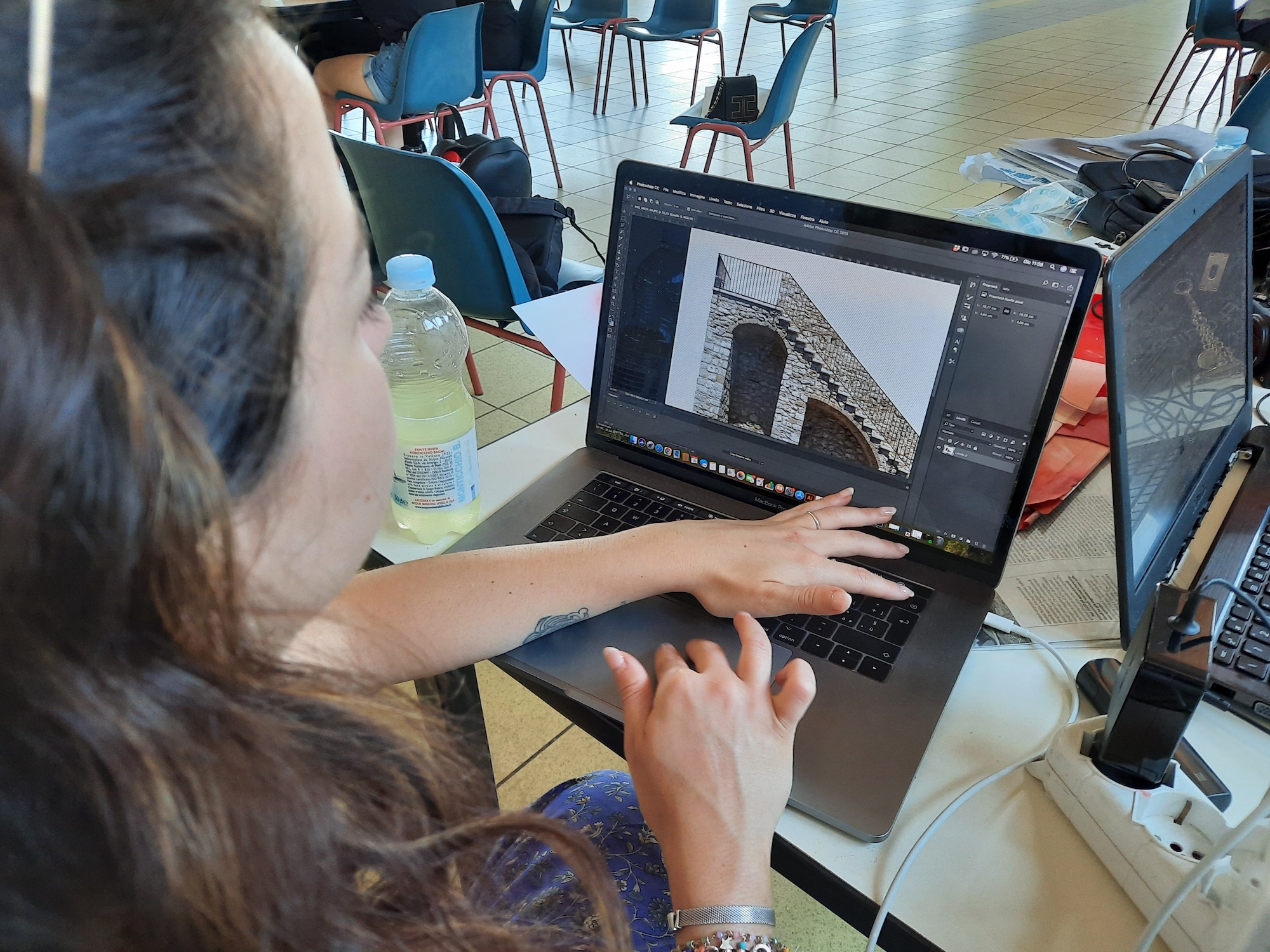 So many great artists have shared one very special

Boo Saville: ‘I want to create an experience where you are hit in the eyeballs with intensity’

Boo Saville: ‘I want to create an experience where you are hit in the eyeballs with intensity’

Energetic Portraits and Landscapes by Jess King I Artsy Shark