Will Power Pays Homage to Hip-Hop Culture in Chilltown 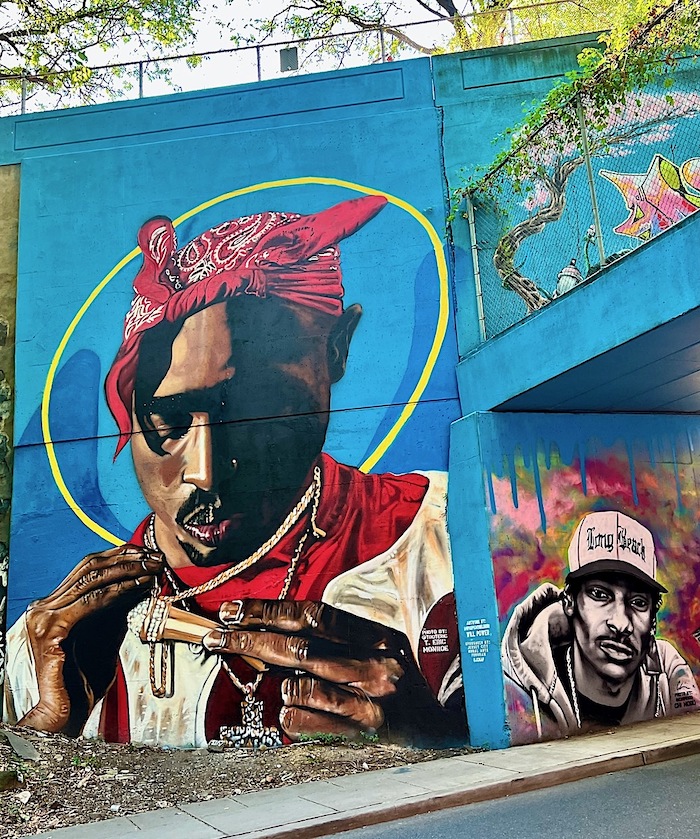 For several weeks beginning in late May, Will Power brought his massive love of hip-hop and splendid skills to the 150-foot tunnel along New York and Ravine Avenues in Jersey Heights. Working in collaboration with noted hip-hop documentarians Ernie Paniccioli, T. Eric Monroe and David Corio, Will painted a momentous mural paying homage to 45 hip-hop icons and to the photographers who so brilliantly documented them.

Captured above at the entry to the Hip-Hop Tunnel is the late legendary Tupac Shakur — based on a photo by T. Eric Monroe. Several close-ups from inside the tunnel follow:

Sponsored by the Jersey City Mural Arts Program, the hugely impressive mural — seen by thousands daily as they travel in and out of Jersey Heights — is a spectacular tribute to hip-hop culture.