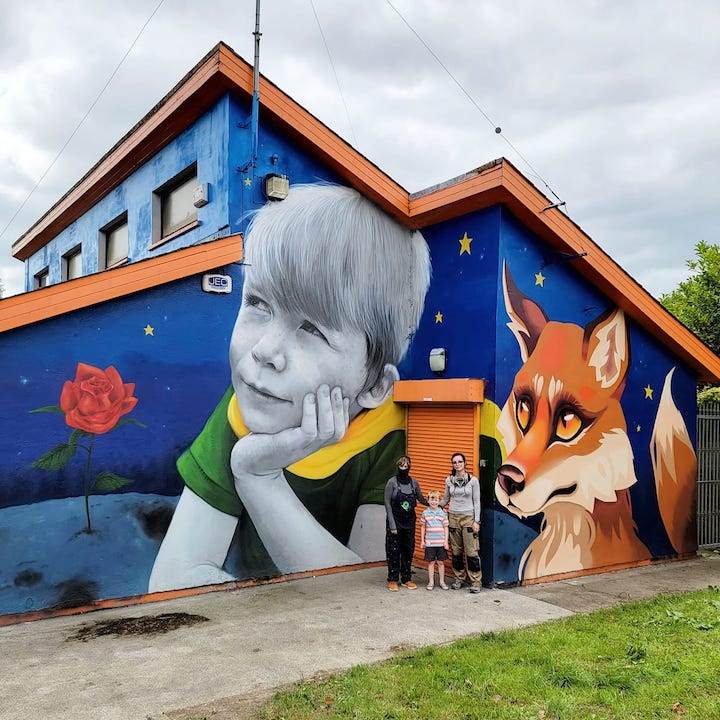 The enchanting mural featured above was painted by the London-based French street artist Zabou with the Dublin-based French illustrator and muralist Juliette Viode. They are both captured here — posing with the local boy depicted in the mural — by travel and street photographer Karin du Maire aka Street Art Nomad.  Several more images from the recent Waterford Walls follow:

Previous articleGo back in time to Daphne Mayo’s 1914 Wattle Day celebrations – QAGOMA Blog
Next articleVideo – Ask a Gallery Owner: What’s the Best Time of Year to Contact a Gallery? – RedDotBlog