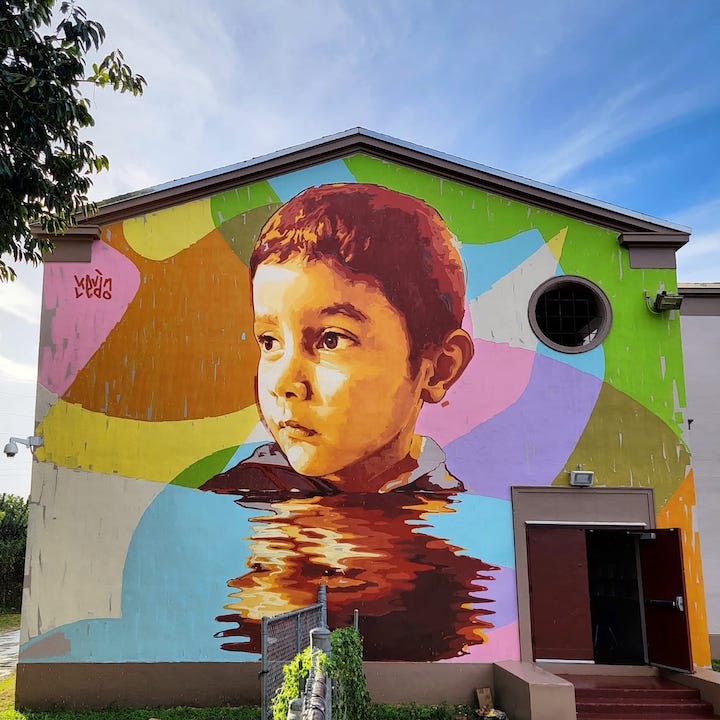 Since 2014, The Raw Project has been bringing intrigue and inspiration to schools in Miami and beyond at a time when American schools continue to see their arts education programs defunded. First rate artists from across the globe transform blank school walls into alluring open-air canvases inspired by the students, school and community. Under the curatorial direction of Robert Skran and Audrey Sykes, magic once again came to Miami during the week of Art Basel, 2022. And travel and street photographer Karin du Maire aka Street Art Nomad was there to capture it.

Dutch artist Mr June at work on his magical mural