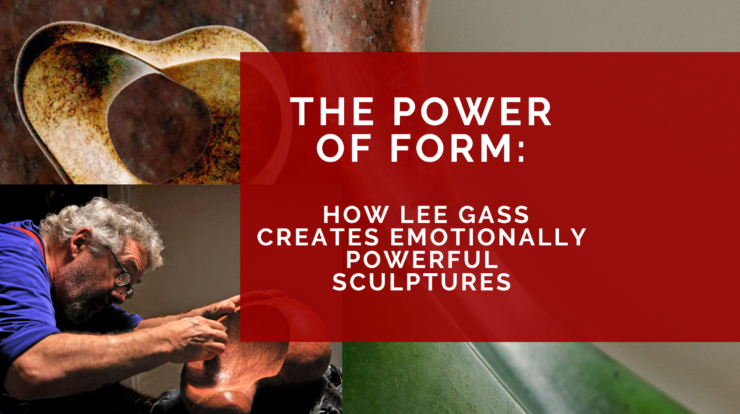 What is the role of form in art? This is a question that has long puzzled philosophers and artists alike. For artist Lee Gass, form is everything. In his view, the best works of art evoke emotion and a sense of unity in the viewer. This is achieved not through the piece’s subject matter but through the form itself.

Gass’ work often takes on an intentionally representational form, but the form itself is the most important aspect. The subject matter of the piece is secondary to the form. This is not to say that the subject matter is unimportant, but rather that it is the form that gives the piece its power.

When asked why he feels this way, Gass can only say that it is something he has always felt. It is as if the form is speaking to him, telling him what it wants to be. This is why Gass’ work is so distinctive and has such a profound effect on those who view it.

Gass was born in Klamath Falls, Oregon, and grew up in Dunsmuir, California. He recalls spending his childhood carving Ivory soap on the back porch with his mom. From a young age, he loved to explore the untracked forest near his home. It wasn’t until later in life that he realized he wanted to be an artist. By that point, he was already a scientist and educator.

Gass’ early exposure to art and nature influenced his decision to become an artist. The beauty of the landscape around his childhood home inspired him to create. His carving skills, honed during his early years spent with his mom, are evident in his later work.

Gass didn’t pursue a formal education in art but has gained a wealth of knowledge through experience and self-study. He has rubbed shoulders with professional sculptors, learned from them, and taught sculpting himself. He has also given talks on sculpture and the relationship between science and art at universities.

Lee Gass’s studio is located on Quadra Island in British Columbia and has been since 2004. It is a rural and isolated location, which the artist says suits him just fine. He notes that his professional background is in science and that his job was always to imagine things and help others learn to do the same. Gass explains that this imagination drives his creative process as a sculptor.

Gass typically doesn’t know what he’s doing when he begins a project but instead relies on his problem-solving skills and experience to figure it out as he goes. He also notes the importance of learning technique, both through formal instruction and by observing and studying the work of master artists.

All of these factors come together to help him create organic and graceful sculptures. In the end, Gass says that the process of creation is always one of problem-solving and that it is this challenge that he enjoys most about his work.

Gass’s art is unique in its variety and wide-ranging focus. This philosophy has led to a diverse body of work in subject matter and style. While there may not be any one thing that makes all of his art unique, taken as a whole, it is clear that Lee Gass is an artist who is not afraid to experiment and try new things.

He has been honored with various awards and positions throughout his career, such as being the President of the BC Sculptors’ Society and being asked to give an illustrated presentation about the evolution of a sense of form. Gass has also had his work displayed in galleries across Canada, including the Petley Jones Gallery in Vancouver. Gass is a member of the Northwest Stone Sculptor’s Association and Stonexus.

Gass aspires to make the best sculptures he can with the time ahead of him, or, as he puts it, “before I die!” At 80 years old, he has not given up on his mission. He feels that his work reflects his commitment to quality and his belief in the laws of nature.

A highly skilled and experienced artist, Lee Gass has a deep understanding of form in art. His unique approach to sculpture has led to a body of work that is both diverse and emotionally powerful. Although he has no formal training in art, his lifetime of experience and self-study has more than prepared him for a successful career as a professional artist. His commitment to quality and his belief in the laws of nature is evident in all of his work. There is no doubt that Lee Gass is a master sculptor, and his work will continue to inspire and move viewers for generations to come.

An interview with Franny Moyle, Author of Turner