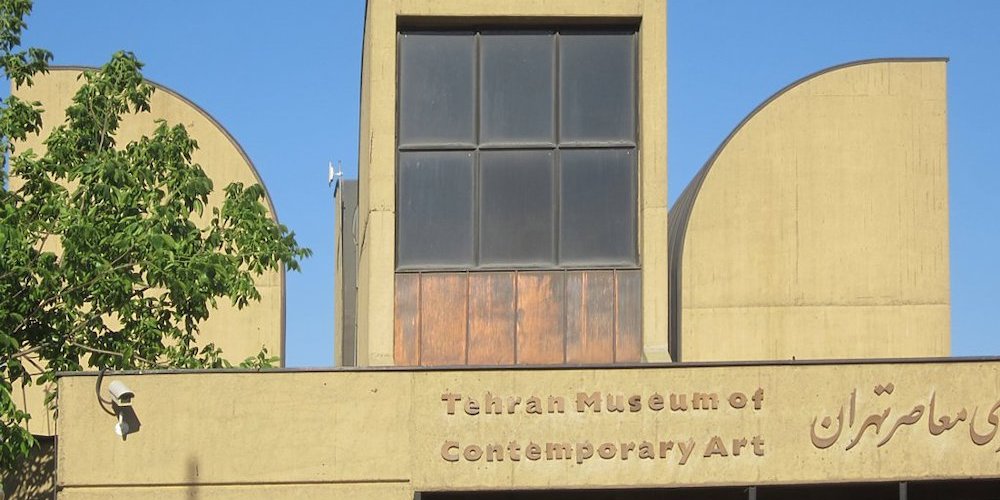 Tehran deputy culture minister for artistic affairs Mahmud Salari on March 20 announced Ebadorreza Eslami-Kulai as the next director of the Tehran Museum of Contemporary Art. Eslami-Kulai replaces Ehsan Aqai, who was dismissed last week in the wake of an accident in which an aerial performer was dragged facefirst through a 1,200-gallon vat of waste oil comprising the 1977 work Matter and Mind by vaunted Mono-ha artist Noriyuki Haraguchi. Though both acrobat and artwork suffered minor damage, and though the museum has offered no comment on the March 14 firing of Aqai, it is widely believed that his unceremonious departure is closely linked to the oleaginous incident.

(Fortunately) shirtless and clad in a harness, Yaser Khaseb was suspended before onlookers above the shallow, inky black pool in the institution’s soaring stone atrium for the performance Cat of the Silk Road, as part of the opening festivities celebrating the exhibition “Panj Ganj,” themed around the work of twelfth-century Iranian poet Nizami Ganjavi. A colleague charged with guiding the acrobat’s peregrinations apparently made an unfortunate misjudgment as Khaseb hovered upside down, just inches from the shiny onyx surface, and, per a video posted Khaseb’s Instagram, swung him splashing into the liquid, splattering the floor around the pool and leaving Khaseb kneeling and gasping at its edge. A smattering of uncertain applause from the assembled visitors greeted the spectacle.

The work by Haraguchi, who died in 2020, is the only extant one of its kind; over the course of his career, the Japanese artist constructed about twenty of the pools at various locations around the world. Resembling a polished sheet of stone when undisturbed, the seven-inch-deep, Matter and Mind has been twice restored, in 1996 and in 2017, the contents of the rectangular fourteen-by-twenty-one-foot trough either fully partially replenished.

Khaseb, for his part, was regretful but also philosophical about his dunking. “A work of art can be reborn in contact with other works,” he noted. “From the interaction between two works, a new work can be produced.” And, in this instance, a new director.