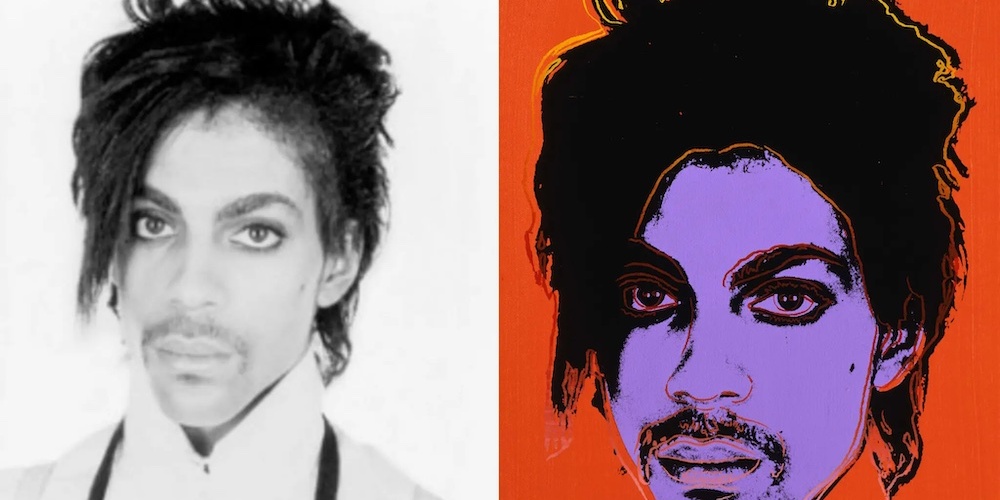 The US Supreme Court on October 12 heard nearly two hours of discovery regarding the question of whether Andy Warhol’s use in his own work of a photo of Prince by Lynn Goldsmith constitutes fair use. The suit, originally launched by Goldsmith five years ago in New York State against the Andy Warhol Foundation for the Visual Art, alleges that the late Pop artist, while on assignment for Vanity Fair, illegally used Goldsmith’s 1981 photo of the Royal Purple One to create his 1984 “Prince Series,” a series of sixteen screen prints featuring the diminutive rocker’s mug. According to Goldsmith, Warhol did not seek her permission to use her photo for the series, nor did he offer her credit or remuneration. The case is being closely watched, as it could have wide-ranging repercussions for artists whose work centers on reappropriation.

Roman Martinez, the attorney representing the Warhol Foundation, argued for the transformative character of Warhol’s work, contending that by imbuing Goldsmith’s photo with new meaning, the Pop icon had changed both the character and the purpose of the original photo. Martinez claimed that if Goldsmith won the case, the ruling would “have dramatic spillover consequences not just for the Prince series, but for all sorts of works of modern art that incorporate preexisting images and use preexisting images as raw material in generating completely new creative expression by follow-on artists.”

Arguing for Goldsmith, attorney Lisa Schiavo Blatt asserted that a ruling in favor of the Warhol Foundation “would decimate the art of photography by destroying the incentive to create the art in the first place.” Blatt averred that the extant copyright law awards “creators and not copiers” the right to make derivative works, maintaining that a win for Warhol would mean that “copyrights will be at the mercy of copycats.”

A decision on the case is expected within months.