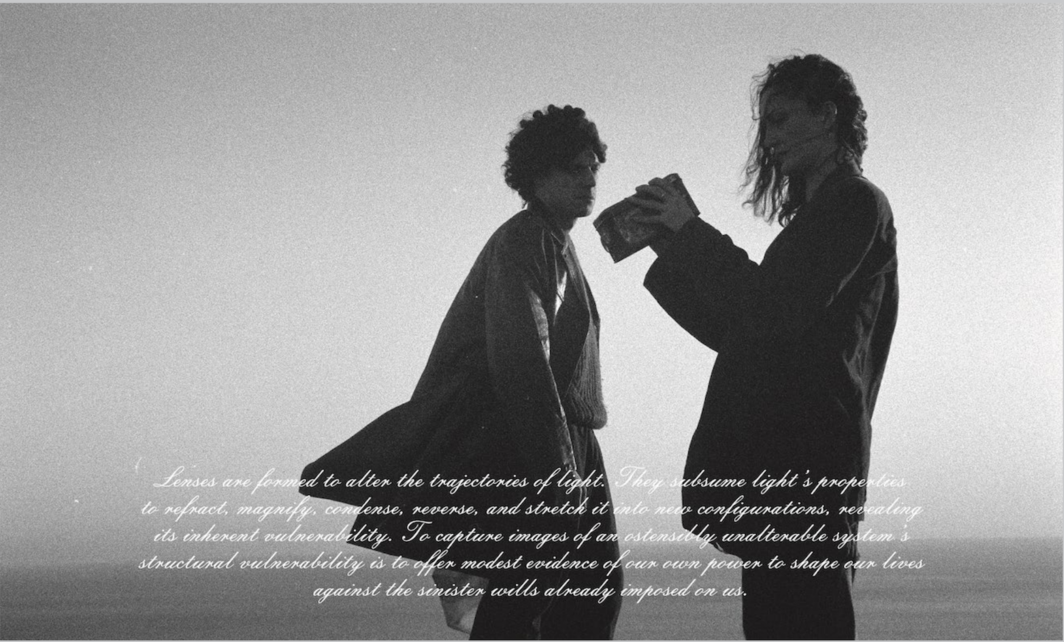 Since its inauguration in 2013, Studio for Propositional Cinema had produced work that might be described as paracinematic or paraphotographic—engaging with the material constraints and possibilities of both mediums without necessarily taking a photograph or making a film. For this reason, the collective’s current solo exhibition at Museum Abteiberg, “The Camera of Disaster,” presents an immediate surprise to the viewer: a series of sensuous, large-format black-and-white photographs following three characters through post-apocalyptic land- and cityscapes.

Contrary to facile appeals to its representational power, informational accessibility, and democratic circulation, the collective views photography as an extractive technology of the industrial age: a destructive art that sees the world as a raw material on which the forces of production can act. It gradually becomes clear, in fact, that the disaster of the exhibition’s title refers to the invention of photography as much as it does to the medium’s extinction. If the photograph is a product of an increasingly catastrophic modernity, how, if at all, can we plan for its future?

Hanging in mirrored frames on silver walls, each photograph in the exhibition features text printed directly on the glazing. They tell the story of a band of photographic rebels resisting the homogeneity of spectacular culture by keeping a form of analogue image-making alive after something like the end of the world, here presented as the end of the image. “We can retain the possibility of making our own images,” writes the Studio, “by regaining control of the apparatus of image-making, keeping production recipes and knowledge open-source and available, and building and maintaining networks for their distribution, like how illicit knowledge was retained and passed along in the so-called Dark Ages.” Intriguing vitrines filled with evidence of historical photographic processes—including a camera and various minerals and chemicals—offer both evidence of the medium’s past and a self-professed survival guide.

Engaging in the violence of photography and simultaneously encouraging others to reclaim the process for themselves, the Studio dares to theorize the condition of all image-making at our present historical juncture. It’s something close to: “I can’t go on, I’ll go on.”