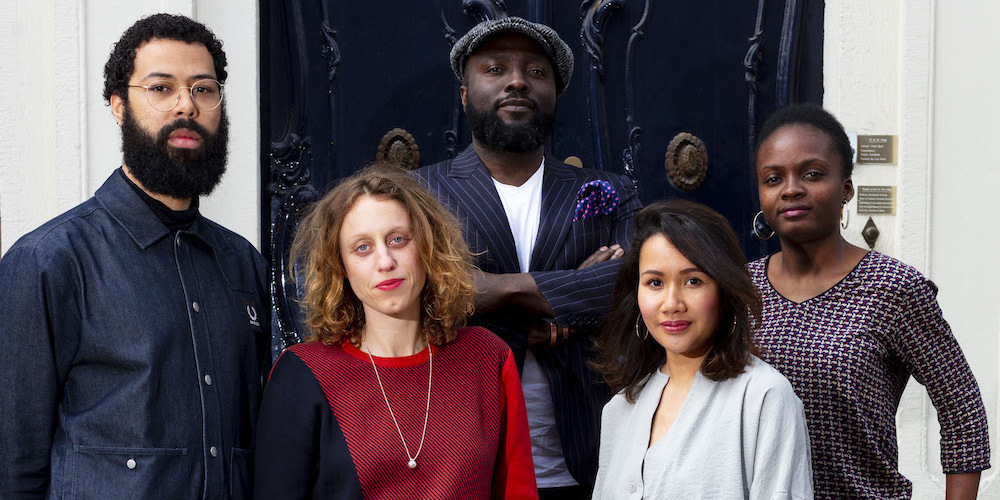 Bonaventure Soh Bejeng Ndikung, artistic director of the Arnhem, Netherlands, outdoor sculpture biennial Sonsbeek 20–24, and the event’s cocurators announced that they would depart their posts en masse November 1, citing working conditions that they described in a letter to the organizing foundation’s board as “precarious and ultimately unbearable.” According to Dutch daily NRC, Ndikung and his team claim they were for three years subjected to sexism and institutional racism, as well as poor treatment by management, and that both Sonsbeek officials and the board ignored their repeatedly stated concerns regarding these points, with board members allegedly putting up a “facade” of cultural diversity and inclusion.

The departing artistic team—comprised of Antonia Alampi, Amal Alhaag, Zippora Elders, Aude Christel Mbga, and Vincent van Velsen, in addition to Ndikung—additionally pointed to problems with contracts and financing, noting that the entire curatorial staff were dismissed as the Netherlands entered its initial lockdown in 2020 amid the then-unfolding global Covid-19 crisis. Sonsbeek has historically been funded through subsidies and project financing, largely through the Municipality of Arnhem and the Netherlands’ Ministry of Education, Culture, and Science. The economy of the event has since 2017 been complicated by the fact that it is organized under the aegis of the Sonsbeek & State of Fashion foundation, which also oversees the Fashion Biennale, which, like Sonsbeek, traditionally occurs every four years; the transition for the foundation from organizing a single affair to staging two events has been rocky. Among the failures on the part of management described by Ndikung and the curatorial team were an insufficiently experienced and often absent general manager.

The group’s departure comes in the middle of the yearslong run of the twelfth iteration of Sonsbeek. Titled “Force Times Distance: On Labor and Its Sonic Ecologies,” the latest edition of the event differs from its predecessors in that it spans the entire period between 2020 and 2024, rather than taking place every four years. Its planned launch necessarily delayed by the pandemic, “Force Times Distance” opened in August 2021 and was to incorporate a series of lecture, public events, and publications.

The Sonsbeek & State of Fashion foundation board in a statement expressed regret over the artistic team’s departure and said that rather than respond publicly, through the media, to the charge leveled against it by the curators, it would address the departing staff’s concerns privately, having invited those leaving to meet with them in person.

Previous articlePantónio creates a new mural in Starreja, Portugal
Next articleSecrets of the Isenheim Altarpiece: Interview with Experts