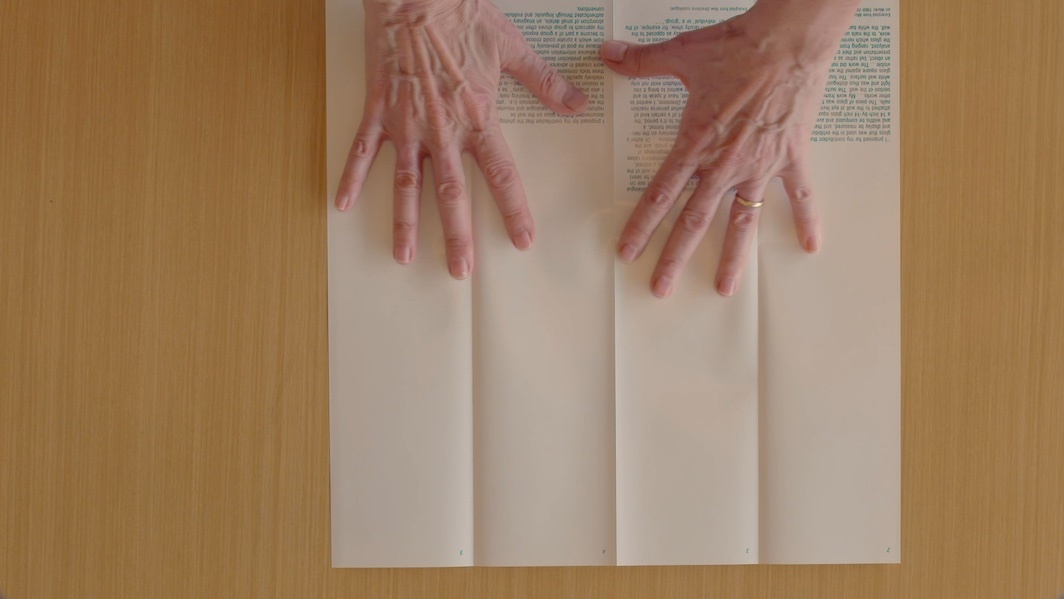 This solo show by Silvia Kolbowski, an erstwhile coeditor of October, features two video works, Who will save us?, 2022, and Missing Asher, 2019, both of which are cinematically projected in separate darkened viewing rooms at Kunsthaus Glarus. This is certainly fitting in the case of the new work, which collages elements from two science-fiction movies, Fritz Lang’s Metropolis (1927) and George Lucas’s THX 1138 (1971). On paper, Kolbowski has edited the films together to emphasize how, under capitalism, alienation leads to the scapegoating of otherness. This synopsis, though, does not do justice to the optical vitality of the work, which begins with a sequence of monochromatic inserts à la Paul Sharits, and whose shots are intermittently repeated, inverted, and filtered through vibrant colors.

Missing Asher is ostensibly very different. In it, Kolbowski narrates the fate of an artwork based on a 1973 project by Michael Asher that she made in 1990 for a group show at a commercial gallery that had been bankrolled by finance capital and later folded. This narrative is accompanied by footage of Kolbowski’s hands sorting through material relating to the piece, as well as relevant stills. Kolbowski maintains a documentarian’s composure throughout, albeit with a certain degree of playful archness, as when she repeats the gallerist’s confused response to her warning that her contribution to the show may not be very commercial: “What is she talking about?”

The connection between Who will save us? and Missing Asher is prima facie unclear. Whereas the former is visceral and clearly guided by affect, the latter is definitively conceptual and implacably dispassionate. However, both concern the extinguishing of the authentic individual in modernity, and in both Kolbowski’s distinct authorial voice suggests aesthetic practice as an avenue where individuality is still be possible.