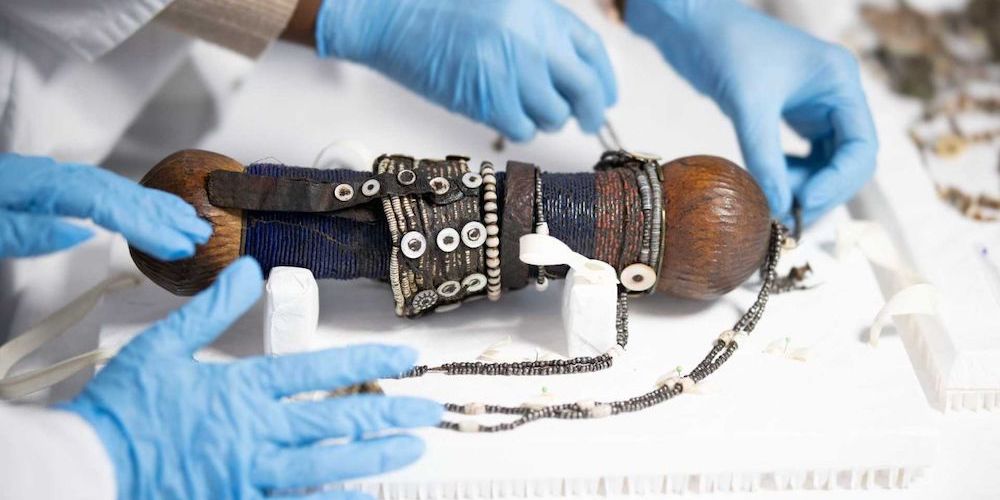 Berlin’s Ethnological Museum of the Prussian Cultural Heritage Foundation is sending twenty-three ancient objects to Namibia as a joint research project between that institution and the Museums Association of Namibia, reports Monopol. The purpose of the project, undertaken in spring 2019, had been to assess the cultural value of about fourteen hundred artifacts and to uncover their history; some of the objects are believed to have been taken during the genocide committed by German military forces against the Herero and Nama people between 1904 and 1908. The items that will travel to Namibia are those that have been deemed most culturally significant of the assortment: They are being returned so that researchers in Namibia may investigate their provenance further; additionally, contemporary artists will be invited to view the artifacts as a source of inspiration for future work and as a fulcrum around which debate may center.

Of note, the objects, which include jewelry and earthenware, are expected to remain in Namibia, though the Prussian Cultural Heritage Foundation—an organization run by the German federal government that is in charge of twenty-seven museums and cultural organizations in the Berlin area—has not characterized their return as an official repatriation. The foundation was one of the first to address the return of the Benin bronzes, a trove of artifacts looted from the kingdom of Benin, as Nigeria was then known, in 1897 and dispersed across the Western world. The organization, which is at present working with several other Western institutions toward the repatriation of ill-gotten objects held by these museums, earlier this year shepherded the return of antediluvian skeletal remains taken from Hawaii for Berlin’s Luschan Collection; these were repatriated in February and interred near the burial ground from which they had been stolen.