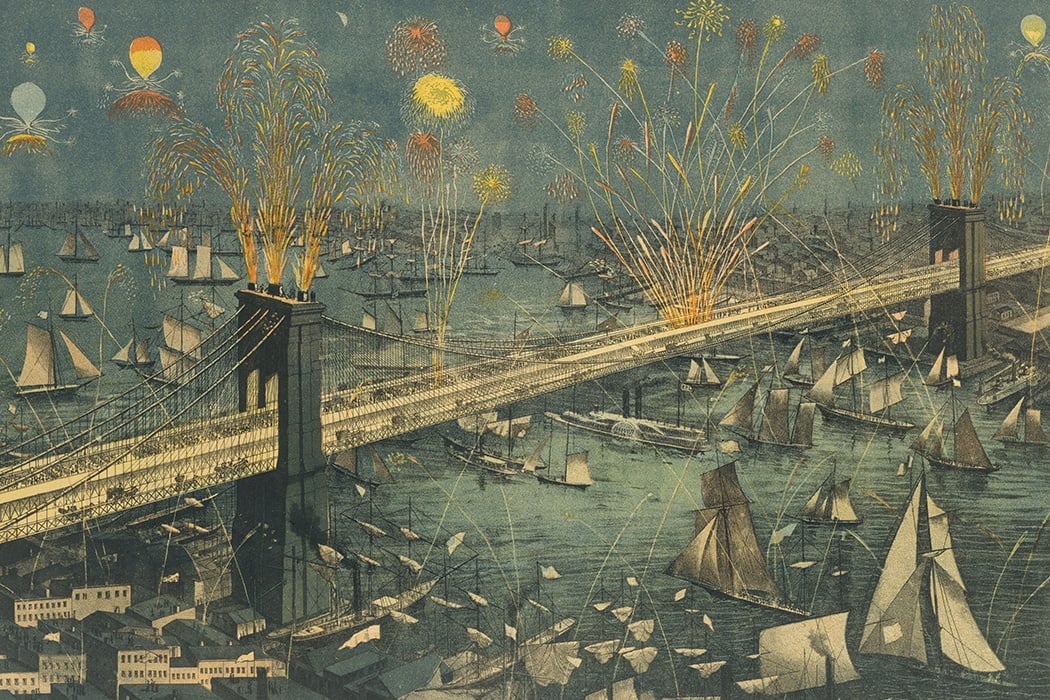 Bonfires, parties, or reading in bed. Ideas for how one should spend New Year’s Eve are endless, and everyone should spend it the way they like. Probably most of us like to watch fireworks at midnight, but all pet-owners know how stressful the noise of explosions is for many animals. So I thought that instead of making firework shows this year, we can instead admire New Year’s fireworks on canvas.

Igor Stravinsky wrote Fireworks, Op. 4 in 1908 and he described it as a “short orchestral fantasy.” Giacomo Balla designed sets and lighting for its premiere on 12 April 1917, at Teatro Costanzi in Rome. Although the production was commissioned and produced by Sergei Diaghilev, Feu d’Artifice was not, in fact, a ballet, but rather a light show orchestrated on a geometrical set created by Giacomo Balla.

Sam Francis began painting when he was constrained to spend long hours in hospital after being diagnosed with spinal tuberculosis. In his early career, he experimented with Abstract Expressionism and Surrealism, to eventually develop a personal style characterized by dripping bright colors onto the canvas. Over a thousand of his works bear references to Chinese and Japanese art, French Impressionism, or his own Bay Area roots.

The canvas surface is flat and yet space extends for miles. What a lie, what trickery—how beautiful is the very idea of painting.

Konstantin Somov also knew Sergei Diaghilev, as he was introduced to him by a friend. Although he studied under the great Russian painter Ilya Repin, he preferred the style of Watteau and Fragonard. For example, in the 1910s he executed a number of Rococo harlequin illustrations to the poems by Alexander Blok. After 1917, he emigrated to the United States to avoid the Russian Revolution but he quickly moved to Paris because the States were “absolutely alien to his art.”

In 1974, the 81-year-old artist began a series of paintings by flinging buckets of paint at canvas. Many see them as Pollock-like, but I see here more the influence of Sam Francis and other drip artists. What do you think?

May your upcoming year be safe, successful and inspiring! <3