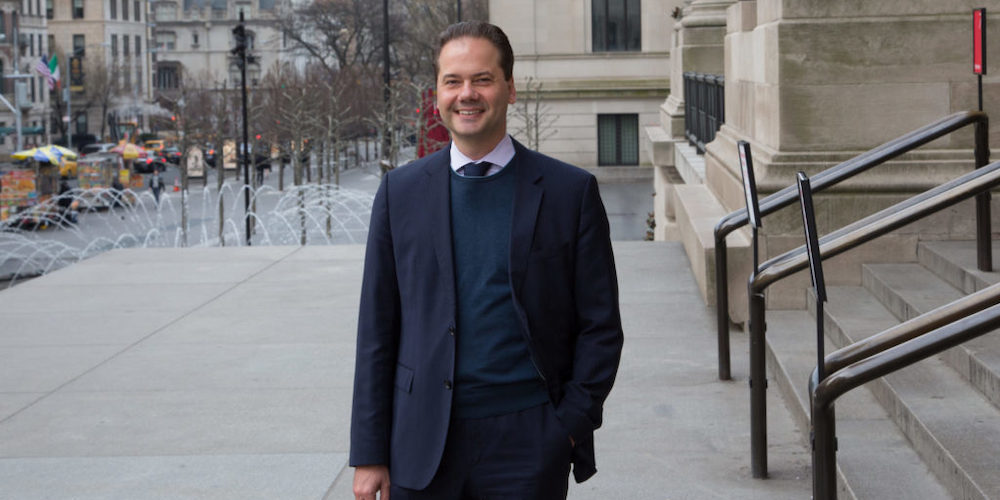 Max Hollein, since 2018 the director of New York’s Metropolitan Museum of Art, will additionally assume the role of the institution’s CEO in July 2023. The post is being vacated by Daniel Weiss, who earlier this year announced he would step down in June 2023 after six years in the position (Weiss has been president of the museum since 2015; he took on the added role of CEO in 2017). The Met board decision to appoint Hollein to the role followed an exploration by a subcommittee of Hollein’s achievements to date and of his suitability for the role.

“We are delighted to appoint Max to lead the Met into the future,” said board cochairs Tony James and Candace Beinecke in a joint statement. “He has overseen the programmatic side brilliantly during this most turbulent period—finding a way to create an environment where the incomparable Met staff have been able to excel—while also benefitting from the partnership and stewardship of Dan Weiss, whose leadership and mentorship has been extraordinary. The Met is extremely fortunate to have a great leader in Dan for this next year, and to have Max ready and able to lead in future years.”

Prior to arriving at the Met, Hollein for several years led the Fine Arts Museums of San Francisco. He earlier served as director and CEO of three German institutions: the Schirn Kunsthalle, which houses modern and contemporary art; the Städel Museum, home to a significant collection of old master, nineteenth-century, and modern art; and the Liebieghaus, whose sculpture collection features work ranging from ancient Egyptian to Neoclassical.

Hollein’s assumption of the CEO position marks a return for the Met to a traditional leadership structure. The museum cleaved the role of CEO from those of president and director (having previously paired it with one or the other) following the contentious 2017 departure of Thomas Campbell, who had occupied both roles since 2009. For his part, Weiss—whose tenure encompassed the Covid-19 crisis and who oversaw several capital projects including most recently the initiation of a $500 million remodeling of the Modern Wing— appeared to have no regrets about passing the role to Hollein. “I would rather go out on top,” he told the New York Times. “Better to go out when things are going well from a position of strength.”

Previous articleOne to Watch: Jazoo Yang Makes Art That Refuses To Forget
Next articlePUSHING IT FORWARD: ILLicit Creatives Claiming Space on the Streets of the Bronx, New York