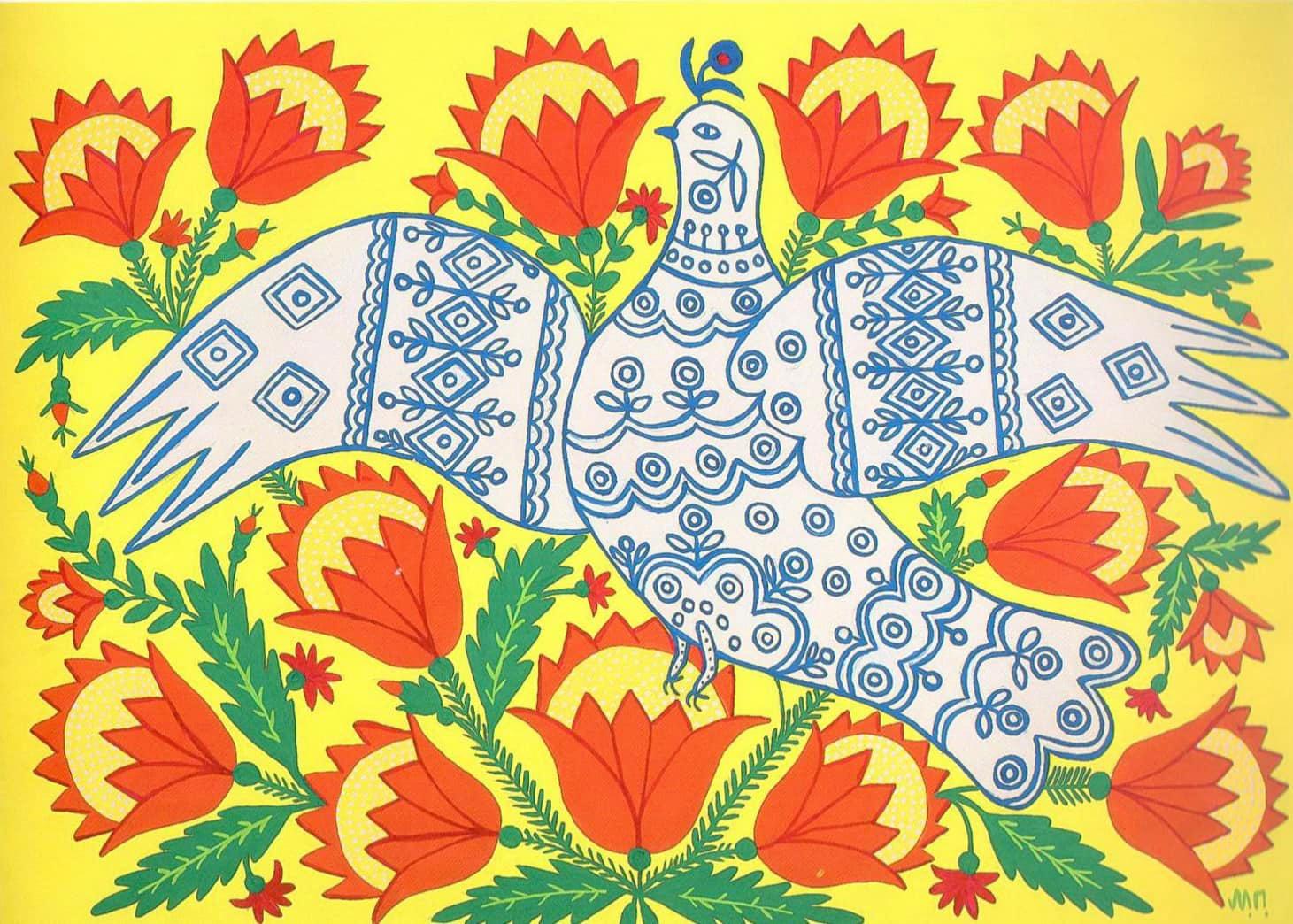 The artist never accepted money for her paintings; she always gifted them to friends and neighbors. Maria Prymachenko died in 1997.

National Museum of Ukrainian Folk Decorative Art in Kyiv hosts another large, consisting of around 650 pieces collection of artist’s works. We hope that the Russians won’t get there.

This article will be updated once more information will be known.

*11:30 AM EST UPDATE: There are Twitter sources claiming that some of the masterpieces (all of them?) have been rescued by the local residents. We are trying to confirm this information.

** 4 PM EST UPDATE: The Ukrainian Institute, which is a public institution that represents Ukrainian culture internationally confirmed that the inhabitants of Ivankiv rescued the works by Maria Pryimachenko.

Previous articleAsk a Gallery Owner: Should I Donate My Art to Charity Events? – RedDotBlog
Next articleMatthew López-Jensen – ‘‘When I’m walking in the landscape I compose pictures in something that feels close to a dream state’