Madame de Pompadour as an Artist 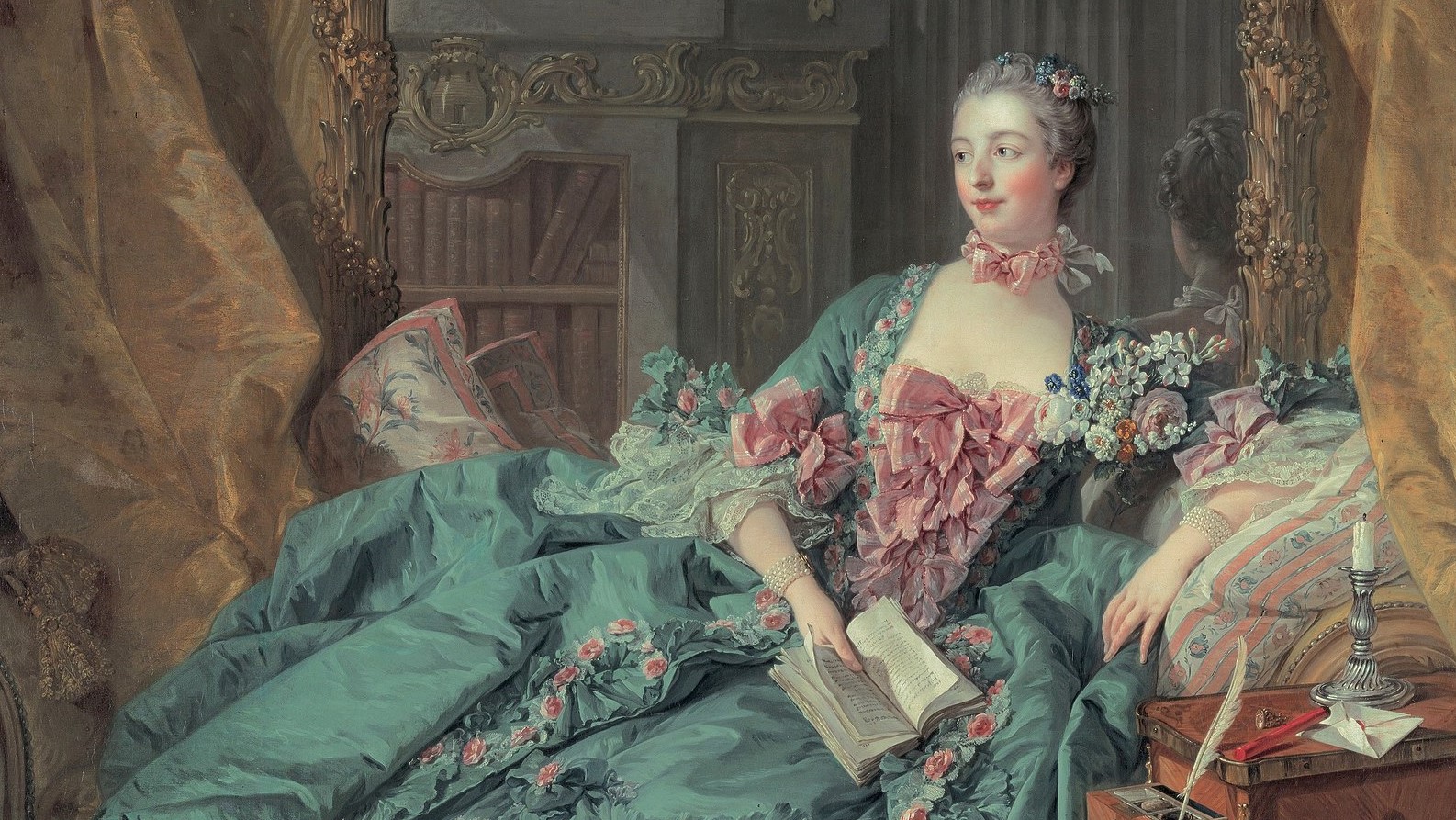 Jeanne Antoinette Poisson (1721–1764) became the royal mistress of Louis XV when she was 24 years old. Her official position as mistress lasted until 1751, yet she remained in the court and in favor of the King of France until the end of her life. Even after their sexual affair ended, she remained the king’s friend, confidante, and political advisor. Madame de Pompadour was not just an attractive woman. The role she occupied in the French court was obviously a sexualized one, but highly political as well.

More Than Just A Mistress

A well-educated woman, Madame de Pompadour was associated with French intellectuals such as Voltaire and Diderot. She was also a well-known patron of the arts, often commissioning works of art and supporting the production of porcelain and tapestry. The Marquise was portrayed by some of France’s greatest painters, such as François Boucher and Maurice-Quentin de La Tour.

In one of her famous portraits by Boucher, the objects around De Pompadour symbolize her knowledge, artistic interests, and patronage. In her life, she surrounded herself with expensive and fine works of art. By decorating and redecorating her houses, she was constantly buying furniture, tapestries, statues, ceramics, and many other decorative arts. The works of art she commissioned were to be displayed at the court and in her private collection.

Besides leading French artists, she also put her creative mind to work. Playing a musical instrument and drawing were some of the skills expected of women then (especially well-educated ones). She did etchings, practiced small-scale sculpture through gem cutting, and even acted (the King, in particular, enjoyed the plays she put on at the court).

In possession of the Walters Art Museum is the only full remaining copy of The Suite of Prints Engraved by Madame de Pompadour After the Carved Gems of Jacques Guay. The object was purchased from a Parisian book dealer by Henry Walters, founder of the museum, in 1895.

The leather portfolio has been recently rediscovered among the museum’s items by art historian Susan Wager. Holding 52 etchings, this rare set was created by Madame de Pompadour in the 1750s, and probably not more than 20 copies were produced. It was a sophisticated and complex project that combined numerous artists and artistic processes.

Jacques Guay, the artist who carved the gems, worked in the Marquise’s residence in Versailles. He carved the gems for her but also taught her how to do so. This project ended up being an important record of Guay’s gems, since most of his work is now lost. In the prints, the gems’ designs can be appreciated in an enlarged view and diagrams signal the size and type of the stones.

Previous articleMyths and Misconceptions of the Art World | Myth #4 – Lower Art Prices = More Sales – RedDotBlog
Next articleThe Others: Meet the Others: Brett Patman