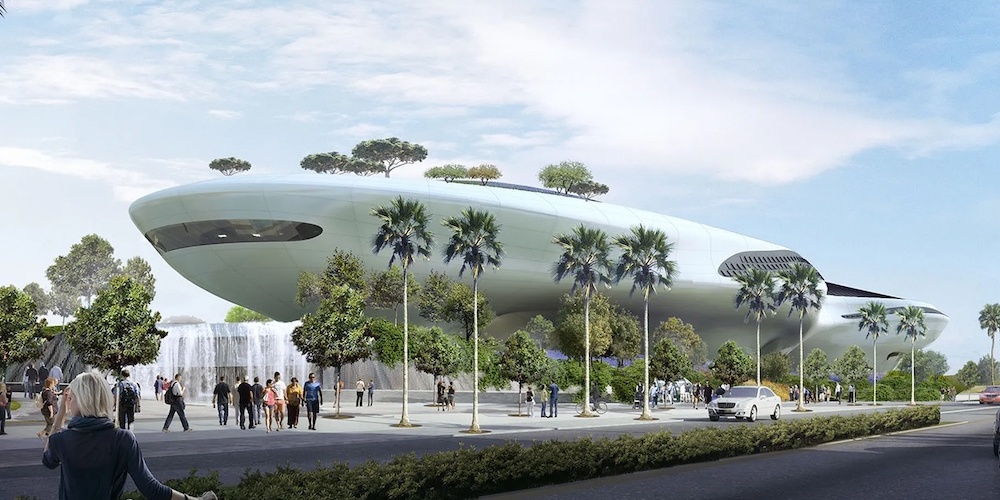 The opening for the Lucas Museum of Narrative Art has once again been deferred. The museum, founded by filmmaker George Lucas and Mellody Hobson, now plans to open in 2025, after previously postponing its opening from 2022 to 2023 owing to construction delays. Lucas Museum director Sandra Jackson-Dumont told the Los Angeles Times that supply chain issues deepened by the pandemic are the cause of the latest pushback.

The $1 billion spaceship-shaped museum, which began construction in Los Angeles’s Exposition Park in 2018 after abandoning plans to build in Chicago and San Francisco, will explore storytelling in art through a collection of over 100,000 works—ranging from paintings and illustrations to photography, film, animation, and digital art—currently valued at around $400 million and expanding quickly. Last December, the institution acquired Robert Colescott’s 1975 painting George Washington Carver Crossing the Delaware; other recent acquisitions include works by Laura Aguilar, Jaime Hernandez, Kerry James Marshall, Frida Kahlo, and Alice Neel.

Construction of the 300,000 square-foot, five-story building—which will sit on an 11-acre campus with a surrounding park and gardens—is being helmed by Ma Yansong of MAD Architects.

Previous articleArtscape 2022 in Kiruna, Sweden
Next articleVideo – Ask a Gallery Owner: The truth about gallery commissions and how they affect pricing – RedDotBlog

Untitled enigmatic objects that are crafted from

Untitled enigmatic objects that are crafted from