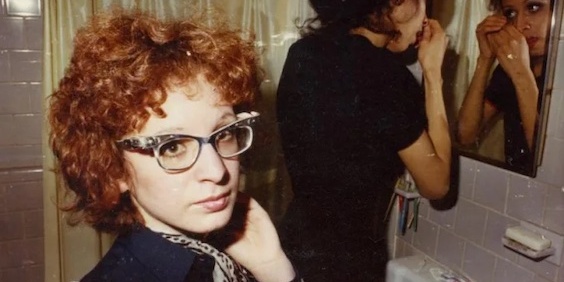 All the Beauty and the Bloodshed, Laura Poitras’s searing film about photographer Nan Goldin’s activist crusade against Sackler family members connected to the opioid crisis, was named the winner of the prestigious Golden Lion for best film at the Seventy-Ninth Venice International Film Festival on September 10. According to Screen Daily, Poitras’s film is only the second documentary (after Gianfranco Rossi’s 2013 Sacro GRA) to take the coveted prize in the festival’s history.

Poitras, an investigative journalist who won an Oscar for her 2014 documentary, Citizenfour, about Edward Snowden, in her acceptance speech thanked festival officials for recognizing that “documentary is cinema.” In All the Beauty and the Bloodshed, she explores Goldin’s life, career, and campaign against the Sacklers, which began after Goldin became addicted to OxyContin following an injury. Through the advocacy group P.A.I.N. (Prescription Addiction Intervention Now), which she founded in 2017, Goldin waged a sustained battle against the members of the Sackler family connected with Purdue Pharma who enriched themselves via the drugmaker’s aggressive marketing of the powerful opioid.

Goldin and her cohort drew attention to the philanthropic “artwashing” efforts by members of the Sackler family, via which they supplied major arts institutions with tremendous amounts of money in exchange for naming rights pertaining to galleries and other public spaces. Among the museums around the world who removed the Sackler name, stopped accepting donations, or otherwise distanced themselves from the family after Goldin & Co. brought pressure to bear are New York’s Metropolitan Museum of Art; London’s Serpentine Galleries, Tate Modern, and Tate Britain; and the Musée du Louvre in Paris.

The members of the Sackler family who own Purdue Pharma —and who in 2020 were cited by the House Committee on Oversight and Reform as having played a “central role in fueling one of America’s most devastating public health crises”—have to date been convicted of no criminal wrongdoing. In March, they agreed to pay $6 billion toward victims of OxyContin abuse and their families.