“Kinetismus: 100 Years of Electricity in Art” at Kunsthalle Praha 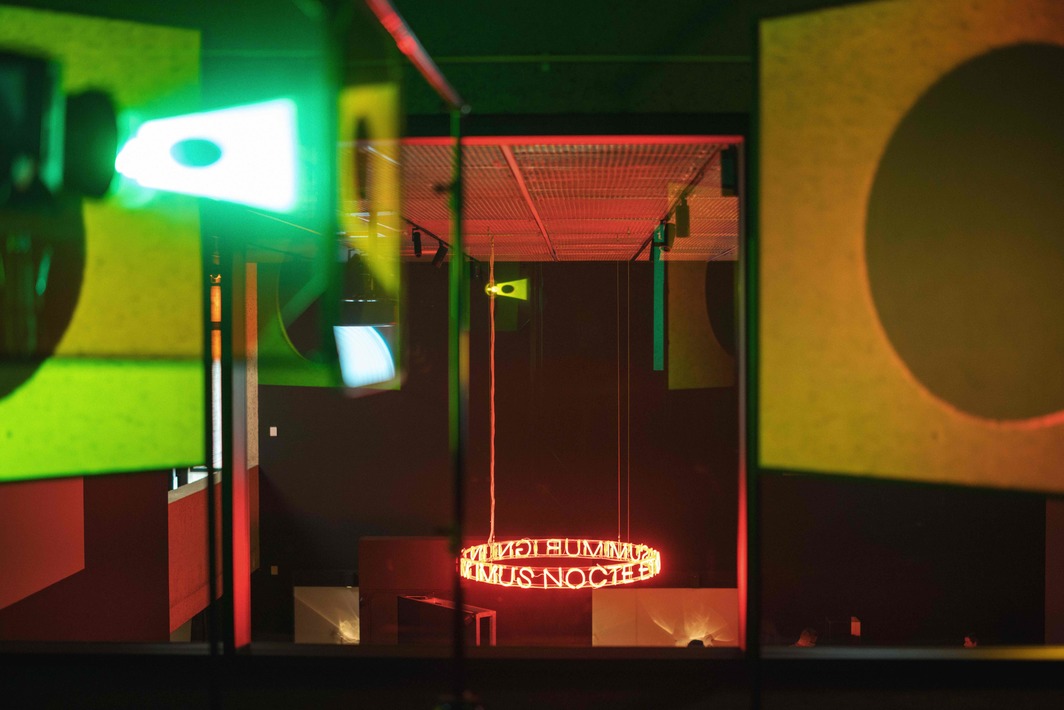 The Kunsthalle Praha is not, strictly speaking, a kunsthalle. It is privately owned and operated by the Pudil Family Foundation, which has permanently loaned its collection to it. But the choice of name is deliberate, combining the German term kunsthalle and Prague’s Czech name to signal the founders’ ambition to revive the city’s status as a crossroads of diverse European cultures and languages.

As the Kunsthalle Praha is located in a former power substation, it was only natural to inaugurate the venue with an exhibition on electricity and art. Curators Peter Weibel, Christelle Havranek, and Lívia Nolasco-Rózsás took as their starting point the work of Zdeněk Pešánek, a Czech artist and theorist who is largely unknown outside his native country. Pešánek’s Kineticism: Kinetics in Art—Color Music, published in 1941, was perhaps the first book on kinetic art anywhere. Written in Czech, it has yet to find the broader readership it deserves.

Among the works on view is Pešánek’s illuminated sculpture The Male and Female Torso, 1936. The curators hail the piece—made of then-novel materials such as synthetic resin, neon tubes, lightbulbs, artificial stone, and metal—as one of the earliest neon sculptures in the history of art. The sculpture is flanked by a replica of fellow pioneer Naum Gabo’s Kinetic Construction (Standing Wave), 1919–20, as well as by an exhibition copy of one of Marcel Duchamp’s Rotoreliefs, 1935/1959, and László Moholy-Nagy’s 1930 film experiment A Lightplay: Black White Grey. The curators put these historical offerings in dialogue with more recent works from artists including Woody Vašulka, Gyula Kosice, Christina Kubisch, and even Weibel himself.

Translated from German by Gerrit Jackson.