Kahlil Robert Irving at MoMA – The Museum of Modern Art 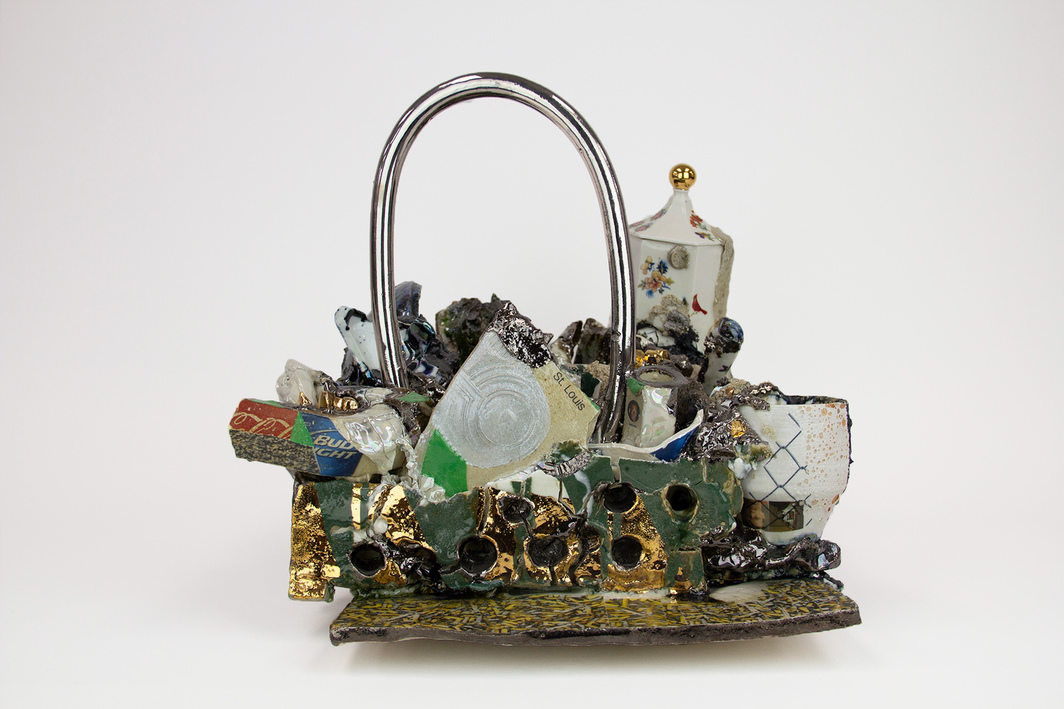 For his solo exhibition here, Kahlil Robert Irving has frozen the act of surfing the internet and transposed it into wallpaper that covers an entire gallery on the museum’s first floor. Bringing to mind images of laptop screens crowded with infinite windows and tabs, Irving immerses us in the clutter and clamor of online life via memes, social media screenshots, e-newspaper headlines, and more. On a number of walls, this seemingly endless universe of signs is set against a background of clouds, as though this digital realm were heaven.

Irving’s frenetic tapestry is specifically concerned with intervening on the aporia of Black life on the internet, where Black culture is both spectacularized yet secret, and where Black sociality is hyper-visible but opaque, given the idiosyncratic languages and codes that surreptitiously circulate among Black internet users. The layers of contradiction that animate Blackness live without apology in the tumult of Irving’s installation.

Irving also elaborates on these tensions through a juxtaposition of comedy and tragedy: Headlines about anti-Black violence collide with memes sourced from Black Twitter as “weary” face emojis partially obscure pictures of an Black man bound with rope and led through the streets of Galveston, Texas, by a pair of cops on horseback—a horrific scene not from the distant past, but from only three years ago. On the gallery floor, ceramics busy with similarly robust concatenations of found media give these contradictions three-dimensional form. For example, in Arches & standards (Stockley ain’t the only one). Meissen Matter : STL matter, 2018, dainty antique chinaware is woven into heavy, roughly textured asphalt and other materials, all of which is coated with ads and images of demonstrations following the 2017 acquittal of Jason Stockley, the Saint Louis police officer who shot and killed a Black man by the name of Anthony Lamar Smith in 2011.

But within this bricolage of familiar-yet-overwhelming imagery, Irving leaves discrete traces of his presence that ground the work in a reality that is shared, but also individually specific. His ceramics bear the physical imprints of his hands, while on the walls digital screenshots made on Irving’s own computer reveal a life lived in the form of time stamps, cellular battery statuses, “likes” and other forms of social media commentary by the artist. In revealing his own presence, Irving carves a quiet intimacy out of digital pandemonium.