Joan Mitchell: An American in France 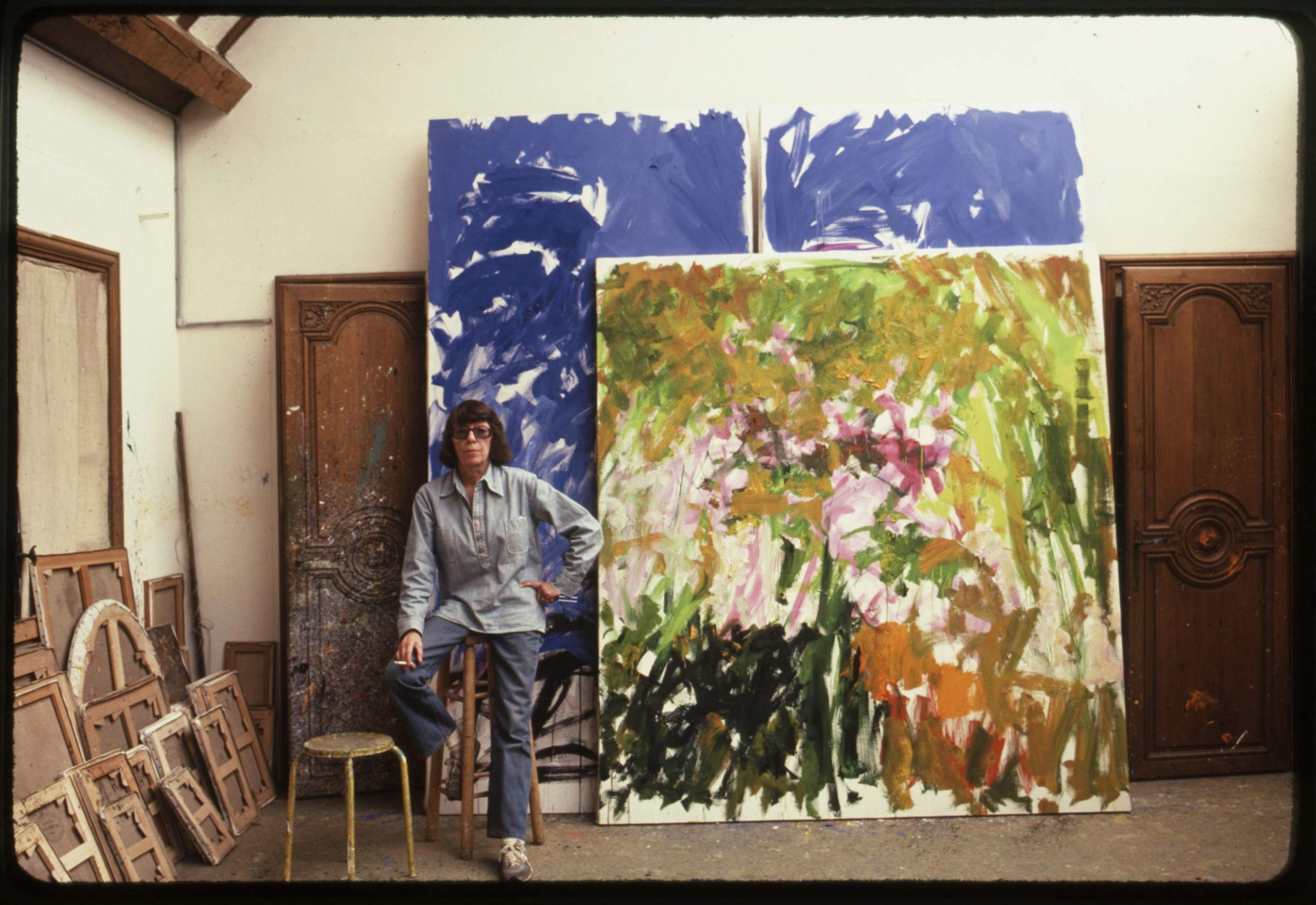 Mitchell came to Paris for the first time in 1948, only three years after the end of WWII. She arrived in France by boat in the port of Le Havre and was immediately shocked by the conditions in the country after the war. Her stay in the capital was neither long nor particularly positive. She lived in a cold apartment and had a shortage of food (like everyone in the city at the time). Due to her poor condition, a doctor advised her to move to the south of France to regain her health.

Traveling Above the Atlantic

However, this did not stop her from coming back. From 1955 until the end of her life she moved back and forth between France and the US, which had a serious impact on how she was seen as an artist. What was so special about France that made her want to split her life between the two countries?

Maybe she felt a connection to the French artists of the 19th century, whose artworks she saw numerous times in the Art Institute of Chicago while at school. Or perhaps she felt closer to the American expatriates living in Paris than other members of the Abstract Expressionist movement who lived in New York.

Either way, she must have felt a deep connection to France as in 1959 she bought a studio in Paris, only to move farther away from the city in 1967 by buying an estate in the village of Vétheuil, close to the capital. Some would say that this place was not chosen by mistake since it was close to Giverny, the place where Claude Monet settled down.

Let’s have a look at some of the artworks Joan Mitchell created in France.

August Rue Daguerre is an abstract and very gestural painting. Rue Daguerre is a street in the 14th arrondissement of Paris, well-known for being a very lively place. It is filled with cafes, shops, and restaurants. It shouldn’t be surprising that Mitchell depicted it with extremely colorful, energetic lines. When looking at the canvas, we can feel the energy of the living city vibrating from the bold tones and expressive brushstrokes.

Mitchell painted Vétheuil after buying a house in the village, but before moving there. She created it in the Parisian studio on Frémicourt street. The blue and green shades make us think of a landscape that cannot be found in a city. They represent the freshness and nature that we associate with the countryside. The composition is not crowded, Mitchell left a lot of space around the shapes. Maybe it is an allusion to the fact that in Vétheuil she finally got the opportunity to have a large studio and not worry about being restricted?

Sunflower is one of the first paintings of the flower series. Does the title make you think of a famous painter who also settled down in France? Vincent van Gogh was one of Mitchell’s inspirations for painting this canvas, but not the only one. As a matter of fact, Jean Riopelle, her partner at the time, also planted huge sunflowers in her garden in Vétheuil the year she moved. Maybe looking at them every day made her want to transform them into an abstract canvas.

End of the Adventure

Joan Mitchell passed away from lung cancer in 1992 in the American Hospital in Paris. Until her final days she stayed in Europe. It is impossible to say whether she felt more American or French throughout these years, whether she really felt that Vétheuil became her proper home. What we can observe, however, is that after moving to Europe her style began to differ from other American Abstract Expressionist painters. It became more focused on color and less gestural. Going to a different artistic environment made her the artist she was, without considering the citizenship she held.