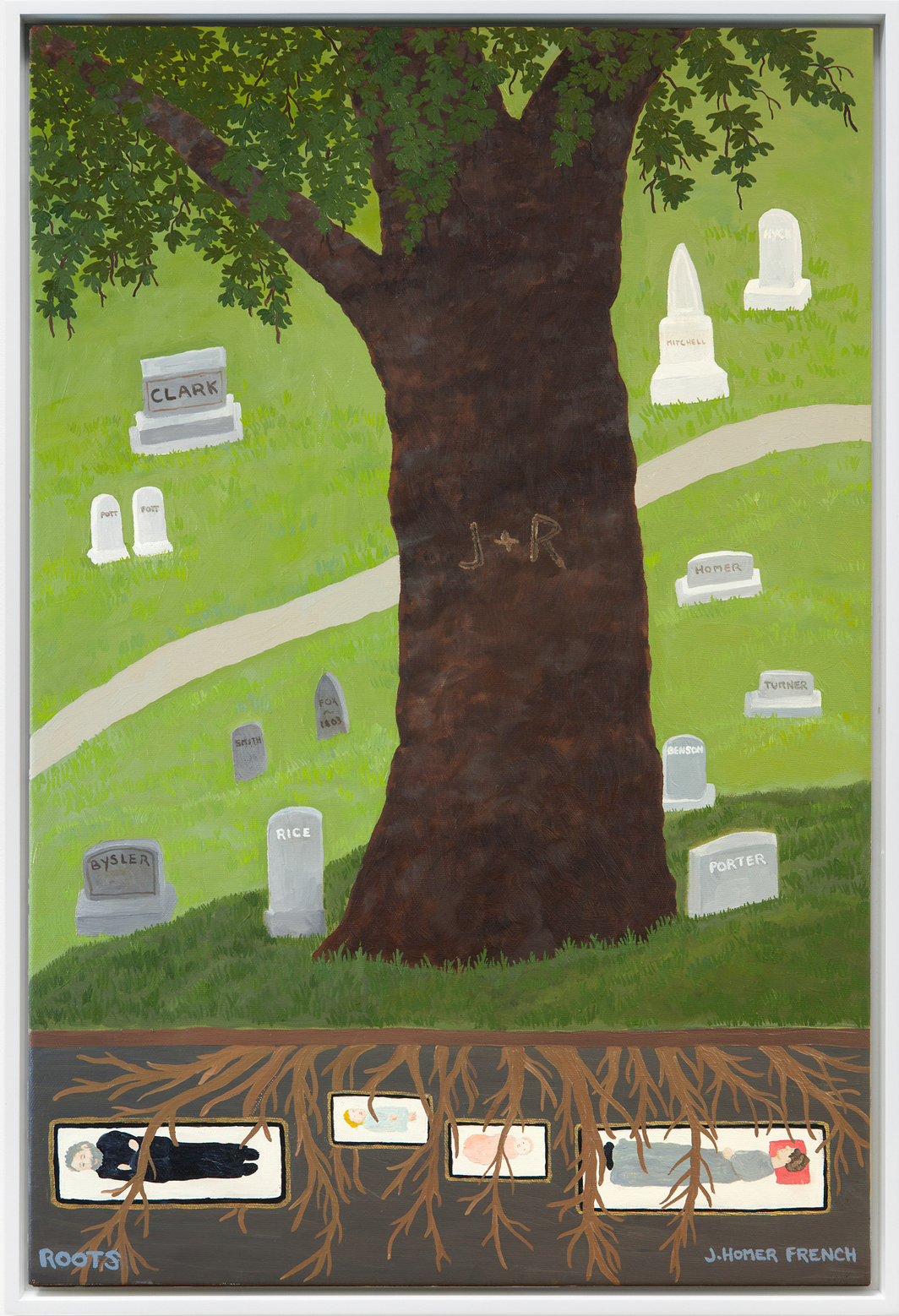 Cartoonish pine trees, flat skies, and billowing American flags converge on the canvases of octogenarian painter Jessie Homer French. Last year, in response to the politicization of the United States Postal Service during Trump’s presidency, the artist documented several post office locations that were either defunded or at risk of being closed. Isolated planes of brick red and institutional gray set the structures apart from their surrounding environments, which are at turns dramatically verdant and arid. Unpeopled, the scenes are eerie, save for the occasional passing dog or bobcat.

All-caps text and zip codes painted onto the canvases identify each rural location: Mountain Center, California; Rensselaerville, New York; Vida, Oregon; and Winter Harbor, Maine. (One picture from the 2020–22 series depicts a post office that has since burned down along Oregon’s Blue and Mackenzie rivers.) Homer French lives in an unincorporated mountain town more than one hundred miles from Los Angeles; her contact with the outside world is limited to a landline telephone and handwritten letters.

The artist’s deadpan approach to depicting morose subjects—death, decay, ruination—is best distilled in her cemetery paintings. At the bottom of these works, we see registers of cheerfully dressed corpses in their coffins. In the exhibition’s namesake, Roots, 2021, modest tombstones with Anglo-Saxon last names—Porter, Smith, Turner—punctuate a green lawn, while the initials “J+R” are carved into the bark of a massive tree in the foreground. (The letters stand for the first names of the artist and her late husband Robin, who died in September 2021.)

The artist spends six months drying out each of her canvases. This reason, along with the inclusion of several of her works in the 2022 Venice Biennale, might be to blame for the small scale of her show here. It’s a solid but narrow look into the practice of an artist who is a longtime recluse and, now, rising star.