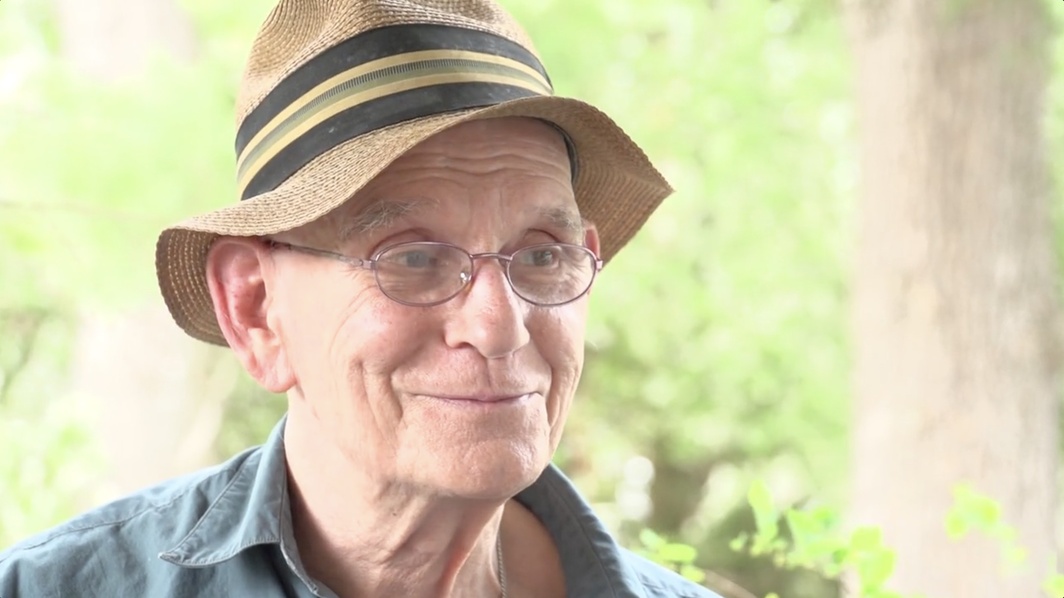 Playwright, actor, and doyen of downtown performance Jeffrey Weiss has died age the age of eighty-two. In the wake of his passing on September 18, figures including the novelist and historian Sarah Schulman, actor Harvey Fierstein, and the critic Lynne Tillman took to social media to express their grief, the latter writing: “He was electric.”

Born in Allentown, Pennsylvania, in 1940, Weiss dropped out of high school and moved to New York City as a young man, becoming involved in the city’s bourgeoning experimental theater scene as a performer and dramatist. Forgoing formal acting training—he reportedly quit Stella Adler’s class after a single session, finding it to be an “offensive lesson in group therapy”—Weiss’s made his onstage debut at La MaMa Experimental Theater Club in 1964 in Robert Sealy’s Waiting Boy. In the ensuing years, Weiss would perform regularly at the storied venue, garnering attention for his eccentric and unnerving performances in productions such as Louis Mofsie’s Three Mask Dances (1966); Jean Reavey’s Window (1966); H.M. Koutoukas’s When Clowns Play Hamlet (1967); and Julie Bovasso’s Gloria and Esperanza (1969), among others. He also drew particular acclaim for his own dramatic works. In the words of Lawrence Kornfeld, cofounder of Judson Poet’s Theater and Theater for the New City, “the best things ever done at La MaMa were by Jeff Weiss.”

His first one-man show there, And That’s How the Rent Gets Paid, debuted in 1966. As Stephen J. Scott-Bottoms writes in Playing Underground: A Critical History of the 1960s Off-Off-Broadway Movement, the serial play would secure Weiss’s status as “the most celebrated self-performer of the period.” Directed by Weiss’s partner and frequent collaborator Richard C. Martinez, the production was described by one critic as a “frightening study of paralyzing anxiety,” with the protagonist subjecting his audience to a “cascade of fantasies, reminiscences, meditations, poetry-readings, and miscellaneous schticks.” In 1984, the Wooster Group presented a much-altered ensemble version of the work titled …And That’s How the Rent Gets Paid, Part IV (Or, The Confessions Of Conrad Gehrhardt). Reviewing the production in Artforum’s May 1985 issue, critic John Howell lauded the show as “an ideal demonstration of what a theater of our time could be: mocking and moving, hilarious and earnest, cheap to produce and rich to experience, freewheeling and moral, and always inventively entertaining.” He also noted that the play was a “thoroughly, explicitly gay epic, one in which every encounter, whether male or female, turns on homosexual attraction. It is a real accomplishment that Weiss renders this viewpoint so insistently and straightforwardly.”

Fragments of And That’s How the Rent Gets Paid later appeared in the Obie-award winning Hot Keys (1992), and Weiss and Martinez would continue to mount continuously morphing versions of the former work at Good Medicine & Company, a storefront theater ran out of their 10th Street apartment, and other alternative venues in Manhattan until 1997, when the couple left the city for Weiss’s hometown of Allentown after Martinez became ill with Parkinson’s disease.

In the late ’80s, Weiss, with Martinez’s encouragement, tried “going legit,” giving commended performances in Shakespeare’s Macbeth alongside Christopher Plummer on Broadway in 1988, in Hamlet with Kevin Kline at the Public Theater in 1986, and other mainstream productions. Nonetheless, it is for his own anarchic, protean, and collaborative works that he will be most vividly remembered. In 2015, Artforum’s Jennifer Krasinski praised “the sublime and gutting” reproduction of And That’s How the Rent Gets Paid mounted at The Kitchen that year. Recounting the final moments of that show’s final performance for BOMB, performer Jim Fletcher wrote, “at some point Jeff called the final ‘Blackout!’ and pulled the plug on the whole affair. I’m not sure how it happened. We were on our feet. A lot of tears.”

With that, Weiss led the audience in one last sing-a-long to the show’s signature closing number, the Herman’s Hermits’ hit “There’s a Kind of Hush.”