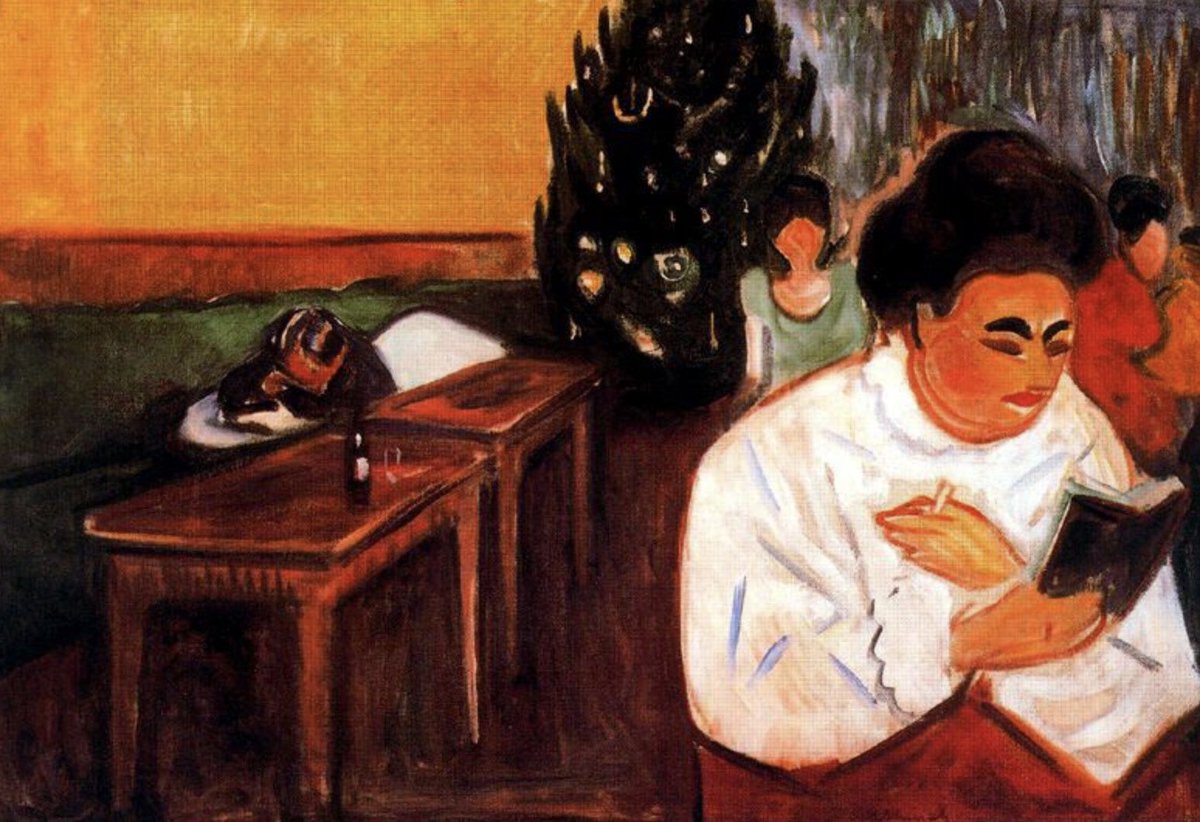 Ho, ho, ho, Christmas is here! Whether you’re religious or just enjoy a meet-up with friends and family, Christmas is an occasion to celebrate. If you’re curious about what Christmas in paintings looks like, have a look. And how do you spend Christmas?

Going For a Walk

The canvas of a winter night in Brittany was found in Gauguin’s (1848–1903) studio in the South Seas after his death. We can see a steeple and the snow-covered cottages of Pont-Aven, yet the women’s clothes suggest that they come from another village, Le Pouldu. Gauguin could have begun the work during his last Pont-Aven visit in 1894, but since the composition combines different sources of inspiration (the oxen are modeled on Egyptian tomb sculptures, while the figures in the shrine derive from the photographs of a frieze in Java), it is more likely that he painted it in Tahiti, where he must have missed Brittany.

Nicholas Roerich (1874–1947) was a Russian painter and a spiritual writer. Interested in hypnosis, he got involved in the Theosophy movement. Many say that his paintings have hypnotic qualities. Can you sense them here? Orthodox Christmas must definitely be hypnotic, just imagine the golden icons reflecting the candlelight!

When Jacek Malczewski (1854–1929), a Polish painter, stayed in Paris, he turned to patriotic and national themes in his paintings. He missed his home country so much, that he called it a disease that caused him to like “nothing except his motherland.” In this painting, he wanted to express the despair and loneliness experienced by the Polish expatriates sent to Siberia during the most family-centered holiday of the year.

In 1934, Dali (1904–1989) and Gala were on their first trip to the US, the country that had long intrigued Dali who loved the idea of a “new country” and the opportunities he saw there, which are symbolized by the egg, a symbol of the birth of something new, or of a change taking place. Here, Dali really pays the tribute to the US, since the black hole in the egg forms the shape of North America, with South America painted in gold beneath it.

Taking Time to do All the Things You Like

This “light yet melancholy” painting shows girls just after decorating a Christmas tree. Critics described it as “ironic, sentimentally unholy” and consider it a commentary on upper-class Norwegian households and Munch’s own “pietistic home background.” Prostitution was one of Munch‘s (1863-1944) favorite themes to the extent that one particular room in a German brothel inspired him to make an entire series of paintings, The Green Room.