Homage to Carmen Herrera, An Artist That Never Gave Up 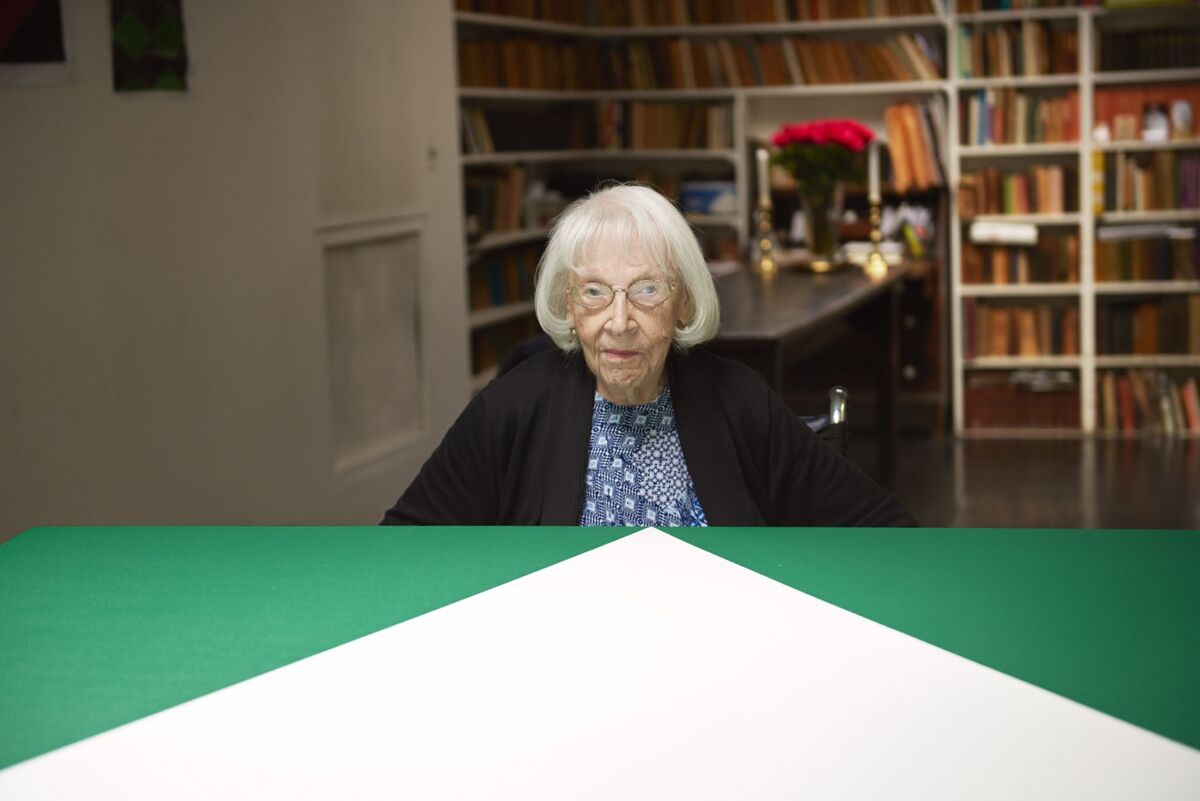 Carmen Herrera was born in Cuba in 1915 but spent most of her life in Paris and New York.

In 1938, she entered Universidad de La Habana to study architecture, but didn’t finish because of the political instability the country was going through. Soon after that, she moved to New York and got married to Jesse Loewenthal, an English teacher who introduced her to the city’s intellectual and artistic world.

At the end of the 1940s, the couple moved to Paris, where they met many of the avant-garde artists of the time. Herrera experienced first-hand all the styles and movements that were exhibited in the French capital, including the Bauhaus and the Suprematists.

The couple moved to New York after five years, but Herrera didn’t find a good reception of her work. She struggled to find galleries that were willing to show her paintings mainly because of her gender. Herrera famously told journalists that a gallerist in New York said to her that her work was very good but he was not going to give her a show just because she was a woman.

Herrera’s art faced neglect over the main part of her career. In the US, Abstract Expressionism was booming in the 1950s and nobody was interested in showing her well-thought-out precise minimalism, a movement that she anticipated in at least 10 years.

In addition, the fact that she was a Latin American woman made things worse. Latin American countries were seen as exotic places and people still expected art to depict its exuberant nature and fruits. The idea of a woman painting geometric abstraction was unthinkable. In the following years, she was completely forgotten.

Despite being ignored by the art world, she never stopped creating new and fresh work. Recognition came only when she was 89 and sold her first painting, followed by taking part in collective exhibitions and finally getting her own retrospectives in the US, UK, and Germany.

The latest of these happened in 2017 when the Whitney Museum in New York showed Carmen Herrera: Lines of Sight. It was a celebration of Herrera, then 101 years old, in the heart of the city she chose to live and work.

The Love of Straight Line

Her signature style of geometric, straight-lined, and bold colors, paintings, and sculptures were developed throughout the years. Herrera started to paint in classic, representational styles but she wasn’t interested in them. The turning point happened in Paris when she saw the work of Joseph Albers and the Russian Suprematists. She then abandoned any attempt to representation and immersed herself in the beauty of strict, sharp lines.

When she began experimenting with geometric abstraction, her work looked like Op-Art, but her style became more and more minimalistic over the years.

The Blanco y Verde series created at the end of the 1950s, until the 1960s, is one of her most famous works. In them, Herrera plays with canvas space and explores the colors, white and green, in triangles with various dimensions. It is almost a “hide and seek” that gives us the notion of depth through precise lines.

Previous articleAsk a Gallery Owner | How Long Does it Take Artwork to Sell? – RedDotBlog
Next articleAdvocating for Artists in Their Communities with Louise Martorano