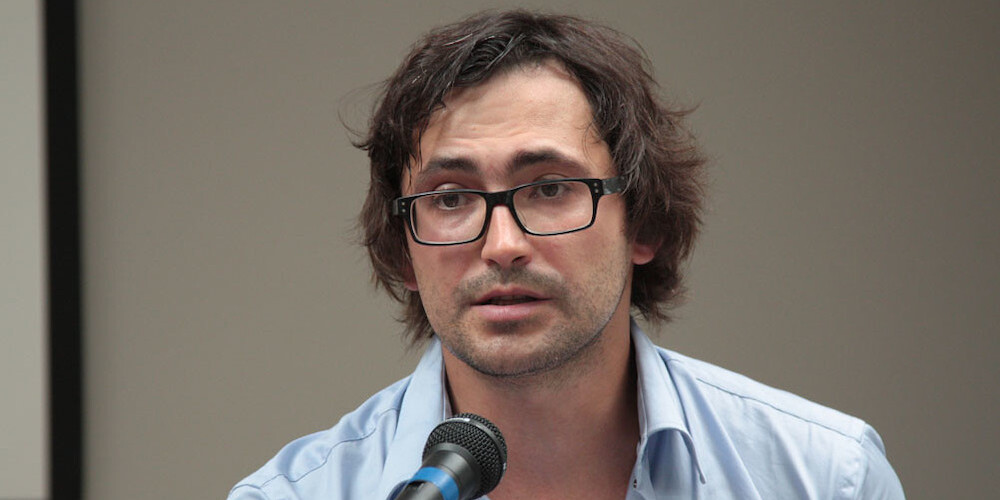 Dimitri Ozerkov, who since 2007 has led the contemporary art department at the State Hermitage Museum in Moscow, has stepped down from his role there in protest of Russia’s violent and continued invasion of Ukraine. Ozerkov announced his departure in an October 2 Instagram post, featuring a manipulated image of a glowing airplane emergency exit sign, in which he averred that he was leaving because “I don’t intend to have anything in common with today’s Russia.”

Ozerkov revealed that he made the decision to leave in March, shortly after Russia began its aggressive foray into Ukraine, and in the immediate wake of an article in the government-run Russian newspaper Rossiiskaya Gazeta in which Hermitage director Mikhail Piotrovsky accused the West of trying to cancel Russia over the country’s warmongering.

“After Russia sent its troops to Ukraine,” Ozerkov wrote, “dialogue and respect ceased to mean anything in Russia, the news were replaced by propaganda that says nothing about Russian armed forces to be accused of numerous crimes against the civilian population. As a Russian citizen I saw this shame as my own fault too and I shared this opinion. Then my choice was to stop doing anything in and for today’s Russia.”

Ozerkov, who specializes in eighteenth-century and contemporary art, arrived to the Hermitage in 1999 as curator of fifteenth- to eighteenth-century French prints. While at the institution, he organized more than forty exhibitions, including those featuring work by Chuck Close, Jan Fabre, Antony Gormley, Ilya and Emilia Kabakov, and Anselm Kiefer. In 2011 and 2015, he oversaw the Hermitage Museum’s projects for the Venice Biennale, respectively presenting the work of Dmitry Prigov and the Gothic glass-themed show Glasstress 2015 Gothika.

Ozerkov additionally quit the St. Petersburg City Council for Culture. “I salute all for whom the Greek word Exodus, used by the writers of the Septuagint, has become the only possible way out of the current situation,” he wrote, concluding, “Russia squeezed out all of us who wanted nothing but good to its culture.”