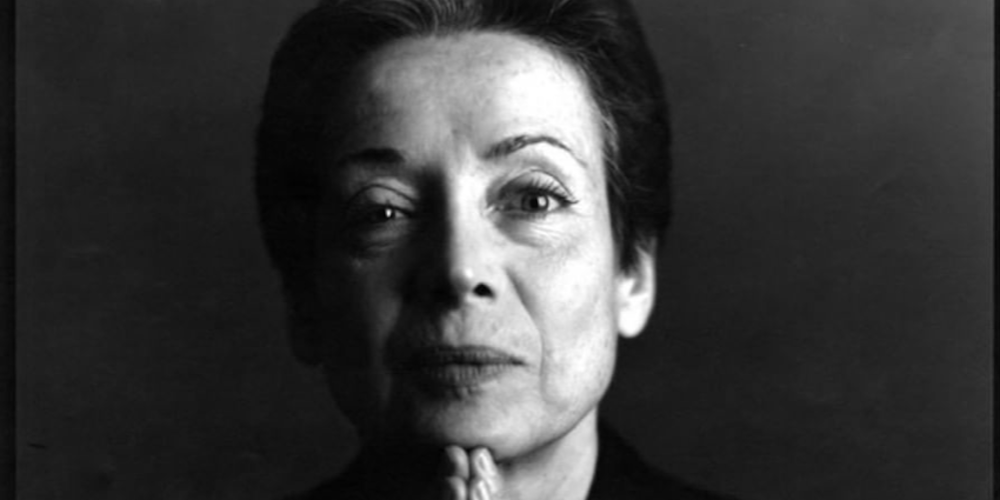 Veteran art journalist Grace Glueck, who helped bring a 1974 sex-discrimination suit that kicked open the door of the New York Times for female reporters, died October 8 at her Manhattan home at the age of ninety-six. Glueck was known for her witty, revelatory, and seemingly effortless writing on art, which reached its pinnacle in the late 1960s and early 1970s, as the city’s art scene was exploding. Bringing the eye of a reporter, rather than that of the critic, to her stories, Glueck over a career that spanned sixty years set a standard for art writing at the New York Times that elevated the subject to an essential one, and that inspired newspapers across the country to begin covering the topic themselves.

Grace Glueck was born July 24, 1926, in New York and raised in suburban Long Island. She obtained her BA from New York University—then largely a commuter school and not the block-swallowing behemoth it would later become—where she served as the editor of The Apprentice, the school’s literary magazine. Following her 1948 graduation, she undertook a short stint at a travel magazine. She began working for the Times in 1951, as a copy girl, after a man who interviewed her for the job scrawled the phrase “attractive brunette” across her application, according to the paper of record. Two years later, she took a position as a picture researcher at the New York Review of Books. In 1963, after she suggested illustrating an article on Nabokov’s Lolita with one of Balthus’s nymphets, she was awarded a Sunday art column and thus becoming an anomaly at the paper, where women were typically relegated to clerical and secretarial roles.

Art People, as her column was known, combined hard-news reporting with lengthy interviews and brief gossipy items, and soon attracted notice from the editors at the Times’s daily news operation, who took her on as an arts reporter. Glueck began in earnest covering the turbulent New York art scene, which in the late 1960s and through the 1970s was marked by the loft movement that radically changed the face of SoHo, and by the ascendancy of Pop Art alongside Op Art, Minimalism, Happenings, and an insurgent feminist arts movement.

In her new capacity, Glueck, who by the time she retired would write more than three thousand articles for the Times, wrote about or interviewed hundreds of artists, among them Jean-Michel Basquiat, Willem de Kooning, Marcel Duchamp, Georgia O’Keefe, Phillip Pearlstein, and Andy Warhol. In 1969, Times publisher Arthur Sulzberger posted a list of editorial promotions that included no women. Glueck wrote Sulzberger, demanding to know why. No satisfactory reply was offered, and five years later, eight women working at the publication filed what Mary Marshall Clark, director of the Center for Oral History Research at Columbia University, would later cast as was “the most important sex-discrimination lawsuit in American journalism,” accusing the Times of violating the Civil Rights Act of 1964; the “attractive brunette” remark was cited as evidence in the lead-up to the trial. The suit was settled in 1978, with the Times agreeing to place more women in jobs of all levels and to create annuities to pay for wages lost owing to delayed career advancement or denied opportunity.

Glueck—who for a brief time served as cultural editor of the Times’s daily edition before abdicating her post in favor of reporting, which she preferred—retired in 1991. She wrote two books, worked briefly for The Observer, and then returned to the Times, for whom she served as a contributor well into her eighties.

Art journalism for Glueck “really provided a life, and the work was interesting,” she told Sharon Zane, who interviewed her for the Museum of Modern Art’s Oral History Program in 1997. “I did love the work. I loved to go out and talk to people, and in my whole life I cant ever remember looking at the clock and saying, ‘Thank God, it’s time to go home.’”