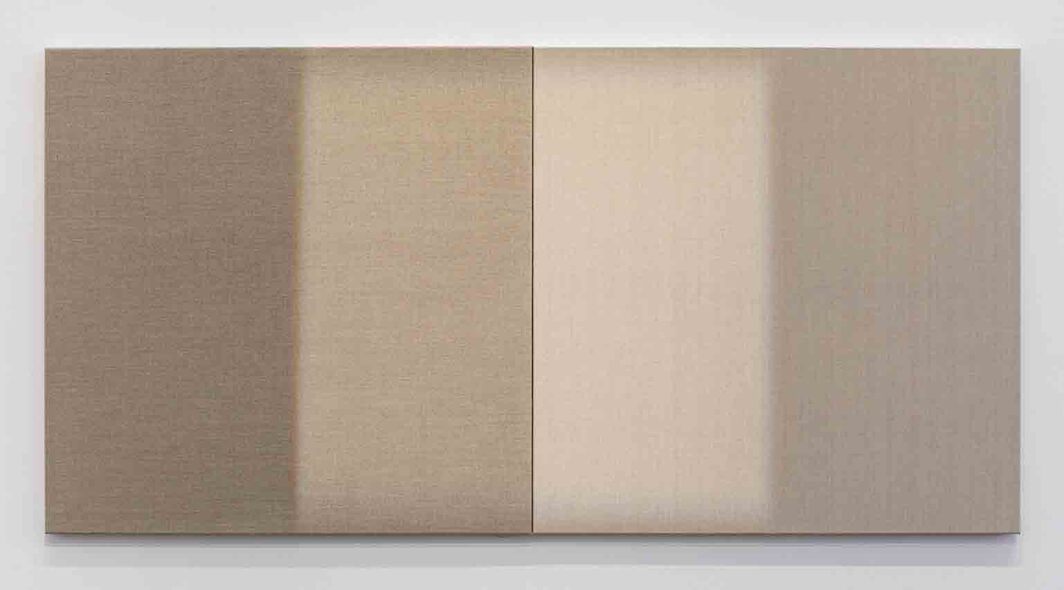 Untitled enigmatic objects that are crafted from an array of evanescent or seemingly precarious materials—including light, linen thread, fabric, and slats of wood—make up Fernanda Gomes’s debut exhibition here. Although her process is intuitive, meticulous, and full of right angles, the artist frequently sources the items for her work from her immediate environment. Indeed, her art is highly economical, in both principal and practice. Gomes spent six grueling weeks in the gallery preparing for this show and transformed her surroundings into an extension of the domestic space she operates from in Rio de Janeiro.

Since 1988, Gomes has treated her exhibitions as single pieces, and this one features a show within a show— a “light specific ensemble,” according to the press release, in which the artist filtered man-made light through Italian scenography linen to create tonal evenness. She also coated the walls with a shade of white, “chantilly lace,” which is the American version of the paint she used to treat some of the works in the show: Branco neve suvinil classica, a “classic snow white” by the Brazilian manufacturer Suvinil. Gomes finds there is a big difference between the Suvinil and the standard white used by many galleries in the US (sometimes known as “Sol LeWitt white”) which she says “has too much gray.” The space’s wood floors, however, were untouched—the terrain “is neutral,” according to Gomes, and “creates a beautiful reflection that I like.”

Her minimal floor-based and wall-mounted sculptures are quietly playful, like illusions, and rife with art-historical references, among them Kazimir Malevich’s 1918 canvas, Suprematist Composition: White on White. Malevich comes to the fore a number of times, especially in those instances where Gomes treats light as paint . For example, in a pair of canvases placed side by side, a centered square of light illuminates half of each panel, producing four evenly sized bands in variegated shades of beige. For those not paying close attention, some details may well be overlooked, especially since the show includes things that may or may not be artworks, such as a stick in a column, a stack of cardboard, and a pile of wood. The exhibition is quietly active, a work in progress—Gomes allows us to recognize the hidden potentiality of everything in the room, to embrace the strange power of all the “unfinishedness” before us. To quote the artist, “Who said the show had to be ready for the opening?”