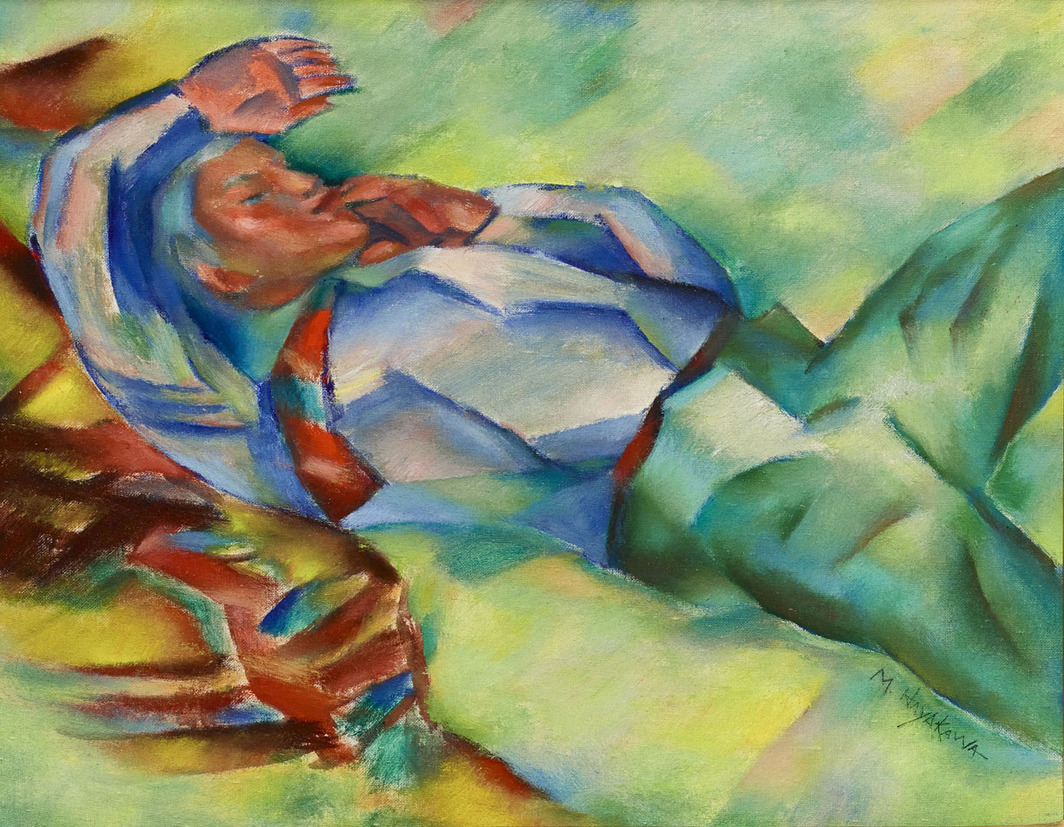 In this group show—organized under the auspices of Asian American Art Initiative at the Cantor Arts Center—forty-six artists offer guiding images of Asian American dignities, experimentation, and sociality. Taking up AAAI co-director Marci Kwon’s provocation to “conceive of collection as debt,” this presentation frames the institutional wealth of California’s Stanford University (the center is a part of the school) as built upon Chinese migrant laborers’ and displaced Indigenous peoples’ backs. The show also presents the AAAI’s acquisitions as owing to Asian American ancestors who created our conditions of possibility. This exhibition stages an affective relation to the past, calling to mind a question by Ocean Vuong: “Is that what art is? To be touched thinking what we feel is ours when, in the end, it was someone else, in longing, who finds us?”

Wing Kwong Tse—a debonair painter who moved to America from China but never bothered to become a US citizen, wandered around Hollywood unemployed with John Steinbeck, and didn’t mind when he was KO’d in boxing matches—pored over each thread and wrinkle in his photorealistic watercolors, rendered in quarter-inch strokes. Old Man, ca. 1940s, is one of his many portraits of Mr. Wong, a man he frequently saw in Washington Square Park in San Francisco’s Chinatown. “I have painted Mr. Wong from memory many times, each time he is different, yet [always with] the same wonderful face.” Wing said in a 1979 issue of Jade magazine, “What a wonderful face, it told his whole life.”

How do our bodies hold the lives of others when memory is as shifting as it is? Perhaps Kwon’s proposition of collection as debt can be refigured as debt in collection, whereby artworks are held together by a common collector, as Asian Americans are by the shared dream of a better life––a dream that is often difficult to afford. Emphasizing this hopefulness against the abattoir of history that records only exclusions, dispossessions, and incarcerations, Miki Hayakawa’s painting Sleeping Man, 1926, depicts its subject finding respite in the dappled-green bed of his mind. Cubistic waves pour across his torso and through his limbs: He glimmers like dew upon the grass, sprawls like weeds in summertime.