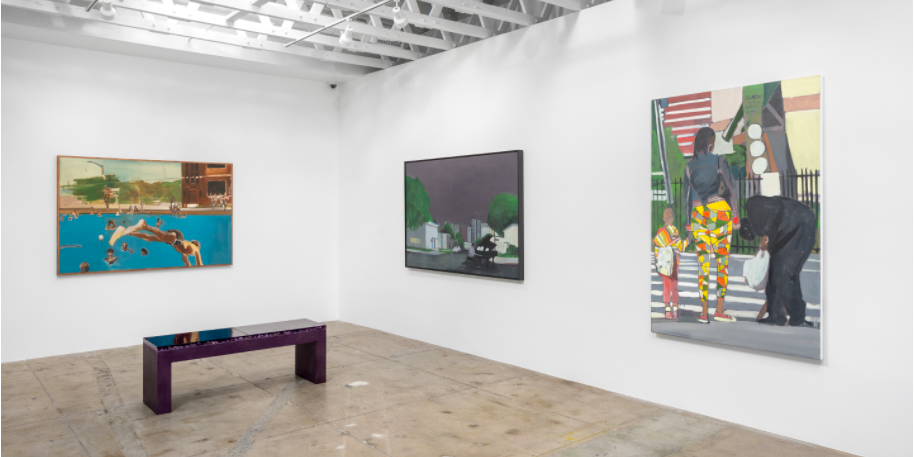 Just months after being appointed codirector and curator of Los Angeles’s Underground Museum, Meg Onli is leaving the nonprofit gallery, as is her codirector, Cristina Pacheco, according to a post on Instagram by museum cofounder Karon Davis. The pair’s departure comes as an exhibition of the work of Noah Davis closes after little more than a month on view; opening on January 28, the show had been scheduled to run through September 30.

“For now, we ask that everyone give us the space and privacy needed to understand the future of the museum and to heal individually and collectively,” wrote Davis. “We simply do not have any answers right now. So, we will also be closing the museum until further notice. During this period, we encourage you to engage with the incredible art spaces all over our beloved Los Angeles.”

The Underground Museum was established across four storefronts in LA’s Arlington Heights neighborhood in 2012 by married artists Karon and Noah Davis; in 2015, Noah died of a rare soft tissue cancer. The purpose of the museum, which has always been free to the public, was to bring museum-quality exhibitions devoted to Black art to diverse audiences at no cost to visitors. The Underground Museum quickly became renowned as a model for integrating art with community; it was this reputation to which Onli pointed when she left the Institute of Contemporary Art, Philadelphia, where she was an associate curator, to accept the position with the LA gallery.

“The curatorial practice was one of the things that drew me to the UM,” Onli told the New York Times on her hiring. “The way Noah was making shows was in line with mine, shows that were big and bold and not constrained.”

Though no light has yet been shed on the reason behind the departures of Onli and Pacheco—who had been with the organization since 2015 as a board member, moving up to COO and interim director in 2020 ahead of Onli’s arrival—Karon Davis in her post alluded to the changes wrought by Covid since the institution’s founding; the rise of the Black Lives Matter Movement; and to the emotional turbulence stirred up by the sight of Noah Davis’s work hung on the gallery walls for the first time since his death.

“It . . . has been [hard] for our family to let go enough to allow Meg and Cristina to do their jobs,” she acknowledged. “They have been extraordinary, and we are so grateful for the work they did with us.”