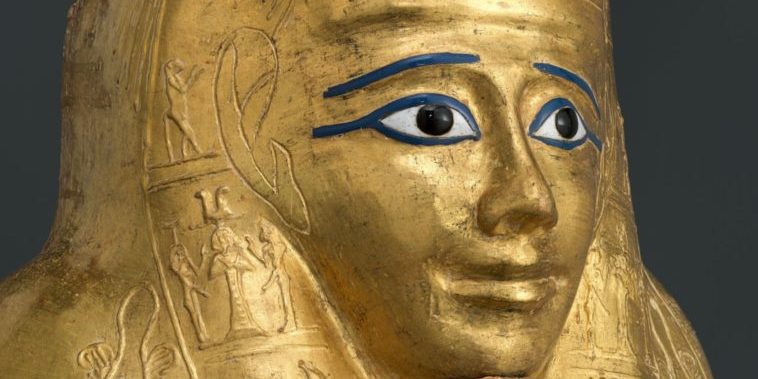 German-Lebanese dealer Roben Dib, who is suspected by US and French officials to been heavily involved in the sale of looted objects to the Metropolitan Museum of Art, New York, and the Louvre Abu Dhabi, was collared in Hamburg last week, The Art Newspaper reports. Via a European arrest warrant, Dib was summarily shipped off to France, where he remains in custody, awaiting trial in a Paris court on charges of gang fraud and money laundering.

Dib is alleged to be connected to French dealer and Mediterranean archaeology expert Christophe Kunicki who, with his husband, Richard Semper, was in 2020 detained in Paris and charged with running a widespread trafficking business involving looted antiquities from Egypt and the Middle East. Authorities began looking into Kunicki’s doings after he sold a golden sarcophagus to the Met for €3.5 million ($3.85 million). The National Law Review reported at the time of Kunicki’s arrest that the Met, which had not properly reviewed the object’s ownership history on receiving it, had later learned the item’s provenance had been forged and that it had been nicked during the Arab Spring uprising of 2011. The Met issued an apology and returned the sarcophagus to Egypt. The criminal investigation into Kunicki, undertaken by the Manhattan district attorney’s office, revealed that he had obtained the object from Dib and a pair of elderly brothers living in California, Simon and Serop Simonian. The DA’s office additionally seized a 2,600-year-old Egyptian stele bound for the art fair Tefaf New York, purported to have been sold illegally by Dib and the Simonian brothers to a French gallery. The item was repatriated and the gallery, like the Met, vowed to sue those involved.

Dib is additionally suspected of having sold five important Egyptian works—among them a Fayum portrait and yet another golden sarcophagus—to the Louvre Abhu Dhabi for a total of €50 million. The dealer has denied that he came by the items illegally, asserting that he obtained them from the late Simon Simonian, who worked as a dealer in Cairo from 1969 to 1984, and that all the artefacts were attended by had legitimate export documents dating to that time.