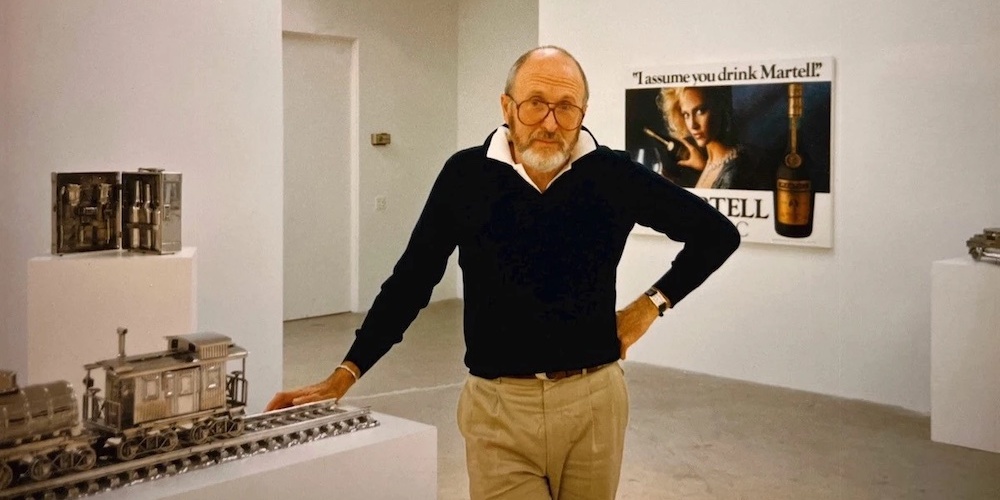 California dealer Daniel Weinberg, whose sharp eye for fresh and enduring talent led him to give Robert Gober his very first show and who introduced to the West Coast the work of such now-renowned artists as Dan Flavin, Jeff Koons, Sol LeWitt, and Bruce Nauman, died February 25 of natural causes at the age of eighty-eight. The news was announced by his children, Jonathan, Kate, and Nick Weinberg. A canny salesperson and a staunch supporter of his artists—one client recalled being told he could only buy a Christopher Wool work if he also purchased a Dan Flavin piece—Weinberg opened his gallery at a time when the West Coast was considered a relative art-world backwater. He was instrumental in shaping not only the careers of the many artists he showed, but also the Los Angeles art market that today is considered a lodestar of the art world.

Born in Chicago in 1933, Weinberg attended New York’s Fashion Institute of Technology. After graduation, he took a job with Levi Strauss & Co., working his way up from sales trainee to designer. In the early 1970s, influenced by the work he saw at New York’s tiny Bykert Gallery, extant from 1966 to 1975 and run by Jeff Byers and Klaus Kertess, he decided to open his own gallery. “I could have walked away with a pension and stock options,” he told LA Weekly in 2013, but he wanted to introduce the artists he’d seen at Bykert to an audience on the other side of the country.

Weinberg established his first gallery in San Francisco in 1973, showing work by Carl Andre, Richard Artschwager, Jo Baer, Bernd and Hilla Becher, Barry Le Va, Robert Mangold, Sylvia Plimack Mangold, Bruce Nauman, David Navros, Dorothea Rockburne, Richard Tuttle, and Joe Zucker. After a decade, he moved to Los Angeles. “Within a few months,” he said later, “I realized this is where I should have started.” In LA, the always prescient Weinberg began showing Koons, whose 1986 exhibition there, “Luxury and Degradation” included a seven-piece stainless-steel model train whose cars were filled with Jim Beam whiskey; an artist’s proof of the work would sell for roughly $34 million less than thirty years later.

In 1993, following a stint running his gallery in Santa Monica, Weinberg, with his three young children in tow, returned to San Francisco. The art market for the type of work in which he was interested remained soft—“You couldn’t have sold a Han Dynasty pot,” he joked—and he returned to Los Angeles, first occupying a space in West Hollywood that had hosted a branch of Gagosian Gallery, as it was then known, and later moving to an address on Wilshire Boulevard. Among the other well-known artists whose work he showed before closing up shop in 2012  were Lee Bontecou, Peter Cain, Carroll Dunham, Charles Gaines, Mary Heilmann, John McLaughlin, and John Wesley. Weinberg was never interested in achieving fame for himself and for the duration of his career appeared to employ the same starkly simple criterion in selecting artists to which he’d hewed when he founded his first gallery in 1973. “I was lean and I was hungry,” he said, “and I went after everyone I thought was interesting.”

Previous article“New In 22” at Woodward Gallery on Manhattan’s Lower East Side
Next articleHarriet Powers: A Black Female Folk Artist Who Regained Her Glory