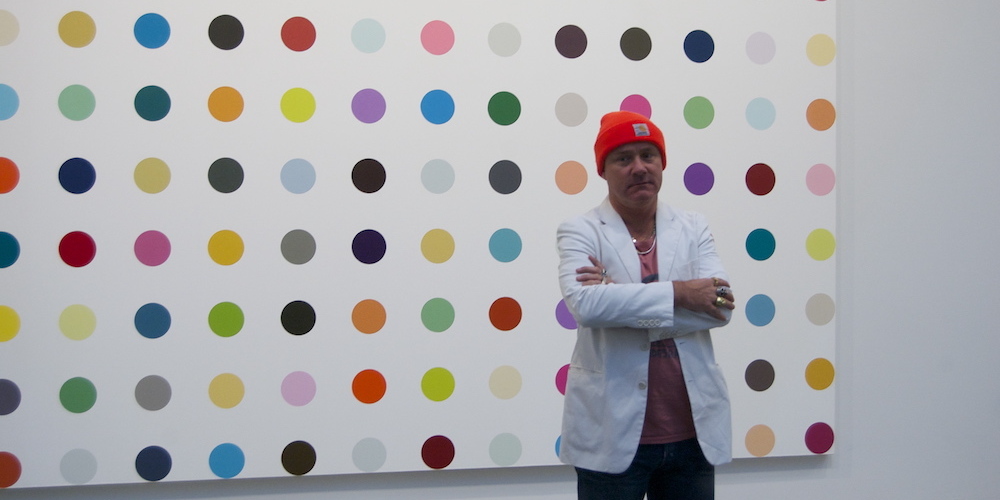 Conceptual artist Damien Hirst, who has made a career of raising eyebrows with works such as those respectively comprising a dead tiger shark suspended in a Lucite tank filled with formaldehyde and a human skull made from platinum and paved with diamonds, has done it again—though this time via a fiscal, rather than artistic, endeavor. Hirst, whose personal wealth is estimated at roughly $396 million, applied for and received £1.3 million ($1.7 million) in government pandemic relief aid through his company Science (UK) Ltd. According to the Daily Mail, the enterprise, through which Hirst employs a number of studio assistants to help him churn out his Spot and Cherry Blossom paintings, reaped a reported £18.2 million ($24 million) during the Covid crisis, turning an astounding £3.5 million ($4.6 million) profit in 2020, with sales jumping in the first months of the crisis.

The Observer additionally reports that Science (UK) Ltd.in 2021 received a three-year, £15 million ($20 million) Covid emergency loan mean to cover business interruption and supplied by the British government. At the time, the company’s art holdings were valued at  £42.7 million  ($56 million). Hirst laid off sixty-three workers during the same span of time. Hirst, a Turner Prize winner and perhaps the most notorious of the YBAs (Young British Artists), who gained fame in the late 1980s, in 2018 laid off fifty studio worker in order to “get back to a simpler way of working,” as a Science (UK) Ltd. spokesperson told The Art Newspaper that year.

Previous articleWhat Should an Artist do With a Lifetime of Unsold Artwork? – RedDotBlog
Next articleThe Artspace Art for Life interview with Danda Jaroljmek