Curator at Large: Exhibitions to see in March | Rise Art 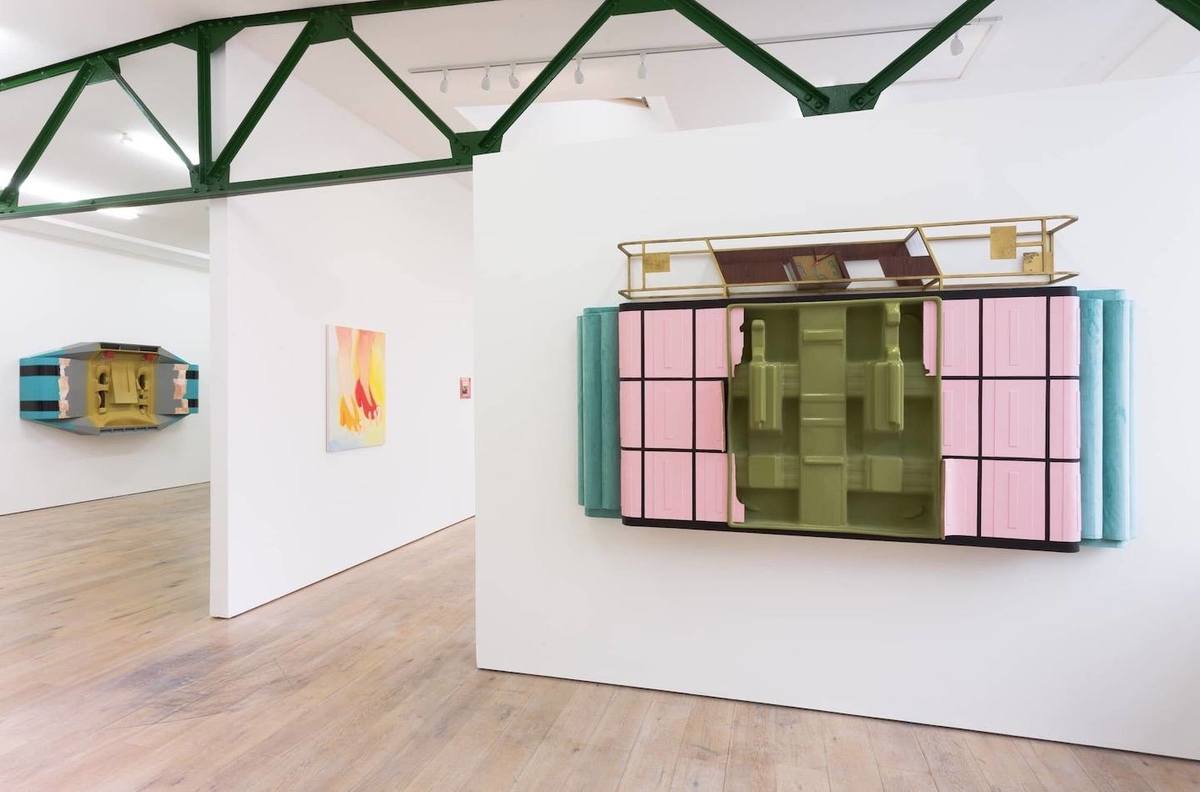 There are more talented artists showing in London each month than there are hours to see and appreciate all of their work. I often find that by the time I get around to visiting that exhibition I have been so desparate to see, it has closed. I am an efficient curator so, in the interest of optimising my artists:hours ratio for gallery visits, I have decided only to visit group exhibitions from now on. If you join me, visiting the four below, you can see 56 artists’ work in just a few hours. You’ll have to check back next month to find out whether my new resolution lasts.

Colour Study of Flowers no.4, 2022 by Eleanor Johnson (courtesy of the artist and Gillian Jackson Gallery)

The character of the nymph first appeared in ancient Greek folklore, where they were depicted as female minor deities who regulated the natural world by controlling phenomena like oceans and trees. Over time, the nymph has generally become thought of as less powerful and less virtuous. The motif of the sleeping nymph became popular during the Renaissance and the Middle Ages brought with it popular stories about mischievous fairies, who were often mistaken for nymphs. Today, our world is chronically out of touch with nature and rife with gendered injustices. Perhaps, as this exhibition curated by Mollie E. Barnes suggests, Reclaiming the Nymph could lead us away from the contemporary problems that we face.

The eight artists on show celebrate femininity, nature and the link between the two. Eleanor Johnson reminds me of Cecily Brown and Flora Yukhnovich in her ability to create a sense of coherence in her abstract paintings. To the Sap Moving in the Plants, to the Blood in My Veins, her large-scale oil painting, impresses onto the viewer a picture that is somehow both obscure and definite. Like reading a page of gibberish and leaving with the impression of a compelling story, looking at the indefinite forms that Johnson paints makes me feel like I am looking at a complete (albeit chaotic) world. I now know that this world is the mystical island of Aeaea, home of Circe; the mythological nymph whose story Johnson’s work responds to.

Elsewhere, Sikelela Owen’s Nina on the Sea is in many ways a mirror image of Johnson’s paintings. Its young subject, though smiling, is surrounded by indeterminate space, a barely painted canvas. An optimistic reading of the painting might be that anything is possible for the child, that the future is hers to define. The dark side to this message – especially pertinent in an exhibition which focusses partially on the climate crisis – is that nothing is guaranteed.

Tom Woolner’s wall-based jesmonite sculptures – specifically, the series of works that this exhibition is named after – depict feet, brains and lungs in the same space and on the same scale as clouds, boats and oceans. Body and world are one and the same in his works; personal identity is bound up with physical features of the external world. This theme, which overlaps with that of Reclaiming the Nymph, recurs throughout the first exhibition in Sid Motion Gallery’s newly expanded space.

This relationship can be simple and joyful. Morgan Wills’ pencil drawings whimsically depict characters laying under sheets of turf and embracing sunflowers – both their inhibitions and the physical boundaries between their bodies and the world surrounding them clearly diminished. It can also be complex and political. C & The Garden of Earthly Delights by Graham Martin is a multi-panel work depicting a a man getting undressed in a wooded setting, his image rendered in the same monochrome tones as the trees around him. The conjunction between identity and the external world already at play on the face of the work comes into focus with the central panel, which depicts a popular cruising spot on Hampstead Heath often referred to as the “fuck tree”. Here the subject’s sexuality, as well as his physical body, is tied up with setting he is depicted in.

Synthetsis, curated by Delphian Gallery & held at the Saatchi Gallery

Waiting for nothing by Harriet Gillett

Unlike the last two exhibitions, there is no overarching theme for Delphian Gallery’s takeover of one of Saatchi Gallery’s spaces. It bills itself broadly as “a heterogenous group of artists being brought together for the quality of their work.” The worry with a group exhibition without a guiding principle is that it might feel directionless or too overtly sales-focussed, like a car showroom. Walking around this exhibition, I am too impressed by the quality of work on show (much of which is by artists I hadn’t heard of before) to take much notice of this worry.

In one corner of the room, a dark and rough painting of a long-haired man’s head being poured into a glass by Vilte Fuller (who is also the subject of a solo exhibition at Niru Ratnam this month) juts out perpendicular to a wall in front of Emily Moore’s The House They Told Me To Build, a mixed media sculpture of a rudimentary shelter built from rusted metal and a palette. With no prescriptive press release in my hand telling me what I should make of the exhibition, my imagination is free to run wild. To me, the combination of Fuller’s christlike protagonist’s tired face and Moore’s D.I.Y home-cum-shrine feels somewhat biblical.

Elsewhere are works by Rise Art favourites Ellie Wang and Harriet Gillett, both of whose works feature pairs of interlinked hands. Wang’s are well-defined, and surrounded by colour and movement. Gillett’s are slightly obscured, almost fading into their abstract background. Both invoke a feeling of tenderness, perhaps offering a quiet moment among the visual busyness of the exhibition around them.

Speaking of Rise Art favourites, Joanna Whittle’s painting Forest Shrine (Revenant) is on show as part of Aggregate 2022, a survey of work by members of the Freelands Artist Programme – an initiative put in place by nonprofit Freelands Foundation to support emerging artists. Like Synthesis, the show offers a broad snapshot of contemporary artists working today rather than focussing on one curatorial theme. Outside of Whittle’s work – which, like most of her paintings, renders an eerie scene in minute physical and emotional detail with the palette of and Old Master – the exhibition incorporates work by artists working in an impressive range of media. “Quantum mechanics, material reprocessing, digital data, classicism, musical notation, micro-biology and architectural modelling” are among those listed in the press release.

This is the only of the four exhibitions listed this month that is not taking place in a commercial gallery. This means that there is less of an emphasis on sales, which explains the variety and adventurousness of the work on show. It would be easy, looking at what most galleries show most of the time, to think that artworks which take the shape of discrete physical objects are the only ones deemed worth seeing. The reality is that these artworks are shown because they are much easier to sell than, say, a 21-minute five-screen video like Freya Dooley’s Eavesdropper, which is on show here.

Whilst I truly do think that the previous three exhibitions I have described are wonderful and important, I am grateful for shows like this one that make clear that there are almost unlimited ways for art to be made and enjoyed outside of the sales-driven commercial art world.

Sabrina Brouwers and Taya De La Cruz are both p