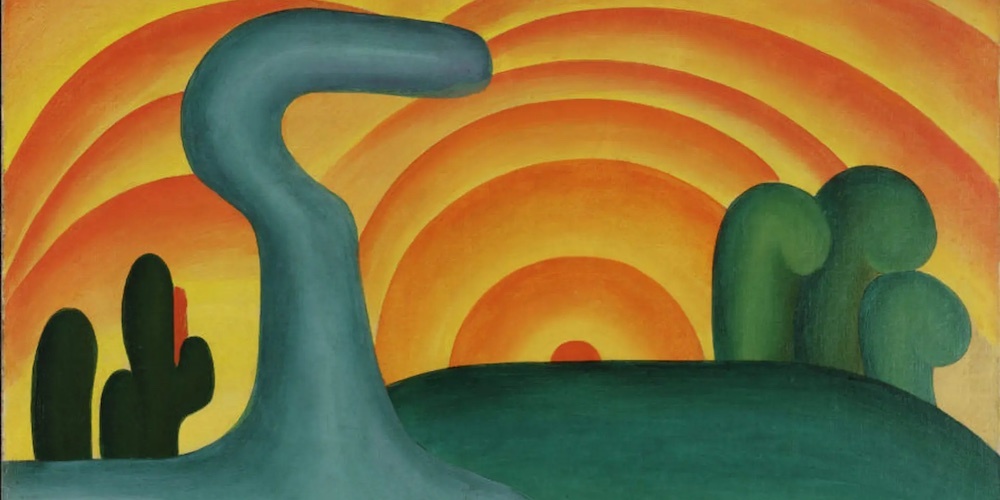 Brazilian police earlier this week discovered a masterpiece by renowned Brazilian modernist painter Tarsila do Amaral under the mattress of a thief whose Rio de Janeiro home they were tossing. Amaral’s famous 1929 Sol poente (Setting Sun), valued at roughly 300 reais ($59 million), was found stashed alongside a trove of other highly valuable works beneath the bed of Gabriel Nicolau Traslaviña Hafliger, one of three people suspected of bilking an elderly widow out of the pieces at the behest of her daughter, who hired the trio to pose as Candomblé spiritual workers.

The total value of the cache was estimated at about $140 million. Among the sixteen stolen works are two others by Amaral—Pont Neuf, 1923, and O sono (Sleep), 1928—as well as paintings by Cícero Dia, Antônio Dias, Di Cavalcanti, Rubens Gerchman, llya Glazunov, Alberto Guignard, Kao Chien-Fu, Kao Chi-Feng, Michel Macreau, and Emeric Marcier. A video circulating on social media shows the police coming across Sol poente. “Well, well, well—look what we have here!” exclaims one officer as the work is retrieved from beneath a slatted bed frame. “Fucking hell!” blurts another as the painting’s wrapping is removed.

According to a police report, the investigation that led to the bust followed on a scam launched in early 2020 by the eighty-two-year-old victim’s daughter, who engaged Hafliger, his mother, and another person in an effort to part the widow from the works amassed by her art-dealer husband. Several of the stolen works were offered for sale: The Latin American Art Museum of Buenos Aires is alleged to have bought two of the paintings, while three others were offered to an unnamed art gallery in São Paulo. At present, the daughter is in custody, as are Hafliger, his mother, and another con artist; warrants are out for two other individuals believed to have been involved in the scheme.