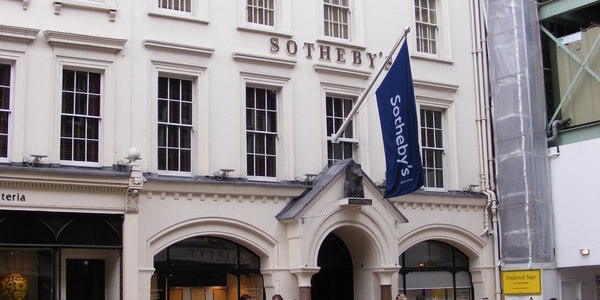 Top-tier auction houses Christie’s, Sotheby’s, and Bonhams have all called off their sales of Russian art, slated to take place in London in June, as Vladimir Putin’s invasion of Ukraine grinds on and the crisis in that country deepens. The lucrative sales are typically popular with Russian collectors, and a number of the wealthiest—including Putin allies Petr Aven, who recently departed the board of London’s Royal Academy, and Roman Abramovich, cofounder of Moscow’s Garage Museum—are now on a continually lengthening sanctions list. All three auction houses confirmed that they would hew closely to regulations forbidding dealings with sanctioned individuals or organizations, and that they will intensify scrutiny surrounding them.

Sotheby’s was the first to cancel its sale, noting on March 15 that it was “actively supporting those impacted by the tragic events unfolding in the region through corporate and employee fundraising.” Christie’s followed suit the same day, saying it had a “responsibility to respond to our clients’ needs and to geopolitical events that are out of our control.” Bonhams on March 16 scrubbed mention of its Russian art sale from its website. Sotheby’s has additionally shuttered its Moscow outpost.

In the meantime, Russian-owned auction giant Phillips is facing a threat of boycott, according to The Guardian. Though the company donated $7.7 million—the entire proceeds of a single evening’s sale—to the Ukrainian Red Cross, and though CEO Stephen Brooks publicly denounced Putin’s actions in Ukraine, “those calling for the company to be shunned argue that only a boycott will force its Russian business figures—such as its owners Leonid Friedland and Leonid Strunin—to put pressure on the Kremlin.”