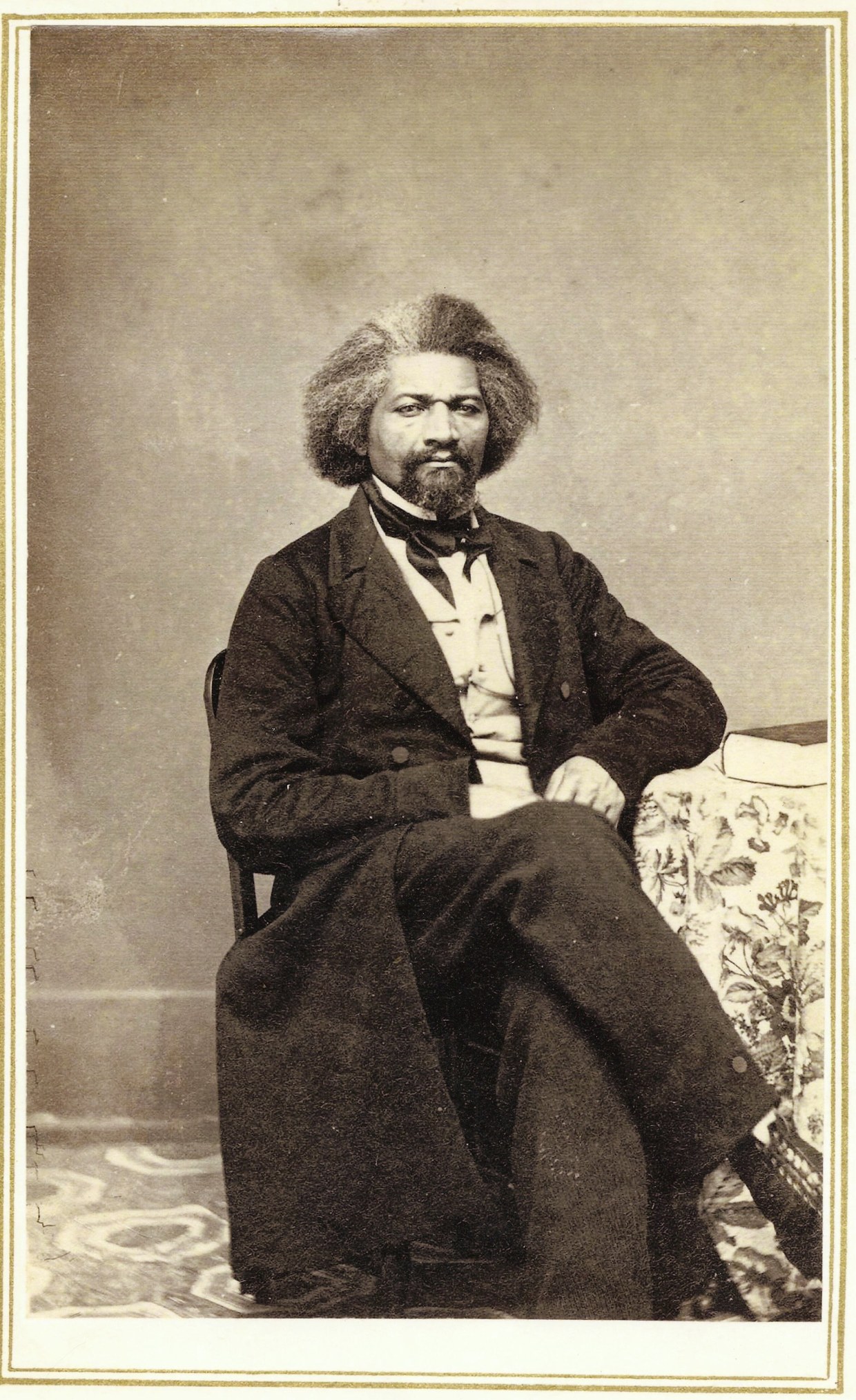 As photography became more popular and less expensive over the last century, people from all walks of life began to pick up cameras to record their surroundings. Because of a history of racism and ignorance from larger, mainly white archival institutions such as museums and libraries, these records carry more weight than ever for many Black photographers who got to spend years or decades detailing the day-to-day lives of their communities.

Frederick Douglass is best known for his civil rights activist and intellectual work. He was, however, the most photographed black American of the nineteenth century. In addition, he advocated for photography to advertise change in society for Black equality.

In that spirit, this article examines how Black Americans in the nineteenth century used photojournalism as a tool for self-empowerment and social change, using pictures from the David V. Tinder Collection of Michigan Photographers at the University of Michigan’s William L. Clements Library.

Portraits Inside A Black Studio

Douglass once said of photography’s accessibility during his time, “What was once the special and unique privilege of the wealthy and powerful and excellent is now the privilege of all.” “Even the poorest servant girl can now own a portrait of herself that kings’ wealth could not buy fifty years ago.”

Posing for a photograph had become an act of empowerment for African Americans. It served as a counter-argument to racist caricatures that distorted facial characteristics and mocked Black society. African Americans in wealthy and poor settings took part in photography to show the dignity of the Black experience.

The daguerreotype, a picture printed on refined silver-plated copper, was the first order to achieve good photography results. Because the process allowed photographers to print images on paper, the discovery of carte de visite photographs, accompanied by cabinet cards, changed the culture of photography. Cartes de visite are portraits of the dimensions of a business card that are printed in multiple copies on a single sheet. When images were printed on paper instead of metal, they became more cost-effective to generate, and everybody could commission a self-portrait.

It was stylish during the Victorian era to swap cartes de visite with family members and gather them from visitors.

Arabella Chapman, an African American school teacher from Albany, New York, created two photo albums with cartes de visite. The first was a private album of household photos, while the second featured best friends and political figures for publicity purposes. Thanks to the creation of each book, Chapman was able to store and start sharing her photographs as affectionate keepsakes.

When visual art became a profitable model, African Americans established their own photography production companies across the country. In 1847, the Goodridge Brothers opened one of the first Black photography studios. In 1863, the company relocated from York, Pennsylvania, to Saginaw, Michigan.

Glenalvin, Wallace, and William were well-known for their studio portraits, which they created using a wide range of photographic techniques. They also made 3D images by printing documentary photography on stereo cards.

Saginaw, Michigan, was a growing community, and the brothers photographed new structures in the area. They also recorded natural disasters that occurred in the area. Photographers would take 3D images of fires, floods, and other destructive events to document the impact of the incident first before the town rebuilt the place.

While modern institutions would have us believe otherwise, it’s evident that Black Americans were not only present but had a huge influence in both the development of photography and the social rights movements of the time.