Berlin to Repatriate of Artifacts from Cameroon, Namibia, and Nigeria 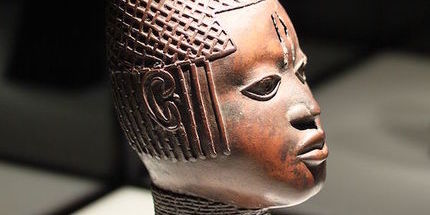 The Prussian Heritage Foundation (SPK), the federal body responsible for overseeing Berlin’s Humboldt Forum, has announced that it has agreed to return objects to Cameroon, Namibia, and Nigeria. The revelation follows months of talks between German museum officials and those from the African nations who will receive the items, which were stolen during Germany’s colonial rule of the continent.

Among the objects being restored to their rightful national owners are twenty-three artefacts, including tools and jewelry, which had been held at the Berlin Ethnological Museum and last month were sent to Namibia for research purposes. They will  remain in the country. “If we now return these objects permanently, we will support our Namibian partners in reconstructing the history of their country,” said SPK president Hermann Parzinger.

Cameroon is set to welcome back a sculpture of the mother goddess Ngonnso, which holds great spiritual significance for the country’s Nso’ people. It had been housed at the Berlin Ethnological Museum since 1903, following its theft from Cameroon by a German officer, who donated it to the institution.

Nigeria will finally see the return of more than four hundred Berlin bronzes, part of a trove of artifacts looted from the kingdom of Benin, as Nigeria was then known, in 1897 and dispersed across the Western world. The return of the items was approved by the board of the SPK last year; on July 1, German culture minister Claudia Roth and foreign minister Annalena Baerbock and Roth will sign a memorandum of understanding with their Nigerian counterparts, Zubairu Dada and Lai Mohammed, clearing a path for the transfer of the objects.

“The decision [to return the looted objects] makes clear that the issue of the return of items collected in a colonial context does not always come down to injustice,” said Parzinger. “The special significance—in particular spiritual—of an artefact for the community it originated from may also justify return.”

Previous articleWhich Type of Intellectual Property Protection Do I Need? – art business journal
Next articleHow-To: How to Shop Art for the Entryway