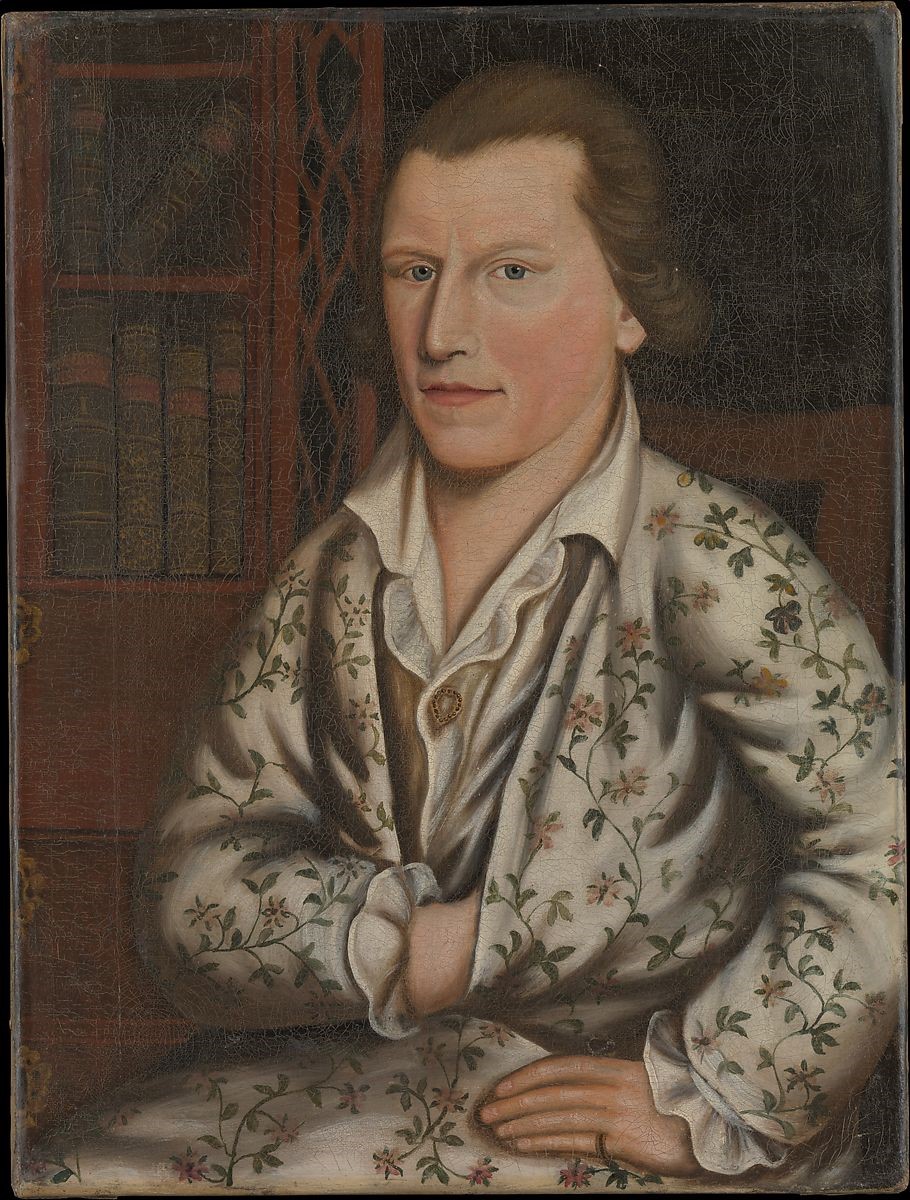 Prince Demah was an American painter of African ancestry who was formerly enslaved and active in Boston in the late 1700s. Demah is “the only known enslaved artist working in colonial America whose paintings have survived.” In 1773 William Duguid sat for Prince Demah, a painter of African descent, who was then owned by a merchant named Henry Barnes. Impressed with his talent, Barnes took him to London in 1771, where he trained briefly with British portrait painter Robert Edge Pine who later moved to Philadelphia. There, he learned how to prepare oil paints and how to paint a portrait. Demah formed his ideas of how professional artists should interact when painting portraits from real life. Demah’s story is extraordinary; he is the only enslaved artist working in colonial America whose paintings are known to have survived. Three portraits by him have been identified to date.

The portraits of his owners, Henry and Christian Barnes of Marlborough, Massachusetts, were given to the Hingham Historical Society by Susan Barker Willard. Although unsigned, they are also thought to be by Demah.

In 1775, after a series of threatening incidents, including the tarring and feathering of Henry Barnes’s horse, the Barnesses fled to England. In April 1777, at the outbreak of the American Revolutionary War, the artist remained in Boston, identifying himself as “Prince Demah, limner” and a “free Negro.” He enlisted in the Massachusetts militia in 1777 to fight against the British. The enlistment records show he identified himself as only “Prince Demah”, discarding the name of his former owner.

Demah died of an unknown illness the following year. On March 11, 1778, he wrote his will, which he signed as “Prince Demah of Boston…a limner” and a “free Negro.” Demah bequeathed his estate to his “Loving Mother Daphne Demah”. His burial was recorded a week later at Trinity Church, Boston, where he and his mother who was also a slave were baptized.