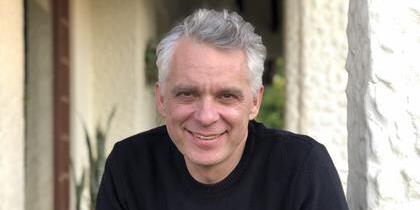 Anthony Huberman has been appointed executive director of the John Giorno Foundation, the New York–based organization dedicated to the preservation and promotion of work by the eponymous American artist, poet, and activist; additionally, he will serve as artistic director of its venue, the Bunker. Huberman takes the reins from the foundation’s inaugural director, Elizabeth Dee, who has occupied the role since 2020. He arrives to the foundation from San Francisco’s CCA Wattis Institute for Contemporary Arts, where he has served as director and chief curator since 2013.

In his new capacity, Huberman will oversee programming at the Bunker, housed in a historic loft on the Bowery that the poet took over from his friend William S. Burroughs on the writer’s death in 1997. According to a press release, “In the spirit of Giorno’s lifelong commitment to artist-centered forms of mutual aid, Huberman will develop a program at the Bunker where artists, poets, and musicians gather and share their interest in the work of other artists, poets, and musicians in a regular series of lectures, performances, salons, and retreats.”

He will additionally be charged with leading the foundation into the next phase of its history, expanding itsprogramming, publishing and scholarship initiatives, and grants for the LGBTQ+ community, and elevating the international profile of Giorno’s renowned collaborative work Dial-A-Poem. As well, the foundation is planning to inaugurate a study center and library dedicated to the history of artist-curated exhibitions.

Before coming to CCA Wattis, Huberman in 2010 founded the Artist’s Institute at Hunter College in New York. He previously served as chief curator at the Contemporary Art Museum St. Louis and as curator at Paris’s Palais de Tokyo and New York’s SculptureCenter. Earlier, he was director of education and public programs at MoMA PS1,

The John Giorno Foundation was established in 2020 to provide support for artists, poets, musicians, and the Nyingmapa tradition of Tibetan Buddhism, to which Giorno, who died in 2019 at age eighty-two, had committed himself after traveling to India in 1971. The foundation arose from the ashes of Giorno Poetry Systems Institute, Inc., the artists’ collective, nonprofit organization, and record label established by Giorno in 1974.