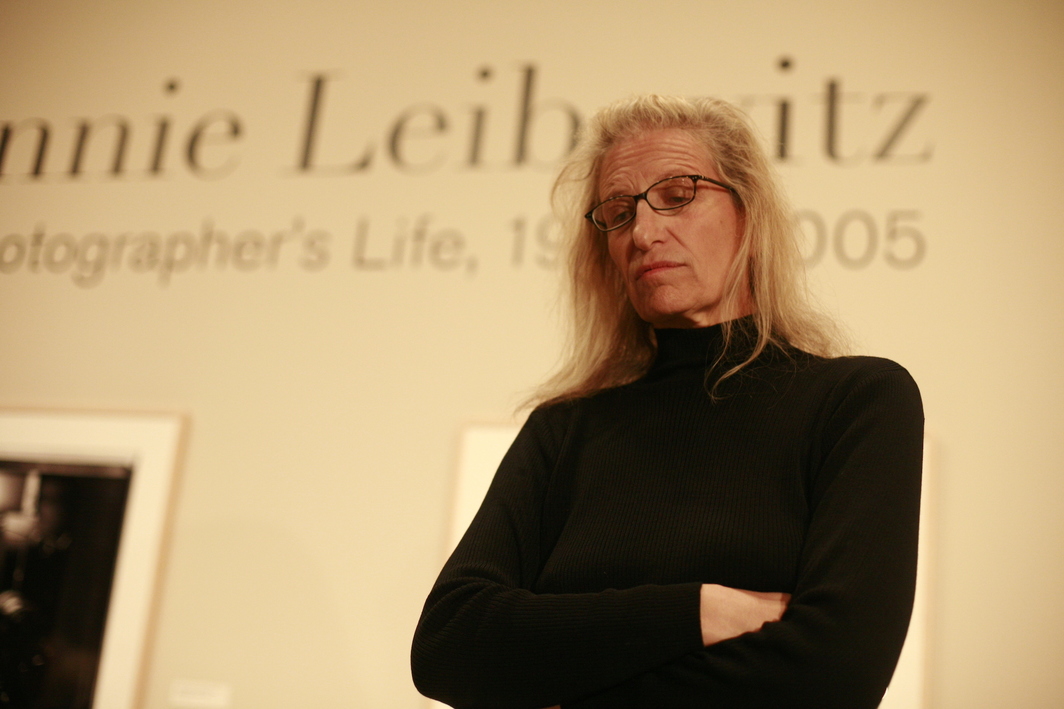 A series of portraits of Ukrainian president Volodymyr Zelensky and first lady Olena Zelenska shot by renowned photographer Annie Leibovitz for a digital issue of Vogue have provoked dissent around the world. Zelensky—who on Russia’s unprovoked February invasion of Ukraine is famously reported to have met offers of evacuation with the retort, “I need ammunition, not a ride”—is depicted in his typical outfit of an olive-drab T-shirt and matching fatigues snuggling his wife in the presidential compound in Kyiv. Zelenska, wearing clothes attributed to various Ukrainian designers, appears solo on the digital “cover” as well as alongside female Ukrainian soldiers at Antonov Airport in the Kyiv suburb of Hostomel in front of the wreckage of the Antonov-AN 225, the world’s largest plane, which was destroyed by Russian forces at the start of the campaign.

The photo shoot sparked the ire of Republicans especially. “While we send Ukraine $60 billion in aid Zelensky is doing photoshoots for Vogue Magazine. These people think we are nothing but a bunch of suckers,” tweeted Representative Lauren Boebert of Colorado. “Biden: Let’s continue to send billions of dollars in foreign aid to Ukraine, they need it!” tweeted Representative Mayra Flores of Texas. (The Daily Mail  noted that there is no evidence that any of the $60 million allocated to Ukraine to date by the Biden administration was used to fund the shoot.)

The pictures additionally raised the hackles of those in the worlds of art and letters, prompting sardonic responses from writers Zoé Samudzi and Greg Allen on Twitter. “This is everything that is wrong with the world and how dangerously photography can intersect with it, wrote artist Adam Broomberg in a viral Instagram post. “The idea of a conflict zone as a backdrop for an @annieleibovitz shoot for @voguemagazine is vile . . . Somehow deep down I think these pictures confirm our need for a binary understanding of the world as good and evil, for an outdated model of male heroes with their female enablers.”

Not everyone was appalled however. “Set aside the absolutely lunatic idea that a world leader cannot meet with celebrities in the midst of a global crisis—a notion the ghosts of Winston Churchill and Franklin D. Roosevelt  would, in all likelihood, dispute,” wrote Sonny Bunch in the Washington Post. “Let’s get real,” he continued tartly. “Zelensky is meeting with Western celebrities and appearing in celebrity-focused magazines because that is the only way to keep the crisis in his country at the forefront of the American public’s mind.”