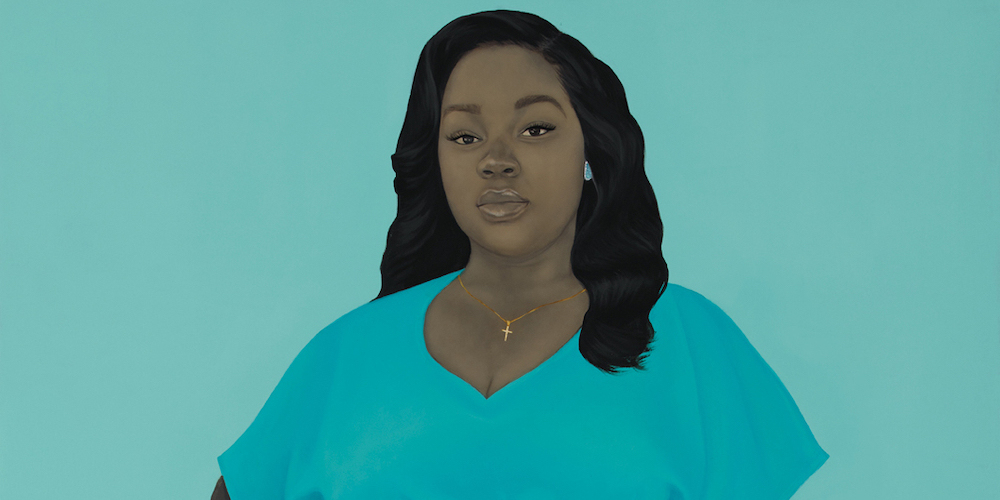 Painter Amy Sherald has given $1 million to the University of Kentucky to establish two student grants named for Breonna Taylor. The money represents the proceeds Sherald obtained by the sale of her 2020 painting of Taylor, who was murdered by Louisville, Kentucky, police on March 13, 2020, after they illegally entered her apartment. The work, originally commissioned for Vanity Fair by author Ta-Nehisi Coates, who was guest-editing the magazine’s issue devoted to Black Lives Matter, was purchased jointly by the Smithsonian National Museum of African American History and Culture in Washington, DC, where it is currently on view, and the Speed Art Museum in Louisville. The painting was prominently displayed at the Speed in last year’s exhibition “Promise, Witness, Remembrance,” organized in Taylor’s honor. Following its sale, which the artist handled personally, Sherald founded a trust whose goal, she said, was “unblock[ing] the challenges historically faced by students pursuing the work of social justice and public service.”

“Nothing can take away the injustice of Breonna Taylor’s death,” said Douglas Craddock Jr., the University of Kentucky’s interim vice president for community engagement, in a statement. “But what we must do is create spaces where Breonna Taylor is remembered and where her legacy can inspire us to carry on the hard work of erasing inequality and divisiveness.”

“I made this portrait for her family,” Sherald, who notably painted former first lady Michelle Obama’s 2018 portrait for the National Portrait Gallery, told Vanity Fair in 2021. “Producing this image keeps Breonna alive forever.”