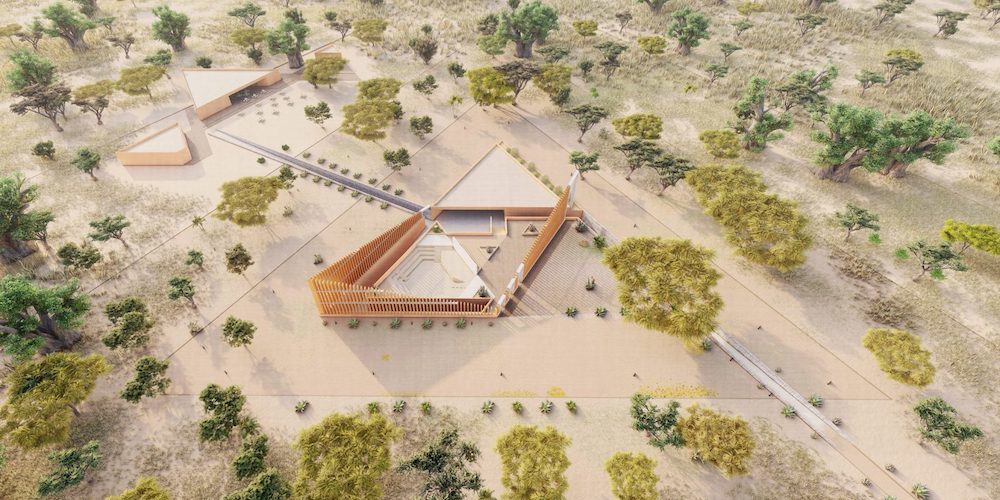 The Josef and Anni Albers Foundation in conjunction with its own grant-issuing, Senegal-focused nonprofit Le Korsa has announced plans for a new museum in Senegal that will serve as both a community center and an exhibition space for art. Bët-bi, as the institution will be known (the name means “the eye” in the local Wolof language), will also function as a waystation for repatriated objects from museums around the world as they make their way back to their rightful homes. The museum will occupy 10,700 square feet and is being designed by Atelier Masōmī, the architecture firm founded by Mariam Issoufou Kamara. The structure is scheduled to be completed in 2025.

Kamara has said that the museum, which will be created using traditional building methods and with the input of local artisans, will respond to the area’s heritage, especially that of the Serer and Mandinka peoples. The former are known for their mystical religion grounded in the natural elements, the latter for their drive for empire and for their monumental architecture, which Kamara named as a touchstone in the museum’s design.The museum is to comprise five triangular structures connected by a walkway and will be situated on an island near the historic city of Kaolack in the Senegambia region of southwest Senegal, which is known for its stone megaliths. Besides hosting exhibitions of contemporary and historical African art and housing a library, the institution will offer tours of the megaliths. The institution is meant to additionally create jobs for and supply an economic boost to local residents: Over half of the country’s residents live in poverty.

Mindful of the fact that many area residents have never visited an art museum, Kamara told The Art Newspaper that “Bët-bi is a public space first and an exhibition space second,” additionally noting that she saw the chance to design the museum as an opportunity to break away from the “typology” of Western institutions, which she views as not suitable for most areas of the world. “For far too long, our region has been a place where cultural wealth is pillaged to profit museum collections,” Kamara noted in a statement. “This project is an opportunity to design a new type of space that’s inspired by the roots and spiritual legacy of the region. It’s a chance to push the boundaries of what defines a museum in the twenty-first century.”

The museum is the latest entrant in the newly burgeoning Senegal art and culture scene, following on the heels of Black Rock Senegal, painter Kehinde Wiley’s closely watched artist residency program in the capital city of Senegal, launched in 2019, and the Museum of Black Civilizations, which opened in Dakar the previous year and has itself already welcomed repatriated objects. Bët-bi’s projected launch comes two years after that of an outpost of the Goethe Institut, designed by Pritzker Prize–winning Senegalese architect Francis Kéré and currently under construction in Dakar.